Citing negligence, invasion of privacy and intentional infliction of emotional distress, Bryant's lawsuit states that in the immediate aftermath of the helicopter crash, at least eight sheriff's deputies at the scene used their cell phones to take personal photos of the victims, three of whom were children.

The filing adds that one of the deputies later showed the images to a woman at a bar, and a bartender who overheard the conversation alerted the Los Angeles Sheriff's Department. However, according to the lawsuit, Villanueva did not follow LASD protocol, and instead told the deputies involved that if they deleted the images, which were not taken for official purposes, they wouldn't be disciplined.

"The Sheriff's Department's outrageous actions have caused Mrs. Bryant severe emotional distress and compounded the trauma of losing Kobe and Gianna," the lawsuit states. "Mrs. Bryant feels ill at the thought of strangers gawking at images of her deceased husband and child and she lives in fear that she or her children will one day confront horrific images of their loved ones online."

A spokesperson for the Los Angeles County Sheriff's Office declined to comment on the lawsuit.

Kobe Bryant, 41, and Gianna Bryant, 13, were on their way to a basketball game with six others when their helicopter crashed on Jan. 26. Everyone on board, including the pilot, was killed. 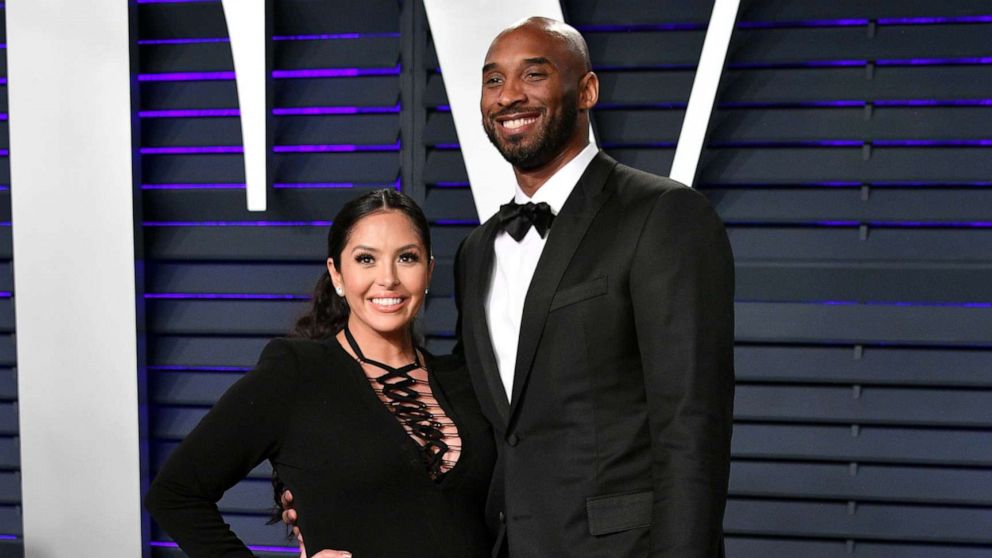 In February, the Los Angeles Times broke the news that deputies took photos at the crash site, and Villanueva later apologized to the victims' families. The sheriff told NBC4 in Los Angeles at the time that his "number one priority was to make sure those photos no longer exist," rather than punish the deputies who took them.

"Had we done the original, usual routine, which was relieve everybody of duty and everybody lawyers up and all that, that would increase the odds tenfold that those photos would have some how made their way into the public domain. And that's definitely what we do not want," he said.

The Los Angeles County Sheriff's Office spokesperson said Tuesday, "As a result of the swift actions we took under extraordinary circumstances, no pictures made it into the public arena. We continue to offer our heartfelt sympathies for the victims and their families."

Villanueva also said previously that he planned to institute a policy that would make it a crime for first responders to take "unauthorized photos of accident scenes that depict the remains of those deceased." The Los Angeles County Sheriff's Office spokesperson also referenced this on Tuesday in a statement: "Shortly following this tragic crash, Sheriff Villanueva sponsored legislation which now makes it a crime for public safety personnel to take and share non-official pictures of this nature."

In August, the California Senate and Assembly approved a bill that does just that, according to the Los Angeles Times, but it has not been signed into law. The bill is currently with California Gov. Gavin Newsom.

Bryant also amended a separate lawsuit last week, naming a second helicopter company, OC Helicopters, in a wrongful death suit she'd filed in the wake of the crash. According to the filing, OC Helicopters founder and owner, Richard Webb, suggested the route to the helicopter's pilot.

"Webb personally checked and monitored weather conditions on the hour every hour and told [pilot Ara] Zobayan that based on the weather reports, the subject fatal flight was doable and was a good flight plan," the lawsuit states. "Webb continued to check weather updates and communicate with Zobayan during the fatal flight, and sent Zobayan a final weather related text 20 minutes after the crash."

A person who answered the phone at OC Helicopters Tuesday told "Good Morning America" that the company had no comment.