Viola Davis says she took on a role she "didn't think [she] could play" when she transformed into the outspoken Blues singer Ma, in "Ma Rainey's Black Bottom."

In a preview event for the upcoming Netflix film, Davis says she decided to play the titular character because of its immense challenge.

"It's like I stopped at the age that I actually saw the play, until I realized, 'Viola, now you are that age,'" she added with a laugh.

Set in the 1920s, the film, based on August Wilson's 1984 stage production, centers on Ma, a legendary blues singer who struggles with her white agent and producer over control of her music amid racial tensions in the music industry. It also follows Chadwick Boseman's character of Levee, an ambitious trumpet player in Ma's band. 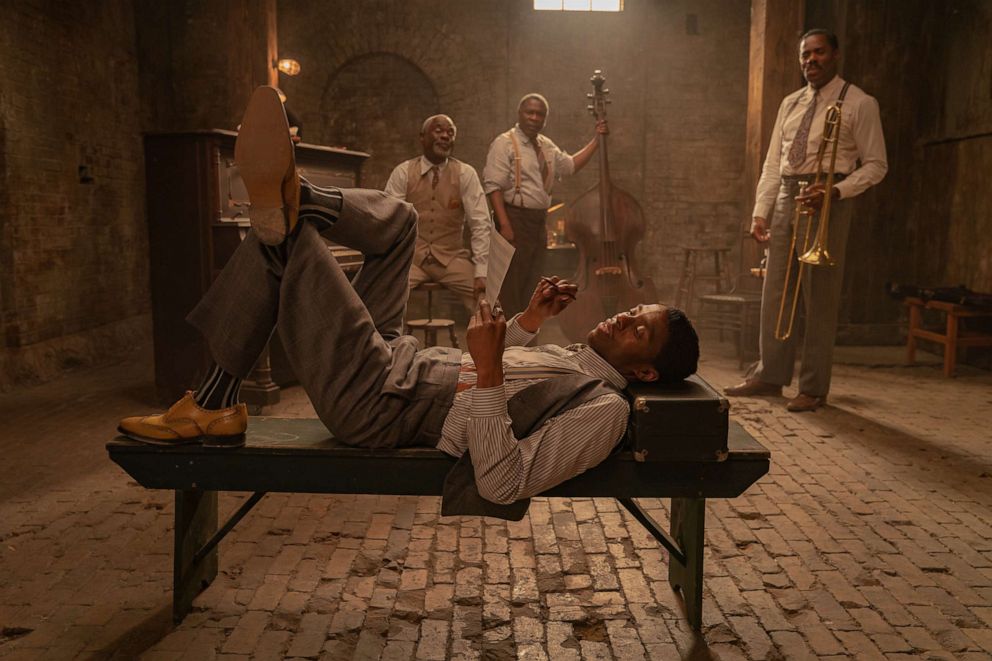 "Well, not to compete with Chadwick's mother, but Chadwick is my baby," Davis said of the late actor, adding that she also played his mother in the James Brown biopic "Get Up."

"Chadwick was just an artist," Davis continued. "That's just who he was. I don't know if people know the exact impact of that statement."

According to Davis, Boseman, who died in August at the age of 43, was a pleasure to watch on set because he knew the importance of both "demanding" respect as a talent, while making sure to show up as a skilled and prepared actor.

"For someone so young, it was incredible to watch," Davis said. "That level of not mistaking your presence for the event. That's what [it was like] working with Chadwick all the time. The beauty of it."