Oscar and Emmy winner Viola Davis is taking no prisoners in the new trailer for "The Woman King," which premieres later this year.

"The Woman King" tells the "remarkable story of the Agojie, the all-female unit of warriors who protected the African Kingdom of Dahomey in the 1800s with skills and a fierceness unlike anything the world has ever seen," according to Sony Pictures.

The film is inspired by true events.

Boyega plays a king forced to deploy his trusted general -- Davis, as Nanisca -- "as she trains the next generation of recruits and readies them for battle against an enemy determined to destroy their way of life." 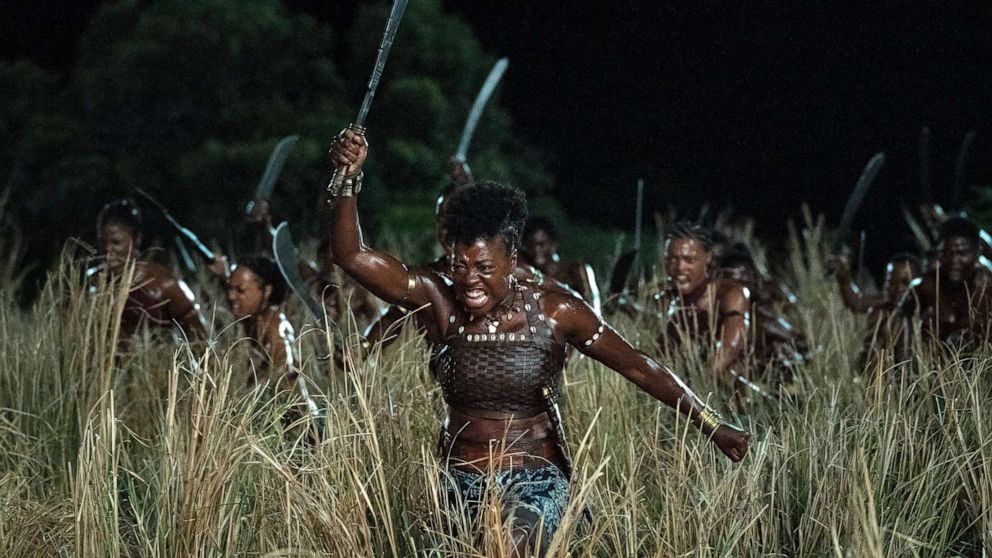 "The Europeans wish to conquer us. We must fight back for our people," Nanisca tells the king in the new trailer.

"You are asking me to take them to war," the king replies.

"Some things are worth fighting for," Nanisca says.

Among the new recruits is "No Time to Die" and "Doctor Strange in the Multiverse of Madness" star Lynch, who plays "a charming veteran warrior," according to The Hollywood Reporter. Also starring in the film, directed by Gina Prince-Bythewood, are Mbedu, who plays Nawi; Sheila Atim, who plays Amenza; and Hero Fiennes Tiffin, who plays Santo Ferreira.

"We fear no one," Nanisca tells her charges in the trailer. "I offer you a choice: We fight or we die."