The "GMA" Book Club pick for April is "Of Women and Salt" by Gabriela Garcia.

Set in present-day Miami, Garcia's debut novel follows the story of Jeanette, who is determined to learn more about her family history from her mother, Carmen, a Cuban immigrant. 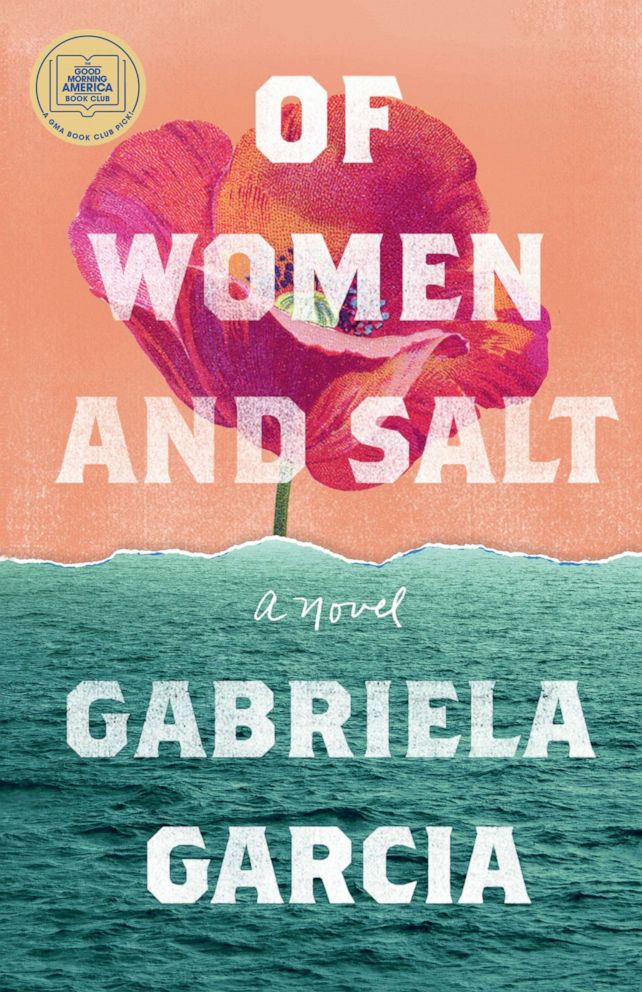 Flatiron Books
"Of Women and Salt" by Gabriela Garcia is the Good Morning America book club pick for April.

When Jeanette isn't able to get answers from her mother, who wrestles with the trauma of displacement and chooses not to talk about her family's history, Jeanette decides to travel to Cuba to understand the past her mother doesn't talk about.

While on her quest, Jeanette uncovers her family's history through a story that links five generations of Cuban women and Salvadoran immigrants and learns about the heart-wrenching choices that they had to make.

"This is a book that centers women, particularly mothers and daughters," Garcia told "Good Morning America." "Women have carried me, made me who I am, and I really wanted to write against tropes that reduce women, in particular, immigrant mothers -- to their suffering or their sacrifice -- and to really portray the depths and the multitudes that exist within every woman."

"It's a book that really looks at the echoes and the effects of histories and of stories throughout many generations," she added. "And it might inspire you to think about how your own choices and desires are shaped by historical forces and by the stories we tell ourselves about ourselves." 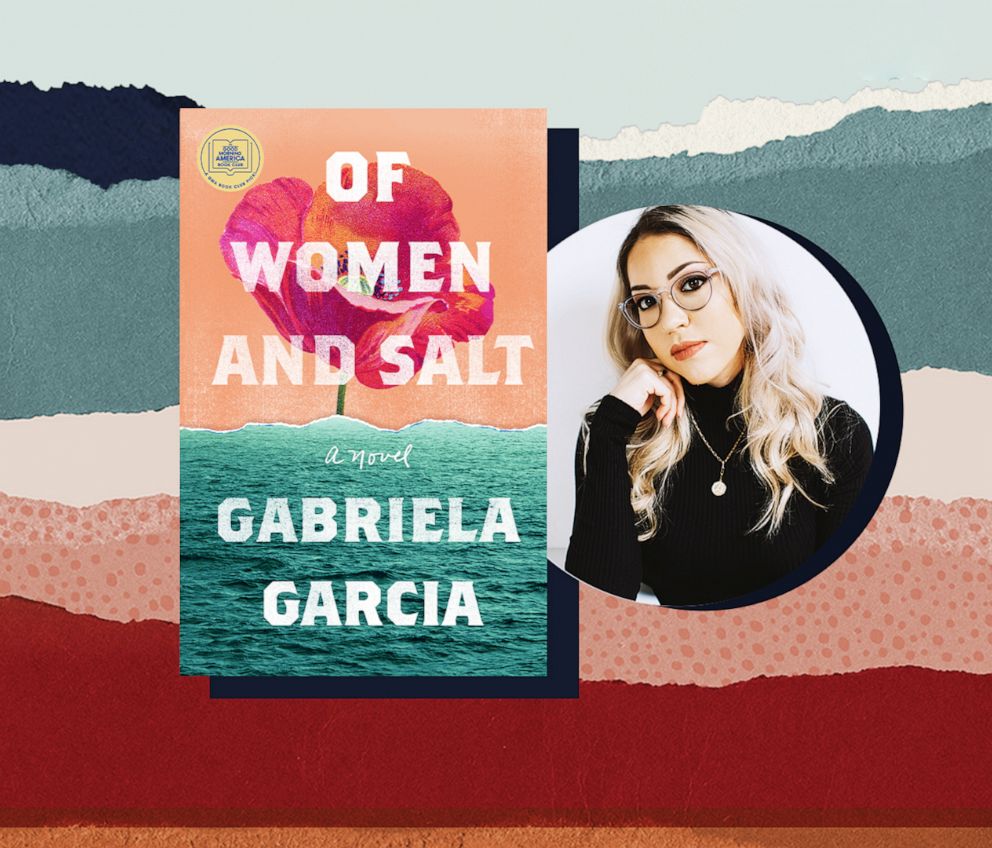 "Of Women and Salt" is available now wherever books are sold. Get started with an excerpt below.

Carmen Miami, 2018
Jeanette, tell me that you want to live.

Yesterday I looked at photos of you as a child. Salt soaked, sand breaded, gap toothed and smiling at the edge of the ocean, my only daughter. A book in your hand because that's what you wanted to do at the beach. Not play, not swim, not smash-run into waves. You wanted to sit in the shade and read.

Teenage you, spread like a starfish on the trampoline. Do you notice our crooked smile, how we share a mouth? Teenage you, Florida you, Grad Nite at Epcot, two feet in two different places. This is possible at Epcot, that Disney tiny-world, to stand with a border between your legs.

Sun child, hair permanently whisked by wind, you were happy once. I see it, looking over these photos. Such smiles. How was I to know you held such a secret? All I knew was that you smiled for a time, and then you didn't.

Listen, I have secrets too. And if you'd stop killing yourself, if you'd get sober, maybe we could sit down. Maybe I could tell you. Maybe you'd understand why I made certain decisions, like fighting to keep our family together. Maybe there are forces neither of us examined. Maybe if I had a way of seeing all the past, all the paths, maybe I'd have some answer as to why: Why did our lives turn out this way?

I blame myself because I know your whole life, you wanted more out of me. There is so much I kept from you, and there are so many ways I made myself hard on purpose. I thought I needed to be hard enough for both of us. You were always crumbling. You were always eroding. I thought, I need to be force.

1. DANCE NOT BEYOND THE DISTANT MOUNTAIN

At 6:30, when all the cigar rollers sat at their desks before their piles of leaves and the foreman rang the bell, María Isabel bent her head, traced a sign of the cross over her shoulders, and took the first leaf in her slender hands. The lector did the same from his platform over the workers, except in his hands he held not browned leaves but a folded newspaper.

"Gentlemen of the workshop," he said, "we begin today with a letter of great import from the esteemed editors of La Aurora. These men of letters express a warm fondness for workers whose aspirations to such knowledge -- science, literature, and moral principle -- fuel Cuba's progress."

María Isabel ran her tongue along another leaf's gummy underside, the earthy bitterness as familiar a taste by now as if it were born of her. She placed the softened leaf on the layers that preceded it, the long veins in a pile beside. Rollers, allowed as many cigars as they liked, struck matches and took fat puffs with hands tented over flames. The air thickened. María Isabel had by then breathed so much tobacco dust she developed regular nosebleeds, but the foreman didn't permit workers to open the window slats more than a sliver -- sunlight would dry the cigars. So she hid her cough. She was the only woman in the workshop. She didn't want to appear weak.

The factory wasn't large, by Cuban standards: only a hundred or so workers, enough to roll for one plantation a mile away. A wooden silo at the center held its sun-dried leaves, darkened, papery slivers the rollers would carry to their stations. Next to the silo, a ladder flanked the chair where Antonio, the lector, sat.

He cleared his throat as he raised the newspaper. "La Aurora, Friday, first of June, 1866," he began. "'The order and good morals observed by our cigar makers in the workshops, and the enthusiasm for learning—are these not obvious proof that we are advancing?'"

María Isabel picked through her stack of leaves, setting aside those of lesser quality for filler.

"'. . . Just go into a workshop that employs two hundred, and you will be astonished to observe the utmost order, you see that all are encouraged by a common goal: to fulfill their obligations . . .'"

Already a prickling warmth spread across María Isabel's shoulders. The ache would grow into a throb as the hours passed so that, by the end of the workday, she could barely lift her head. To fulfill their obligations, to fulfill their obligations. Her hands moved of their own accord. The bell would ring and she'd look at the pile of cigars, smooth as clay, surprised she'd rolled them all. She imagined the layers of brown melding into one another endlessly -- desks becoming walls, leaves becoming eyes, and sprouting arms moving in succession until everything and everyone were part of the same physical poetry, the same song made of sweat. Lunchtime. She was tired.

From Of Women and Salt by Gabriela Garcia. Copyright (c) 2021 by the author and reprinted by permission of Flatiron Books.