While this week marks one year since the World Health Organization deemed the COVID-19 outbreak a pandemic, it also marks one year for millions of Americans who had to adjust their lives to remote learning and working.

But for entertainers whose livelihood is performing in theaters or in front of large crowds, the COVID-19 pandemic put their careers on pause indefinitely. In New York City, many Broadway professionals had to pivot to side hustles or find other jobs in order to pay the bills as they waited for the lights on Broadway to shine again.

And it’s not just performers who have been impacted. On Broadway, where up to 97,000 professionals are hired for shows, those who have also been impacted include hundreds of costume makers.

MORE: Broadway performances cancelled through May 2021

“Most people don’t really see how much there is that goes into what we do for a living in general,” John Kristiansen, president of the Costume Industry Coalition and the lead dress maker at John Kristiansen New York, Inc. “It’s been really week to week trying to figure out what’s going to happen the next week if we’re going to have enough work.”

“Good Morning America” caught up with a few Broadway performers who shared how they stayed afloat financially over the past year.

MORE: Everything to know about the reopening of Broadway

From ‘Aladdin’ to real estate 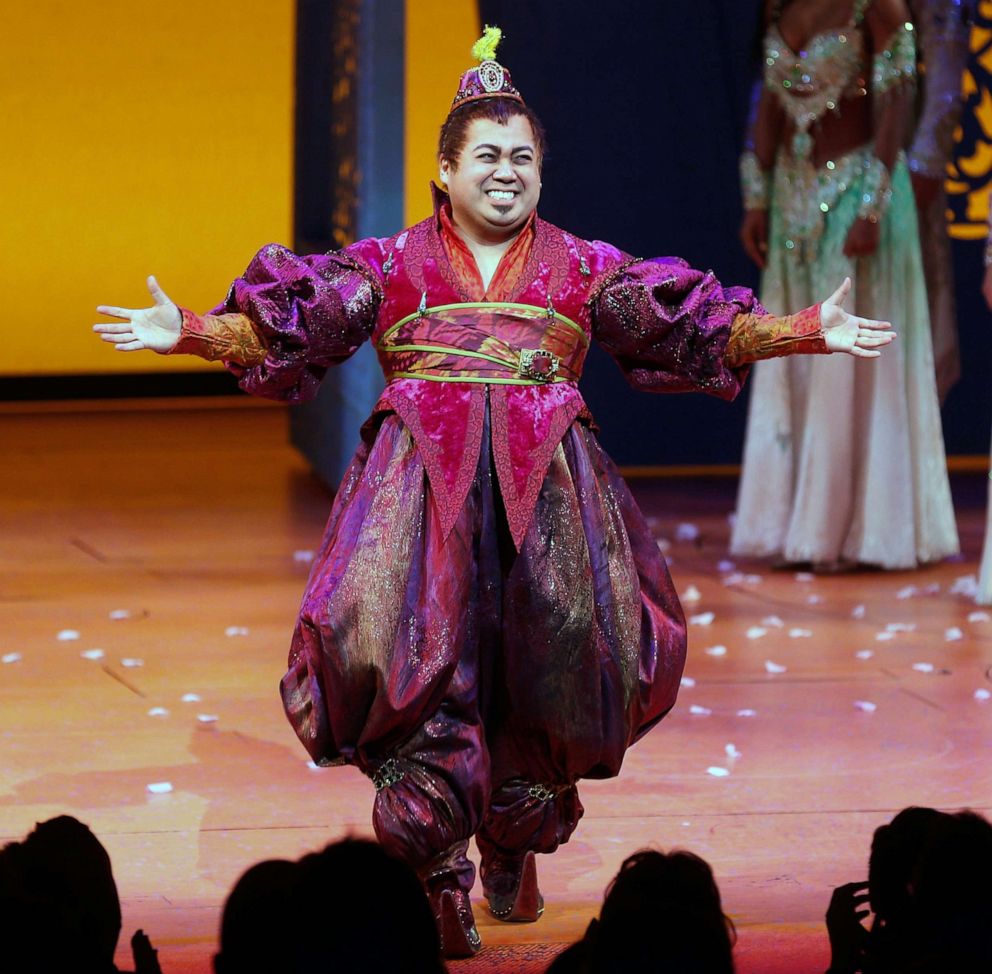 Don Darryl Rivera is known for his show stopping performance as Iago in Aladdin, but when the pandemic hit, Rivera turned to real estate.

“When we were finally told we might not come back until May, it kind of really -- it really set in at that point,” said Rivera when Broadway closed. He said he and his wife just bought a home in New Jersey, and after discussing what he’d do while Broadway was closed, Rivera said he decided on getting his real estate license.

Rivera said selling a house is sort of like a Broadway performance.

“Sales is different than performing the same show on Broadway eight times a week,” he said. “But what’s really great is I have to memorize a lot about houses, how many bedrooms, if there’s a sump pump, if there’s a septic system. So you know, I still get to flex my memory in that way. And I’m presenting the house like it’s the star of the show.”

While it’s unknown when Broadway will open again, Rivera said he looks forward to when he’ll be able to take the stage.

“When we got shut down, obviously that was a big disappointment. I found that I was actually looking back. I found that I was counting the days that I had not been on stage, not been performing, not making people laugh. And that became really hard,” Rivera said. “So once I started to kind of reframe that and shift my focus into looking forward to the next time I’ll be able to be on stage and have people humming ‘Friend Like Me’ or watching a magic carpet take flight, that’s when I started really finding myself again.”

From ’An American in Paris’ to florist in NYC 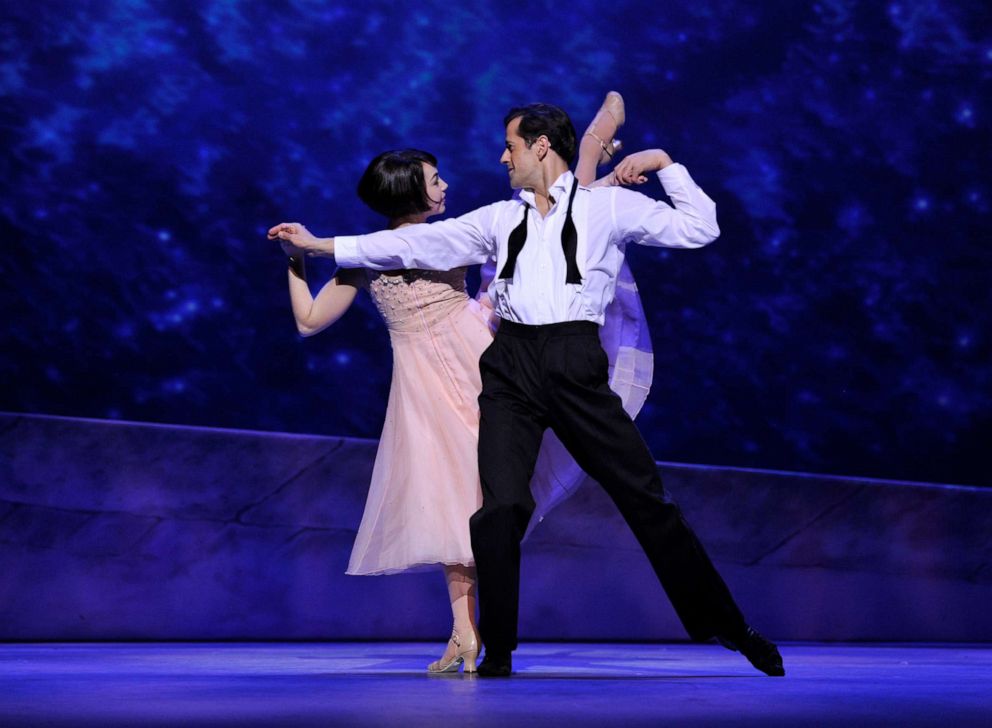 Robbie Jack/Corbis via Getty Images, FILE
Robert Fairchild as Jerry Mulligan and Leanne Cope as Lise Dassin in An American in Paris choreographed and directed by Christopher Wheeldon at The Dominion Theatre on March 14, 2017 in London.

Robert Fairchild made sure the show still went on by creating his own floral company, boo-kay.

The Tony nominee, who has starred in “An American in Paris,” said he discovered his flower business after delivering them to health care workers. 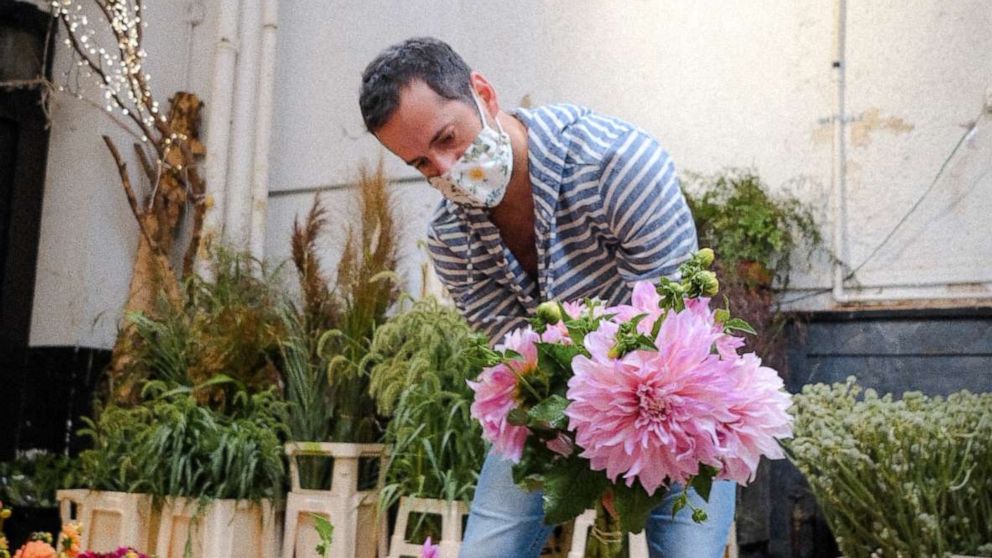 “It filled my soul just like when the curtain comes down and comes back up and you take your bow, there is that moment where you get to see the enjoyment of the recipient or the audience member,” Fairchild said. “And I hadn’t felt that joy until I made flowers.”

MORE: Bride and florist team up to donate flowers after postponing wedding due to coronavirus concerns

Fairchild, who has been a performer in New York City since 2004 and has danced with the New York City Ballet as a principal dancer, said his flower company took off during the pandemic because many people wanted to send their love to others when they couldn’t see each other in person.

“It’s been quite a journey,” Fairchild said. “But I’m so grateful to be able to work with something so pretty every day. It feels so good to be able to contribute.”

From ’Hercules’ to a clothing line 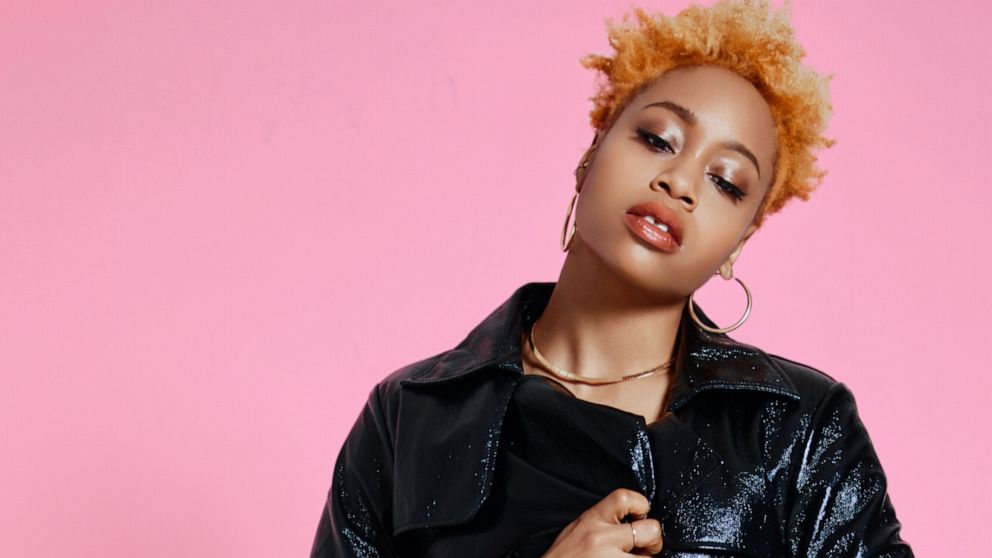 Tamika Lawrence, who has starred in various Broadway shows, including “Hercules,” “The Book of Mormon” and has also received two Grammys, said the pandemic affected her emotionally.

“When the shutdown happened, I was a bit depressed,” she said. “It’s been highs and lows. I felt an existential crisis.”

But with the help of her mother, Lawrence said she was able to explore another interest that has always attracted her in the past: fashion.

“My mom called; she was like, ‘This is the time to start the thing that you’ve been wanting to do,’” Lawrence said. “So she helped me to some YouTube details about how to take your clothing designs and work with third-party distributors and to get clothing out the door.” 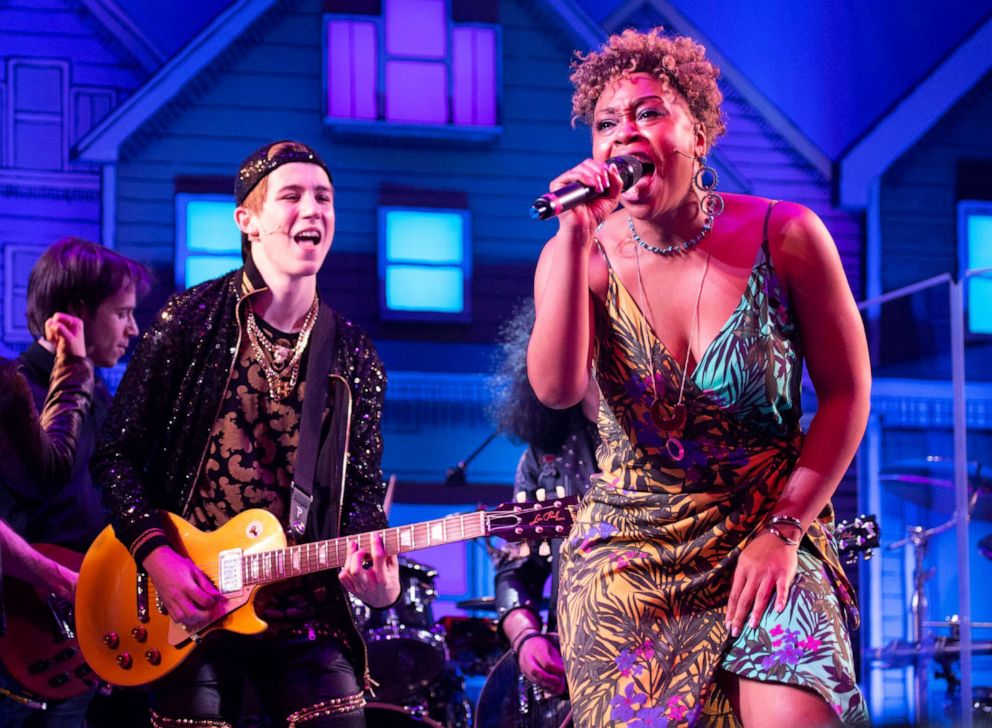 “The unofficial tagline for ReadySetWear is 'wear the reality you want to see,'” Lawrence said. “It’s really important to keep it real and hopefully, through my clothing line, people are keeping it real.”