A Pennsylvania family is sharing their 10-year-old's unsettling encounter with a stranger in the hopes of helping other families with kids create a plan for unwanted encounters.

Sammy Green, 10, was on his way home from school one afternoon in Pottstown, Pennsylvania, when a woman started following him, in an incident caught on surveillance camera footage.

Sammy told "Good Morning America" the woman approached him and started talking to him. 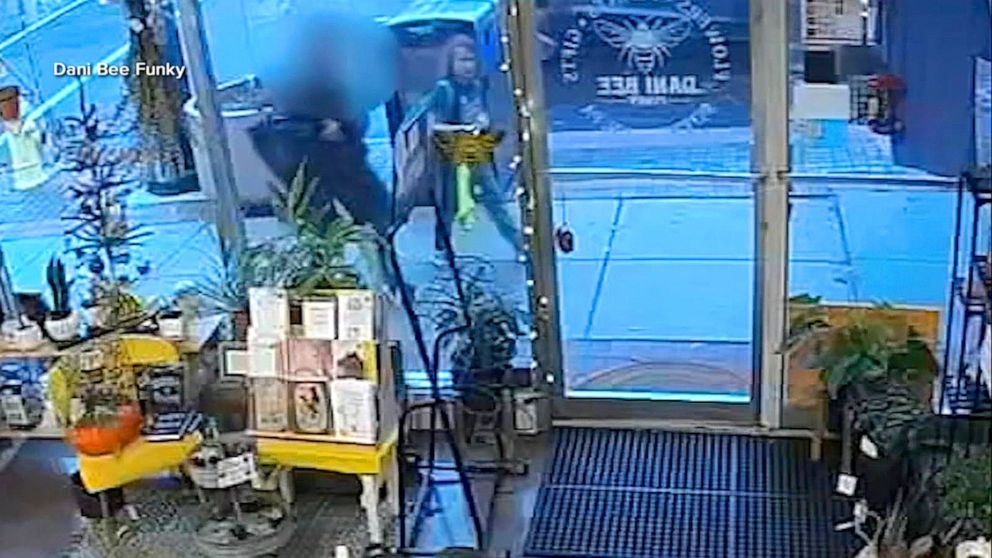 Courtesy of Dani Bee Funky
Surveillance video footage caught an interaction between Sammy Green, 10, and a stranger in Pottsdam, Pennsylvania.

"She's talking about like, 'I'm going to Wawa. Are you going to Wawa? What are you getting from Wawa?'" the boy recalled, referring to the convenience store chain commonly found in Pennsylvania. "And she was like, 'Where's your family at?'"

The interaction didn't feel right to Sammy and he said he soon felt uncomfortable.

"I was scared and shaking, so I was thinking something really fast," Sammy said.

Despite his fear, he said he remembered what his dad had taught him: "If you're getting followed, don't trust them. Just act casual and go by any adult." 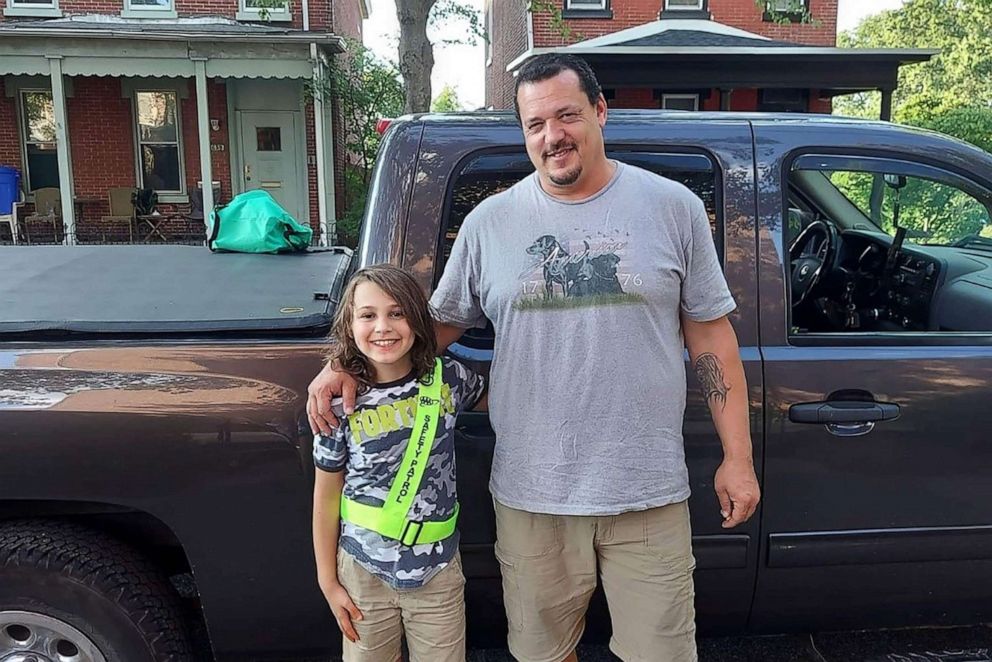 Courtesy the Green family
Samuel E. Green poses for a photo with his dad, Sam Green, in undated photo Nov. 17, 2022.

Sammy then quickly jumped into action to save himself. 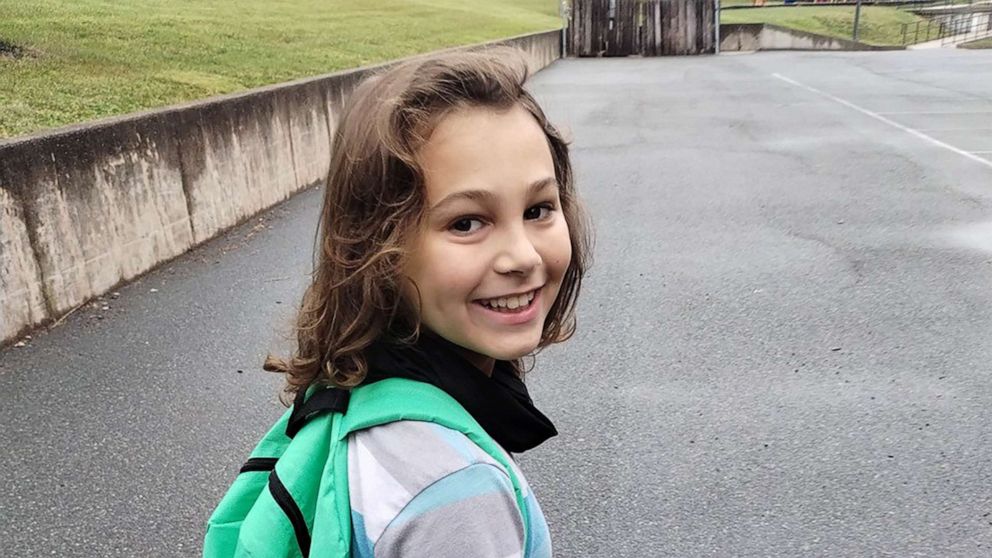 Photo: Handout
In this photo provided by his family, Samuel E. Green is seen in undated handout photo provided on Nov. 17 2022. When Sammy discovered he was being followed by a stranger one afternoon, he remembered what his dad taught him to stay safe. Handout

He noticed a familiar store and went inside, making his way toward the cashier -- a 17-year-old named Hannah Daniels.

Sammy then whispered in Daniels' ear, telling her his plan.

Daniels told "GMA," "I just thought of a regular interaction with a mother and her son. But the woman stood in the doorway, kind of hanging there, and I could tell she wasn't coherent."

Daniels then went to the door where the stranger was and put herself in between Sammy and the woman, closed the door and then locked it. The woman would end up walking away from the store.

Afterward, Daniels when to check on Sammy. "My first thought was just to make sure that Sammy was OK," she said. "And then he went back home to the people that he belonged with and his family."

Sam Green, Sammy's dad, said he's thankful to Daniels and his son for how they handled the situation. 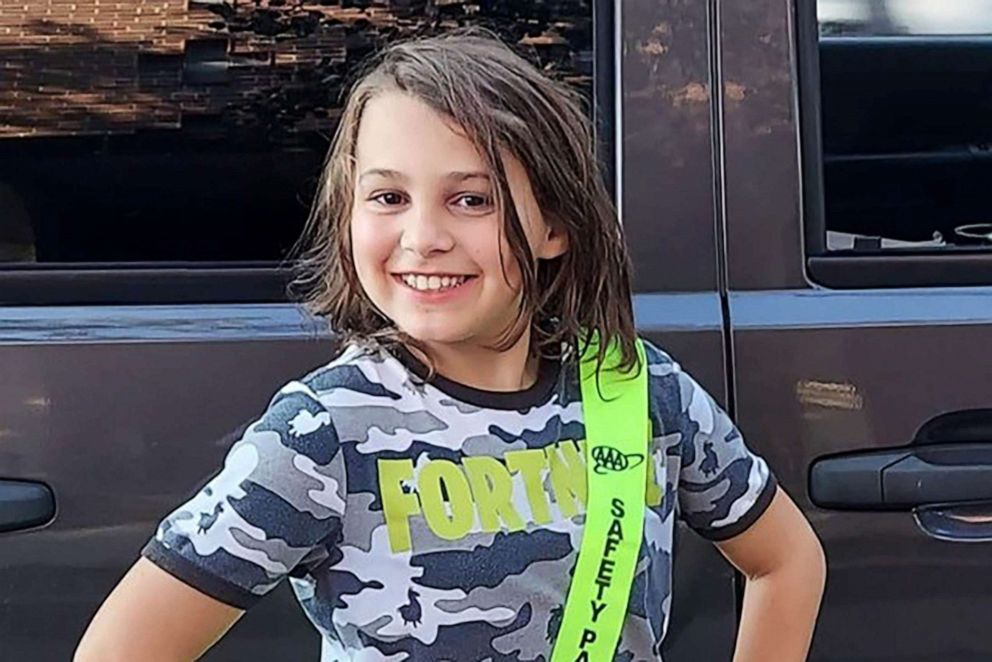 "Watching that video, man, I cried every time I saw it," Green told "GMA." "I'm just so proud of my son for doing what he did."

Child safety experts say Sammy did everything right in this scenario.

"He knew he was in a risky situation. He knew things weren't quite right and he trusted his gut and he went and looked for help," Callahan Walsh, a child advocate for the National Center for Missing and Exploited Children, told "GMA."

"Children need to know that they can speak up. If something is making them feel scared or uncomfortable, they have the ability, they have the right, to speak up to an adult, a trusted adult."

Sammy's family said they don't plan on pressing charges against the woman, who police say has a mental illness.

Green though, said he wants other families to see the video footage and talk to their children and make a plan for what to do if approached by a stranger.