The makers of the Ring camera system are partnering with the National Center for Missing and Exploited Children to help use their network and technology to find missing children.

Starting Wednesday, missing child posters will appear directly in Neighbors by Ring, an app where users get "real-time crime and safety alerts from your neighbors and local law enforcement," according to the app's description in Apple's App Store.

The National Center for Missing and Exploited Children's missing child posters will be targeted to a three to five mile radius from where a child was last seen.

"We believe this is a game changer because this is something they can do in real time," said Jamie Siminoff, chief inventor and founder of Ring. "And we know that the faster you are able to get to an engaged community the higher likelihood you are of having a positive outcome."

The Neighbors app is free and can be used by people who do not own Ring cameras, which have faced scrutiny recently after multiple families in the U.S. reported incidents of Ring camera systems being hacked.

The Neighbors app already claims a success story. Last year, after a 14-year-old boy went missing in Albuquerque, New Mexico, his parents posted a photo of him on the app with a plea for help. 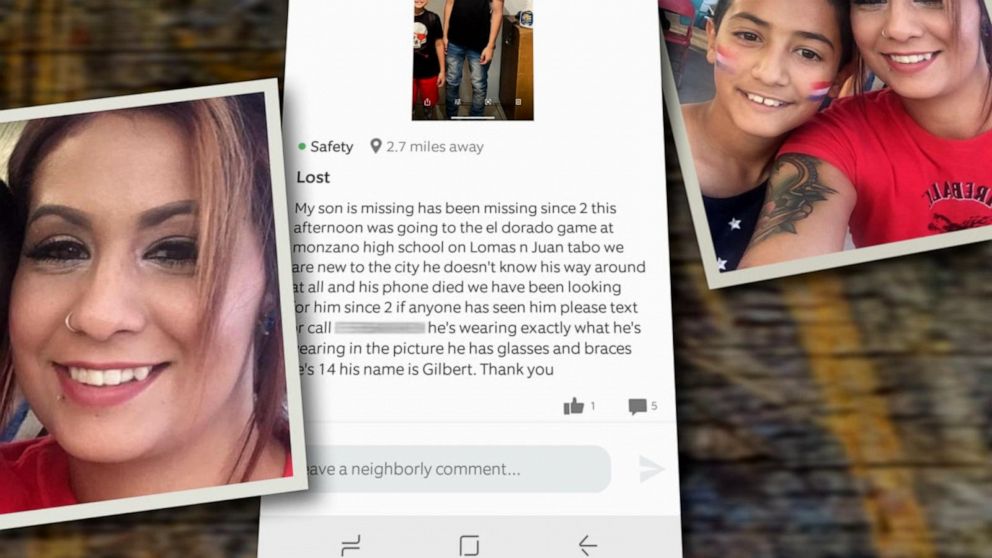 Neighbors by Ring
The parents of a 14-year-old boy in New Mexico boy posted a plea for help on the Neighbors app.

Less than an hour after his photo was posted, the boy's parents got a call from a man who saw the post, recognized the teen and waited with him until his parents arrived, according to Ring.

The first child featured in the Neighbors app through the new partnership with the National Center for Missing and Exploited Children is Alicia Navarro, who has been missing from Glendale, Arizona, since Sept. 15, just before her 15th birthday. Police in Glendale are now working with the center to expand their reach and ask the public for tips. 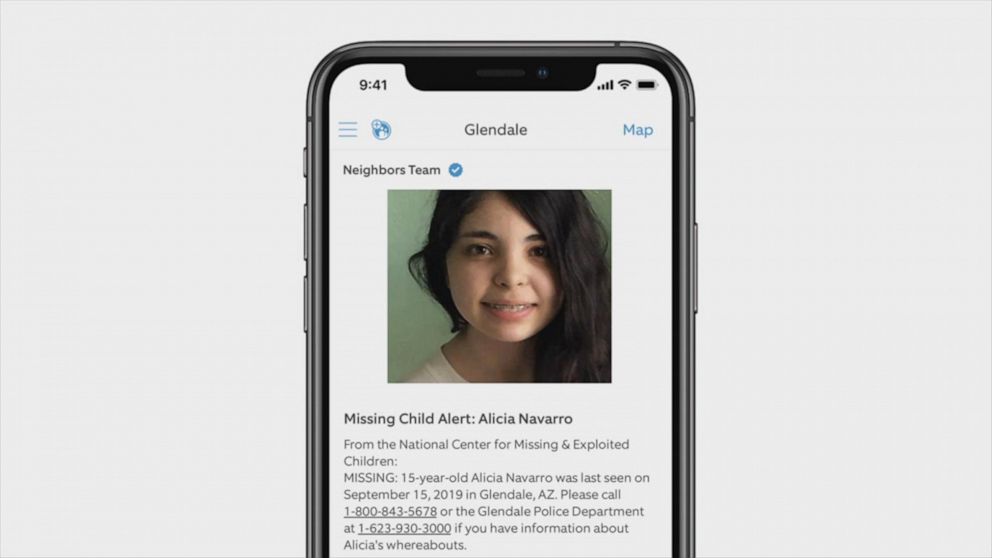 "When a child goes missing time is of the essence,” said Walsh. “And getting these posters and this information about our missing children out to the community as quick as possible is a great example of harnessing technology, leveraging these communities to help bring children home faster than ever before.”