A South Carolina father was forced to take matters into his own hands while driving his wife in labor to the hospital and, boy, did he deliver -- literally!

Robert Millerbernd told ABC News Charleston affiliate WCIV all about the wild ride from their home in Goose Creek to East Cooper Hospital as his wife, Dominique, was in a race against the childbirth clock.

After his wife's water broke last Friday, Millerbernd said, "I stepped it up a little bit, going a little faster." 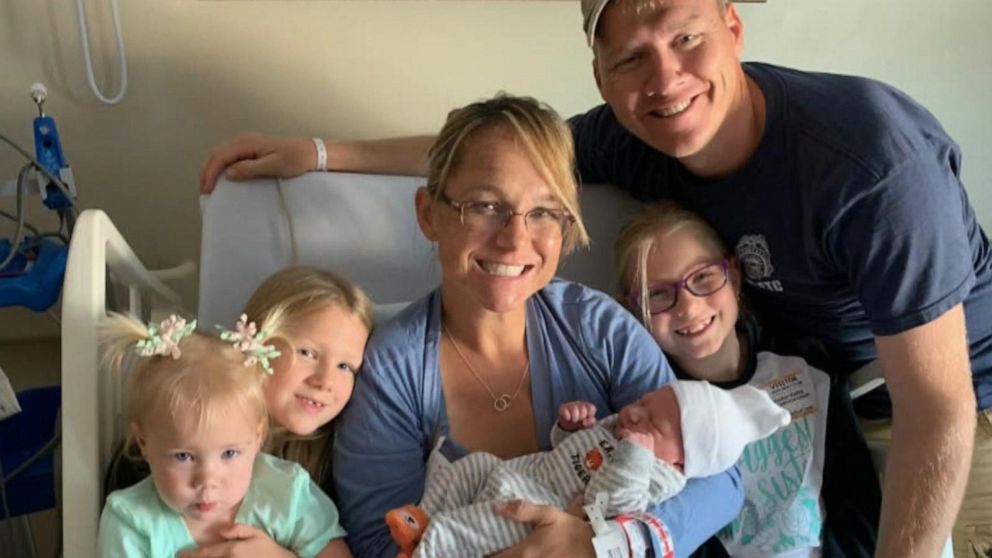 He called 911 and told the dispatcher he was "driving about 90 [MPH]" and "didn't want anyone to freak out" as they were on their way to Mt. Pleasant.

"I was facing backwards with my eyes closed, screaming trying to breathe, trying not to have the baby in the car," Dominique Millerbernd said of the nearly 30-minute ride via I-26.

Once she felt the head crowning, Robert Millerbernd said he "transitioned to driving with my knees reached over with my left hand and my right."

"He started to come right out," he said of his son.

The father, who had never delivered a baby before, said their newborn baby "started crying right away."

They made it safely to the hospital, where he rushed into the emergency room and told the attendants they had a baby in the car.

Wyatt is the couple's fourth child and first boy, but it was by far her speediest delivery.

"My first was four hours, my second was five hours, third was nine," the mom said of the births of her daughters. "I thought this one would be longer."

But Wyatt's birth didn't even take an hour -- he was born in only 40 minutes.

The couple is originally from Minnesota, but, because of Robert's Millerbernd's job in the U.S. Navy, the family moved to the South, where they are enjoying their growing family.

The happy parents said Wyatt is "a healthy little man."