A family of two became a family of six in just a few weeks when an Ohio couple agreed to adopt two sisters and then found out two weeks later they were pregnant with twins of their own.

"It’s chaotic some days but it’s a good chaotic," Calena Durel, now a mom of four, told "Good Morning America." "It’s all the joy we’ve ever wanted, just all at once."

Durel and her husband BJ Durel, of Cincinnati, went through five years of infertility when they first got married. The couple had always planned to adopt children in addition to having their own, but sped up the process to become foster parents as their infertility continued.

In the summer of 2016, a few weeks before the Durels were to become licensed foster parents, they were asked to watch a pair of sisters for an afternoon in order to give their foster parents at the time a break.

Durel said she and her husband fell in love immediately with the sisters, Aubree and Mariah. 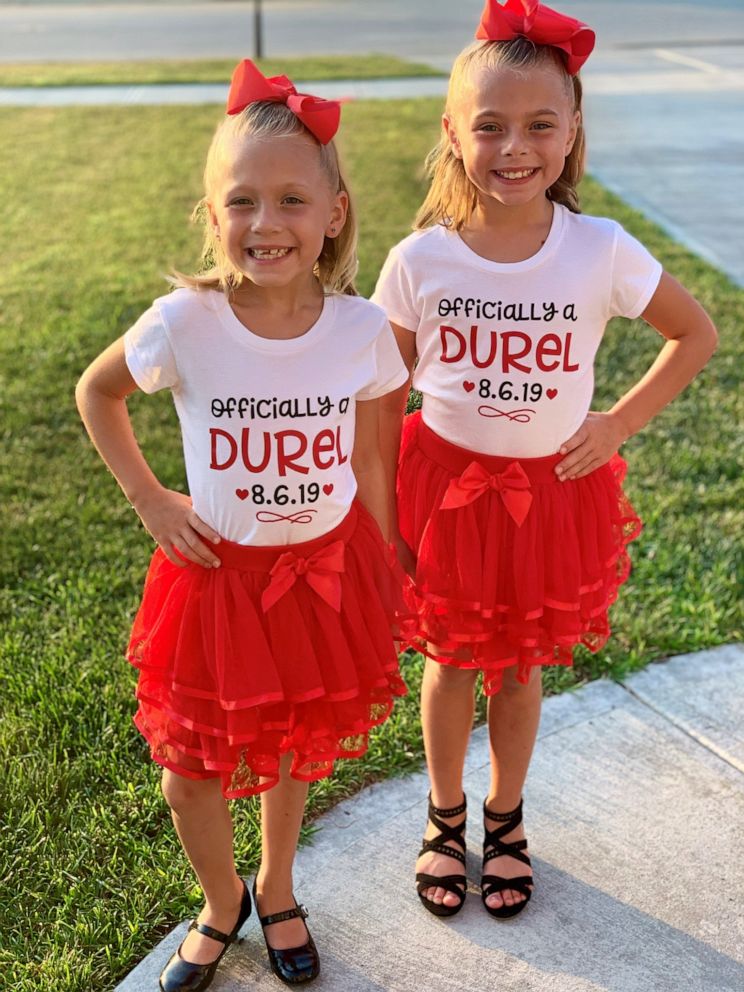 "I took a photo of them that day because it just felt like we were supposed to be with them," said Durel. "I sent the picture to my mom and told her, ‘I can’t imagine these girls not being in our home. There’s just something about them.’"

As they became foster parents themselves, the Durels continued to keep up a connection with Aubree, now 7, and Maria, now 10, sometimes picking them up from school and caring for them overnight.

"We had no idea where their case was going but we just had that tug that they were meant to be with us," Durel said of the sisters, who had recently been placed in foster care.

Two years later, in July 2018, the Durels were asked if they were still interested in adopting Aubree and Maria.

"We said, ‘Absolutely,’" Durel recalled. "A few weeks later, I started feeling sick and I thought it was the nerves over whether or not we’d get to adopt them."

Instead of nerves, Durel found out she was pregnant with twins, eight years after first trying to become pregnant. 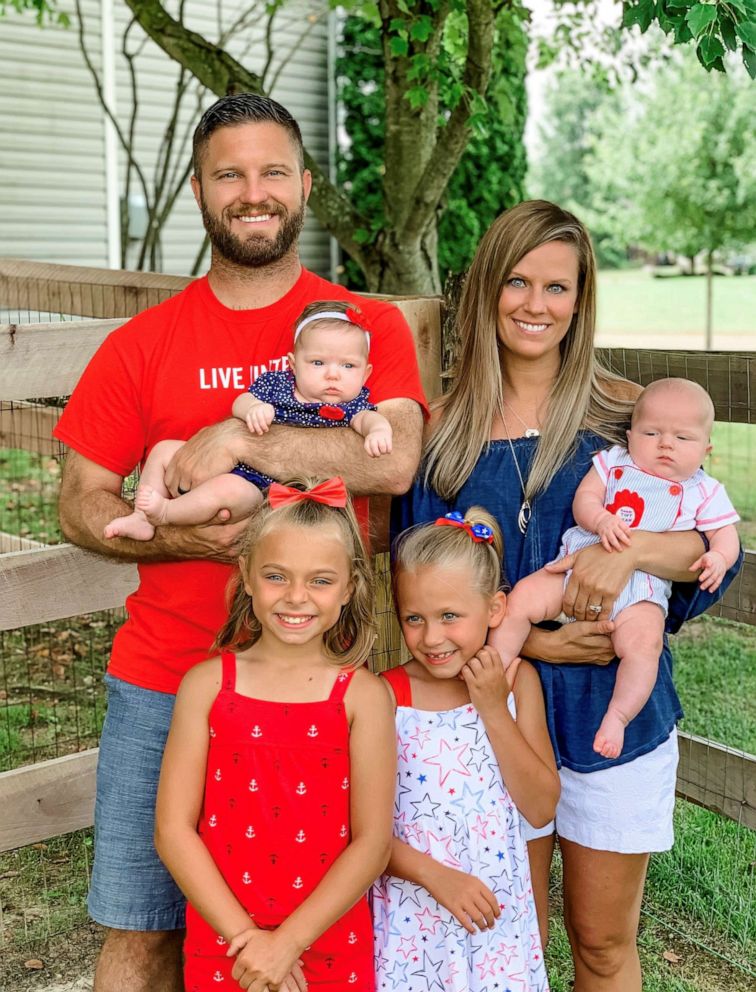 Calena Durel
The Durel family, of Cincinnati, Ohio, is pictured in an undated family photo.

"I thought it was impossible," she said. "I thought God had this plan and it was for us to adopt."

Before they learned about the adoption or the pregnancy, the couple was, by chance, building a new home with five bedrooms.

"We were just hoping God would fill the space," said Durel.

They moved into the house with Mariah and Aubree in December. Durel delivered the twins, Gavin and Grace, in February, six weeks before her due date.

"Those few months were absolutely crazy but amazing too," she said. "We went from zero to four."

On Tuesday, the Durels formally adopted Mariah and Aubree in court. 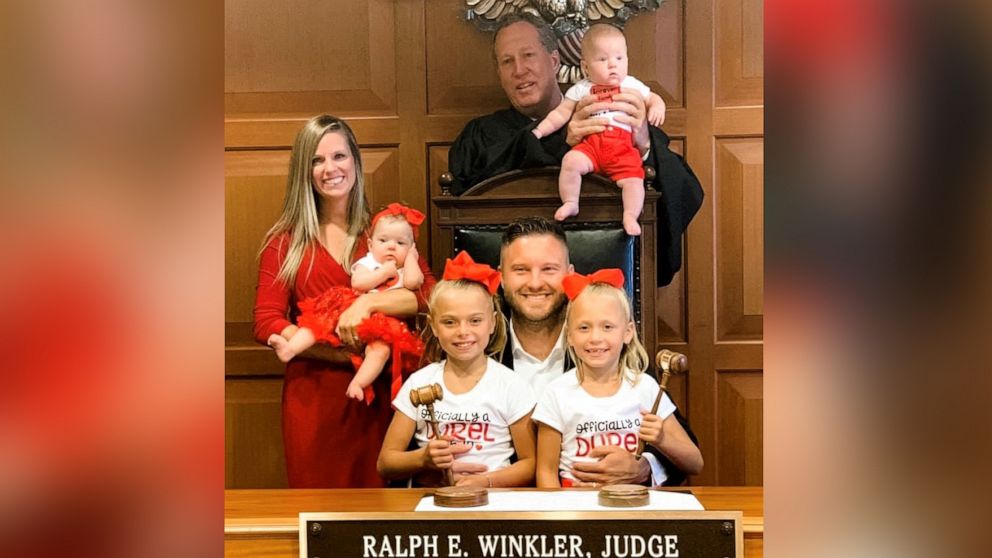 "There’s nothing like that day," Durel said. "The joy on the girls’ faces was everything to us."

Mariah, who will start this year in fifth grade, and Aubree, entering second grade, are also loving life as big sisters, according to their mom. 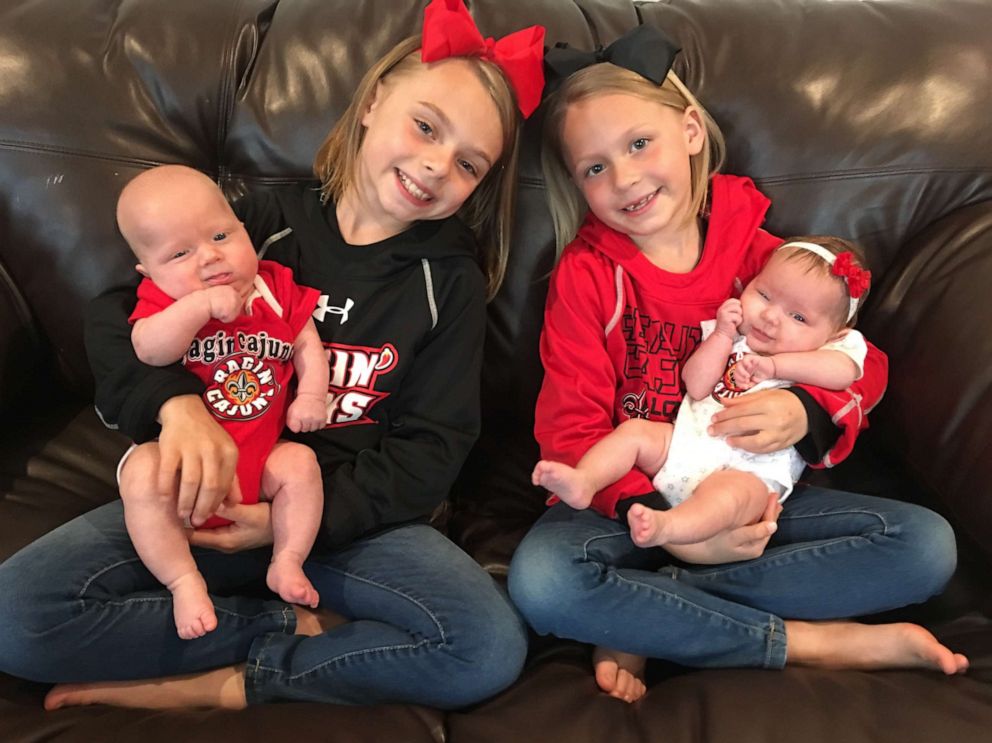 "Aubree is a first time big sister so she is over the moon about that, and it’s a whole new situation for Mariah," Durel said. "She gets to be a big sister and do all of the fun things because she was kind of a caregiver before for Aubree."

In Hamilton County, where the Durels live, around 400 children are currently in foster care, according to Moira Weir, director of the Hamilton County Job & Family Services Agency.

By adopting siblings and children who are older, the Durels filled two of the agency's biggest needs, Weir told "GMA."

"[Foster] children have had heartache and sadness but then they come into a home where people just fall in love with you," she said. "It’s just amazing how people really rally around each other and love each other."

"You know those kids are going to be in a great position going forward," Weir added.