With National Gun Violence Awareness Day on Saturday and a rampage of school shootings haunting the nation, a Cincinnati photographer took her camera away from her usual happy subjects to a far more somber one.

Inspired by the trending hashtag #IfIDieInASchoolShooting, Christina Angel of Paint the Sky Photography photographed subjects ranging in age from little ones to teens with quotes from them on the subject.

“I saw my own daughter use it [on Twitter] and was shaken," Angel said. "I approached her to ask why the kids were posting it and what could I do.” 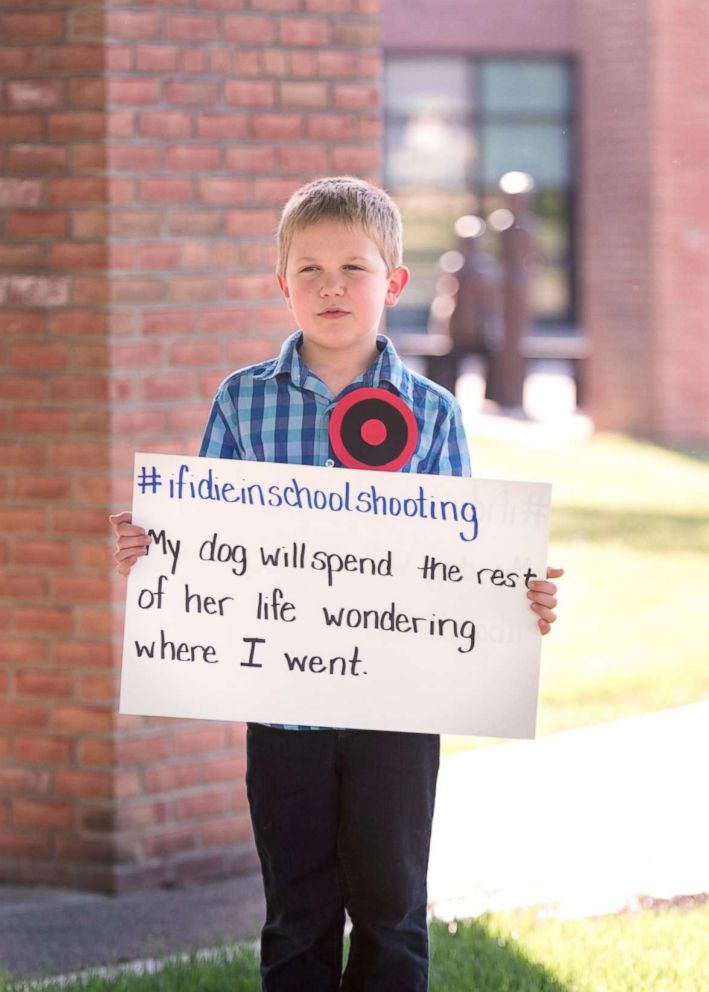 Seventeen-year-old Andie told “Good Morning America,” she hoped the project “opened the public’s eyes to the reality that kids my age and younger are living with in school. Because while the gun control and mental health argument rages on, people start to forget that the younger generation fears for their life every time they hear footsteps in the hallways at school.” 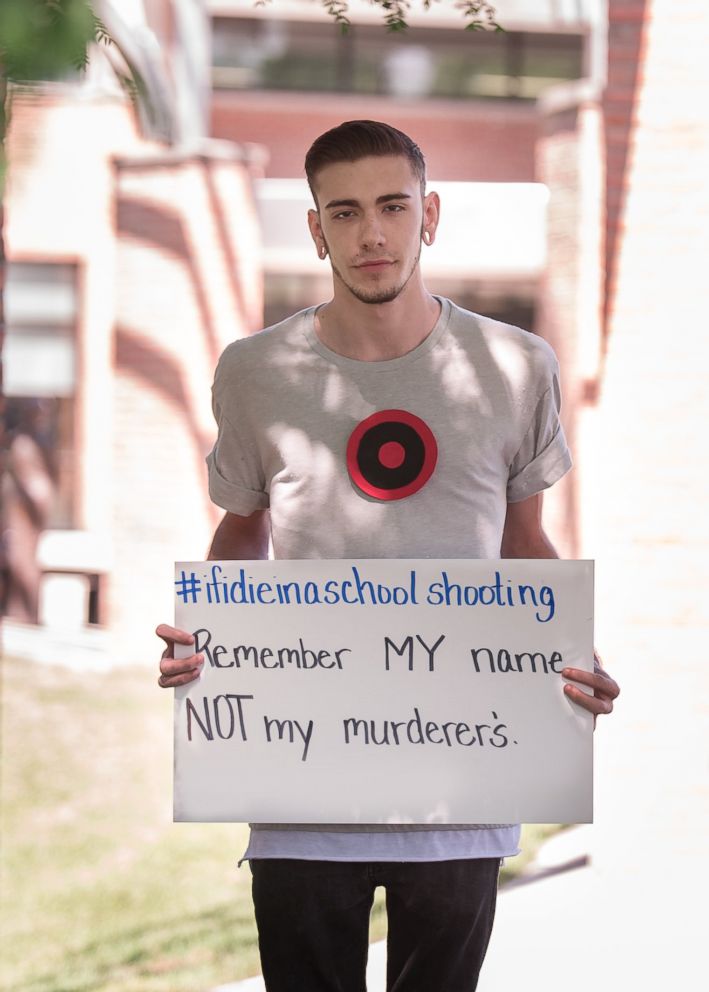 Angel called seeing the thoughts the kids have on the subject of school shootings “sobering.”

And while the photo series was meant to be a wake-up call, the reaction hasn’t been all positive. 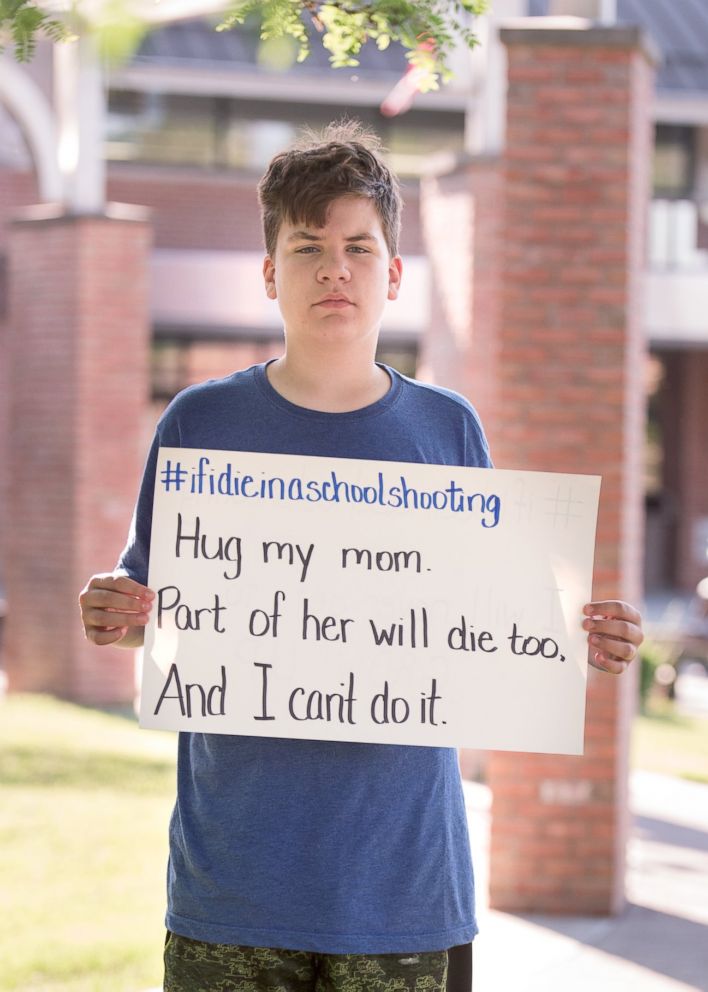 “The reactions have been all over the place,” Andie said. “There are so many people who understand the message we’re spreading, that understand at its roots, isn’t political.” Others, she said, “comment that ‘Kids shouldn’t be worried about this, they should be worried about graduating, prom, etc.’" 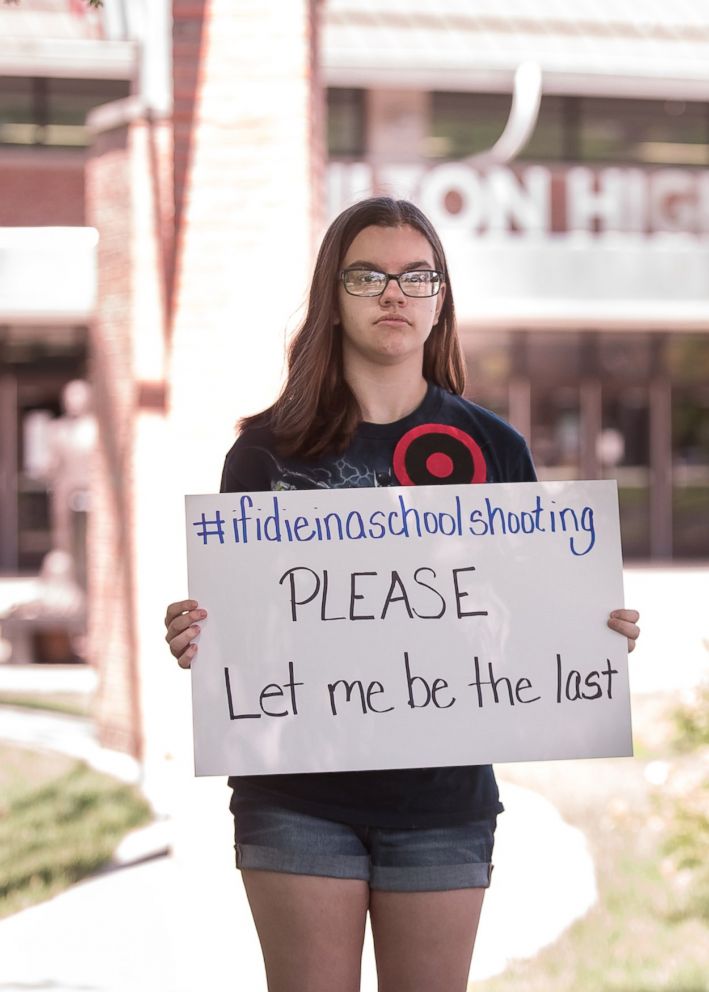 “It’s hard to live carefree days when we go home and watch the news every day and find out another kid just like us was murdered in a place where they should have felt safe," she said. "That’s the whole purpose of this movement. The kids know what they’re saying. They’re concerned for their future and that’s something that needs to be protected for the sake of humanity.”