In a cute video that's gone viral and is melting hearts, a little girl, dressed as a dinosaur, provides commentary while snowboarding.

Robert Garlow of Yakima, Washington, shared the Instagram video last week featuring his daughter, 4-year-old Aubrin Sage, enjoying a wintry wonderland and since then, commenters have been chiming in, saying the clips are "the cutest thing ever" and "the best thing I've seen in a long time!"

In one snippet of the video, another rider off-screen asks Aubrin, "Hey, what kind of dinosaur are you?" After a quick pause, she replies, "powder-saurus!" 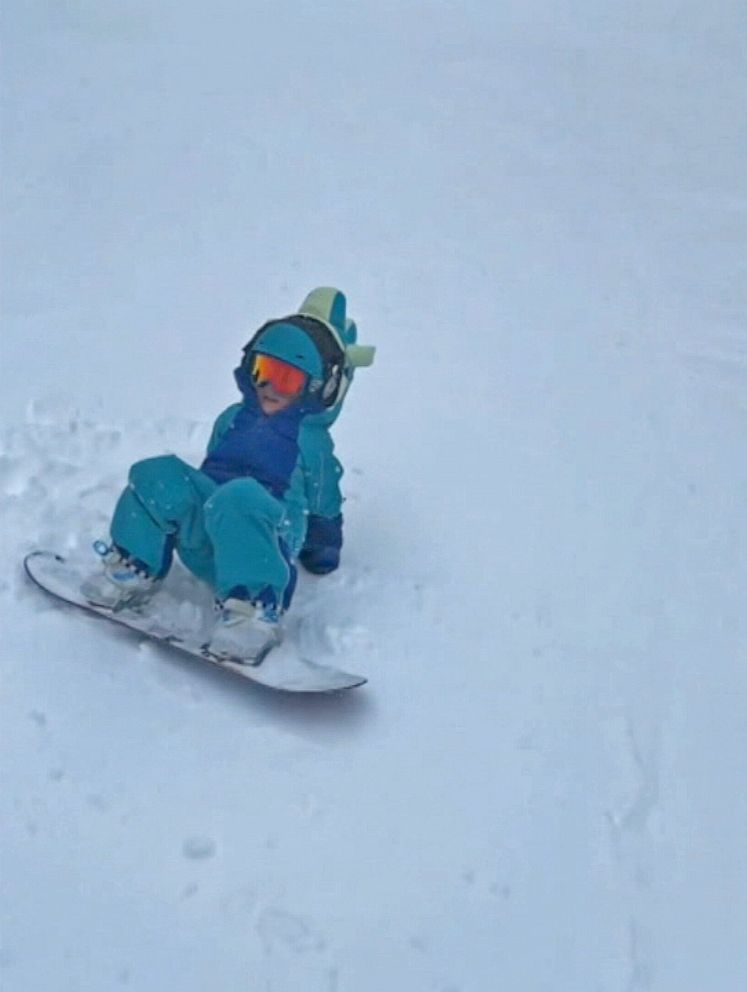 But when she slides down, she switches her answer to, "I'm a stuck-asaurus!"

Garlow said in his video caption that he decided to capture Aubrin's commentary "to get a glimpse into her thought process while snowboarding."

The father of two added in an email to "Good Morning America" : "I've been documenting our kids since birth and am always interested in trying to include their voices and thought process when hiking, playing, biking, etc. but it's always been tough when snowboarding (due to distance, atmosphere noise, etc.) so this was a good way to capture something that has been missing from our snowboarding videos."

MORE: Little snowboarder shows off his skills and tricks 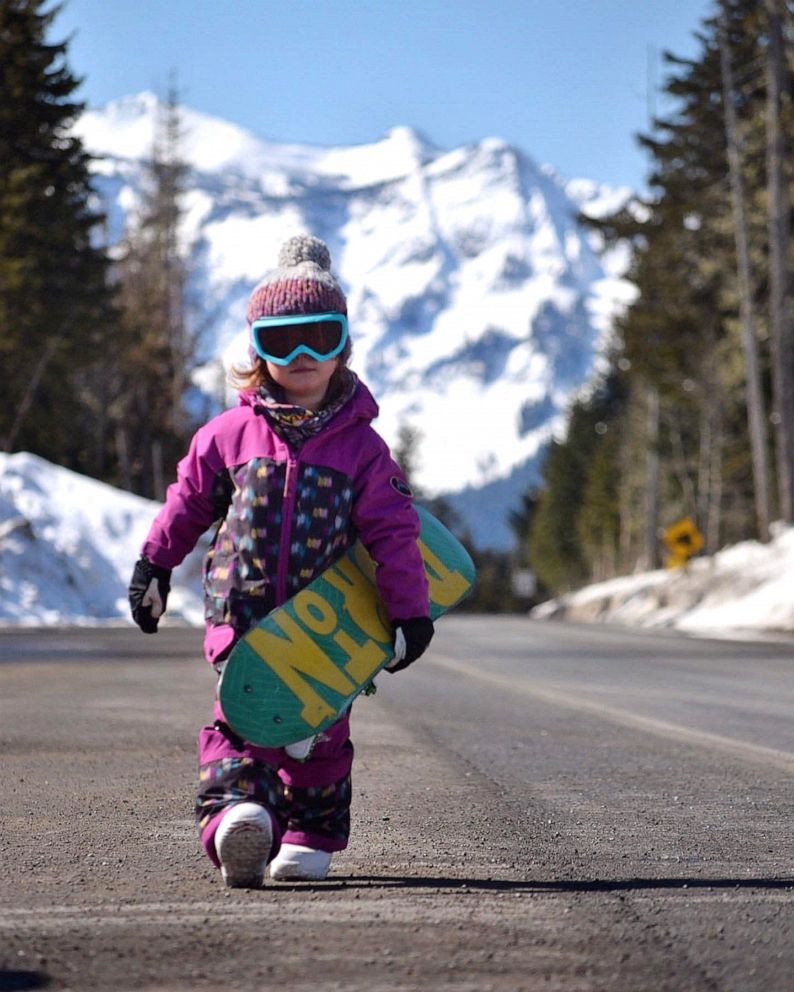 According to her dad, Aubrin has been snowboarding since 2018, when she was 18 months old. This year, the Garlow family -- which also includes mom, Samantha, and Aubrin's 21-month-old brother, Torin -- is hitting the slopes together for the first time.

"Snowboarding together has created some of our best memories as a family," Garlow wrote. "In a day and age of 24/7 connectivity and the daily juggle of parenthood and professional duties, we are most present and connected as a family when we are snowboarding in the mountains." 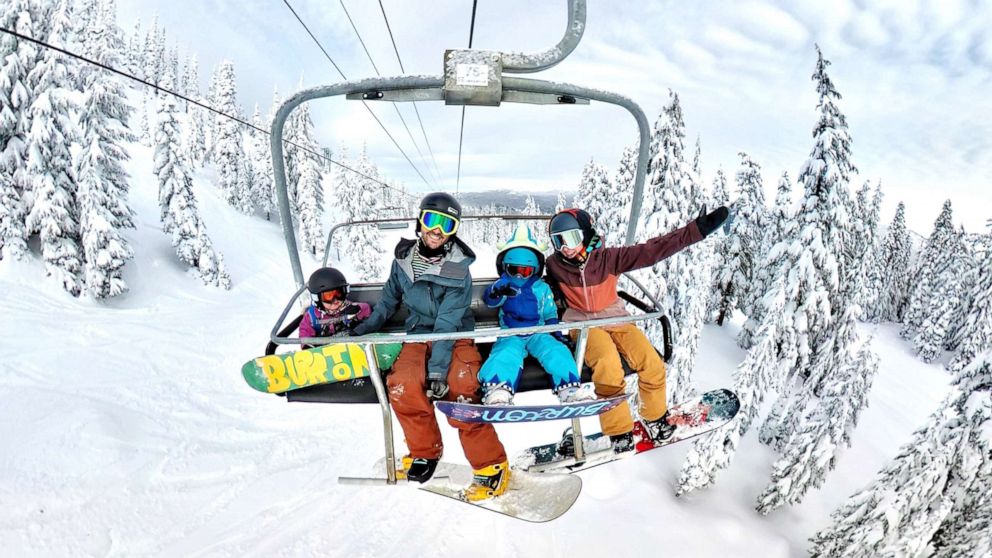 Garlow said he is making sure he's capturing as many special memories as he can on their winter adventures, even the ones he doesn't anticipate. "I was about to turn the camera off when she said 'stuck-asaurus' and I remember hearing it at the time and thinking how funny and witty that was," he wrote. "I almost didn't even post the video because to me, who hears her talk and sing every day, it didn't feel extraordinary."

Garlow, who describes his oldest child as "kind and compassionate but also tenacious" wrote that Aubrin loves to snowboard but he isn't trying to force the activity on his kids. "My goal is to make every time out a positive experience so that she asks to come back. I want her love of snowboarding to come from within her, not applied by us."

Snowboarding has taught Aubrin many lessons already, he said. "She's learned how to deal with adversity whether that be inclement weather, personal discomfort or frustration and maintain a positive attitude through it," Garlow wrote. "She's spent a lot of time outside in the mountains during the winter so not many situations in life faze her. She's become brave and confident and competent at problem solving."

He added: "She's also an old soul, seemingly wise beyond her years. She's always surprising us with her intelligence and thoughts and curiosity."