Although Wakanda is a mythical place in Marvel's "Black Panther," the African cuisine that may have been eaten by the film's characters is now part of a new cookbook.

"The Official Wakanda Cookbook" by Malawian-American chef Nyanyika Banda has over 70 delicious recipes inspired by the box office hit. 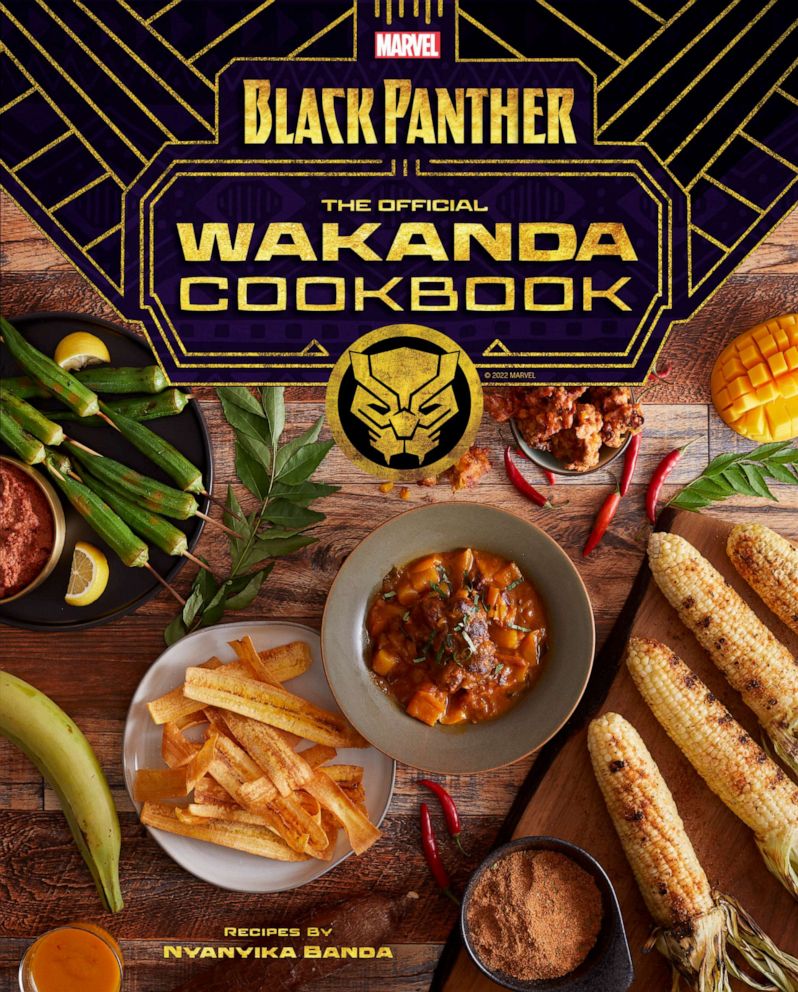 Insight Editions
The cover of the Black Panther Wakanda cookbook.

Banda, who has worked in a number of acclaimed kitchens across the country including WD-50 and the Saveur Magazine's test kitchen, said the recipes were influenced by her studies and writing on African food.

From street food and entrees to spice blends and sauces, the highly anticipated cookbook published earlier this month has a range of recipes that appeal to every palate and skill level.

Check out a few full recipes below to recreate at home. 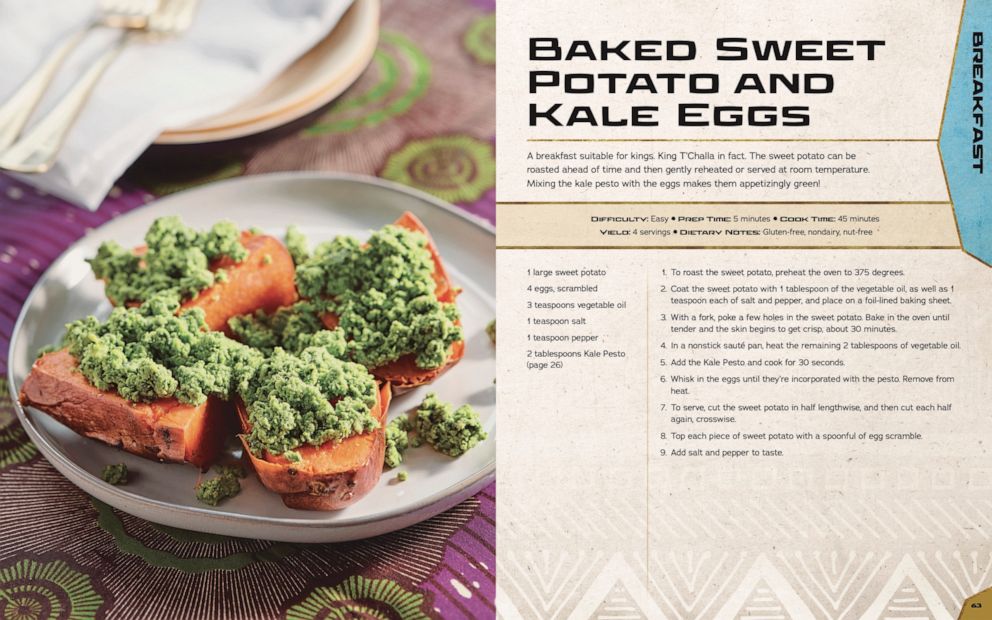 To roast the sweet potato, preheat the oven to 375 degrees.

Coat the sweet potato with 1 tablespoon of the vegetable oil, as well as 1 teaspoon each of salt and pepper, and place on a foil-lined baking sheet. With a fork, poke a few holes in the sweet potato.

Bake in the oven until tender and the skin begins to get crisp, about 30 minutes.

In a nonstick sauté pan, heat the remaining 2 tablespoons of vegetable oil. Add the kale pesto and cook for 30 seconds.

Whisk in the eggs until they’re incorporated with the pesto. Remove from heat.

To serve, cut the sweet potato in half lengthwise, and then cut each half again, crosswise.

Top each piece of sweet potato with a spoonful of egg scramble.

Add salt and pepper to taste. 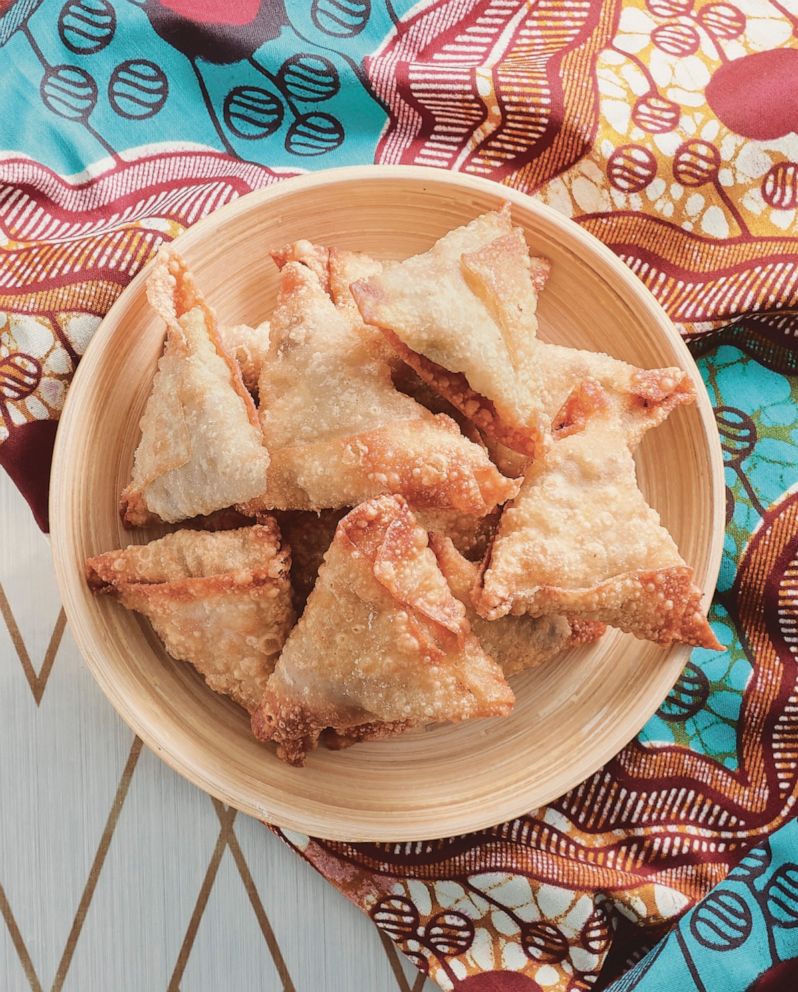 Insight Editions
A recipe for beef samosas from the official Wakanda cookbook.

To make the filling: In a medium saucepan, heat peanut oil over medium heat.

Add ground beef and cook until browned, stirring often to break up the meat.

To fold the samosas: Cut each spring roll wrapper into 3 equal rectangles going vertically. Stack the rectangles and cover with a damp towel while folding to keep the wrapper from drying out.

Take the first rectangle piece and place it on a cutting board horizontally. Take the bottom right corner of the rectangle and fold it across to the left to form the first triangle for the pocket for the filling.

Take the top of the new triangle and fold it down and across to the left, aligning it with the flat bottom, making a new layer for the pocket.

Pick up the wrapper pocket and spoon in 1 tablespoon of filling. Fold the pocket across to the left again, leaving a short rectangle.

To seal off the wrapper, pat a small amount of water on the end and fold over. Repeat until you have used up all the filling.

To cook the samosas: Heat vegetable oil in a frying pan to 350 degrees. Fry the samosas until brown on each side, about 3 minutes. 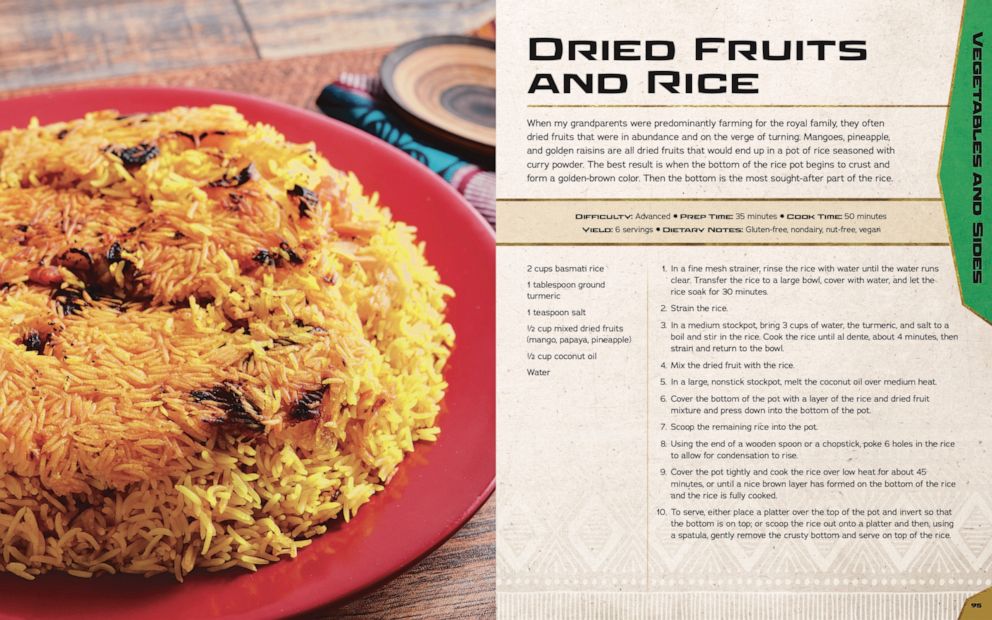 In a fine mesh strainer, rinse the rice with water until the water runs clear. Transfer the rice to a large bowl, cover with water, and let the rice soak for 30 minutes. Strain the rice.

In a medium stockpot, bring 3 cups of water, the turmeric and salt to a boil and stir in the rice.

Cook the rice until al dente, about 4 minutes, then strain and return to the bowl. Mix the dried fruit with the rice.

Scoop the remaining rice into the pot.

Using the end of a wooden spoon or a chopstick, poke 6 holes in the rice to allow for condensation to rise.

Cover the pot tightly and cook the rice over low heat for about 45 minutes, or until a nice brown layer has formed on the bottom of the rice and the rice is fully cooked.

To serve, either place a platter over the top of the pot and invert so that the bottom is on top; or scoop the rice out onto a platter and then, using a spatula, gently remove the crusty bottom and serve on top of the rice. 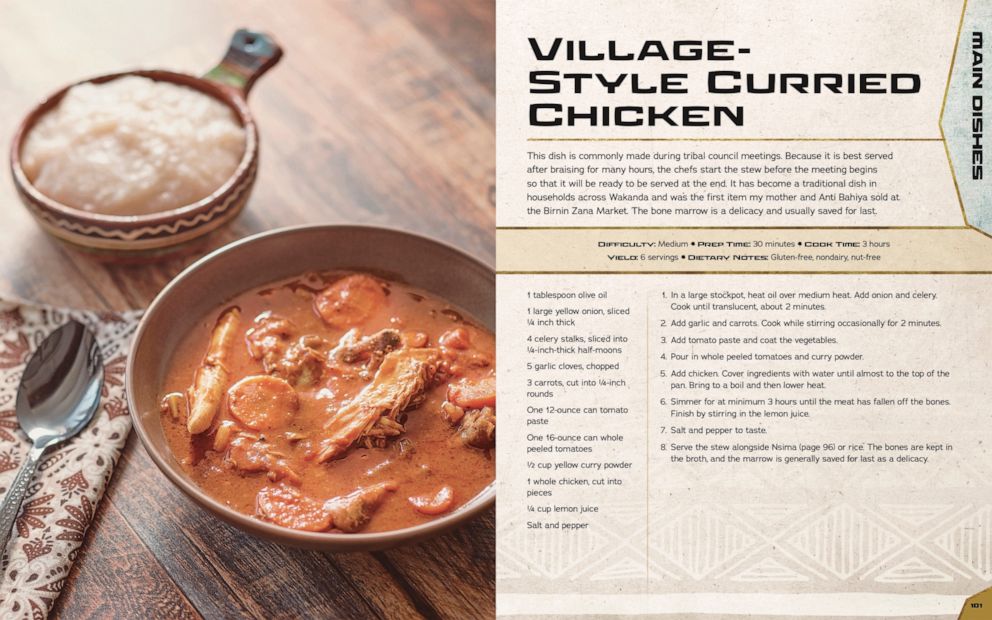 In a large stockpot, heat oil over medium heat. Add onion and celery. Cook until translucent, about 2 minutes.

Add garlic and carrots. Cook while stirring occasionally for 2 minutes.

Cover ingredients with water until almost to the top of the pan. Bring to a boil and then lower heat. Simmer for at minimum 3 hours until the meat has fallen off the bones.

Finish by stirring in the lemon juice. Salt and pepper to taste.

Serve the stew alongside rice. The bones are kept in the broth, and the marrow is generally saved for last as a delicacy 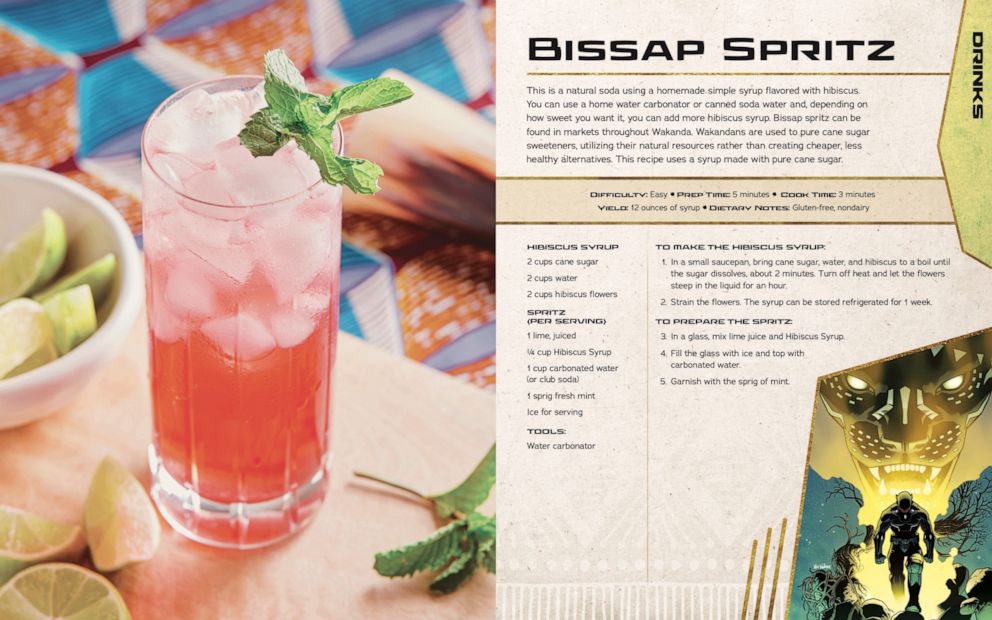 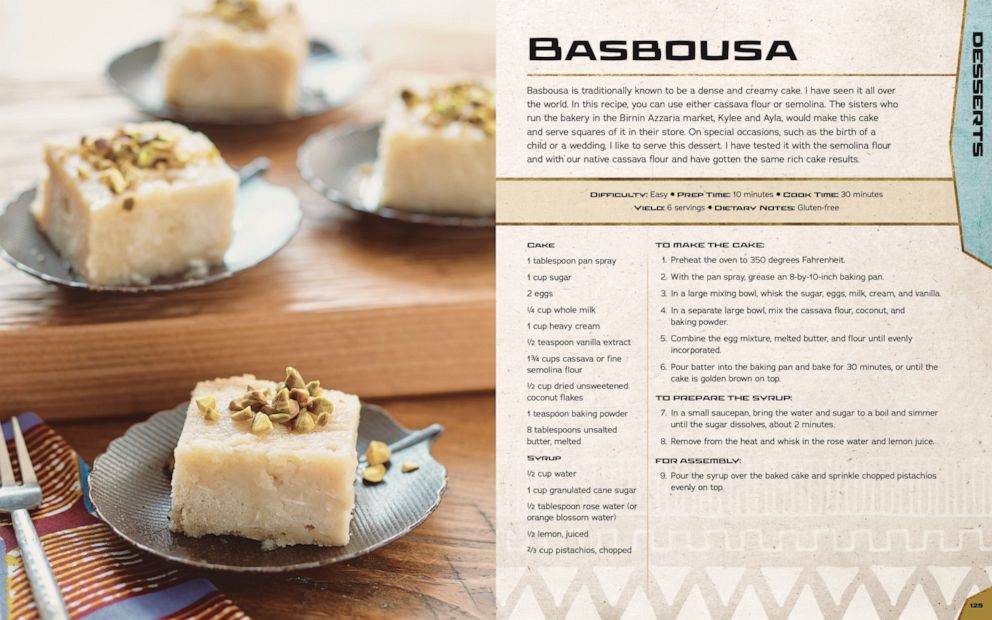