If you're looking for more recipes to add to your barbecues this summer, consider this guacamole burger and cucumber salad by 20-year-old chef Eitan Bernath.

Bernath began his culinary career at the age of 12 with an appearance on Food Network's "Chopped." He then was a contestant on "Guy's Grocery Games," another competitive cooking show on Food Network. In 2019, Bernath's culinary creations started gaining popularity on TikTok and since then, he has garnered over 2.2 million followers on the social media platform -- among the more than 6 million followers he's garnered across platforms, along with billions of video views. 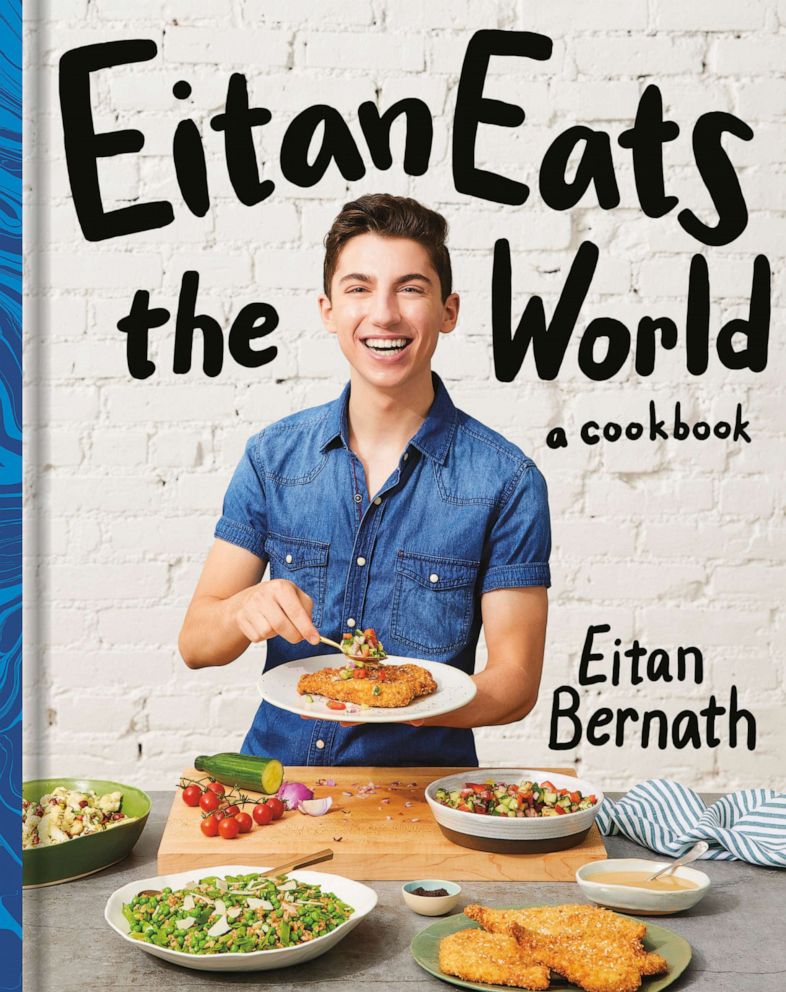 Check out his recipes below: 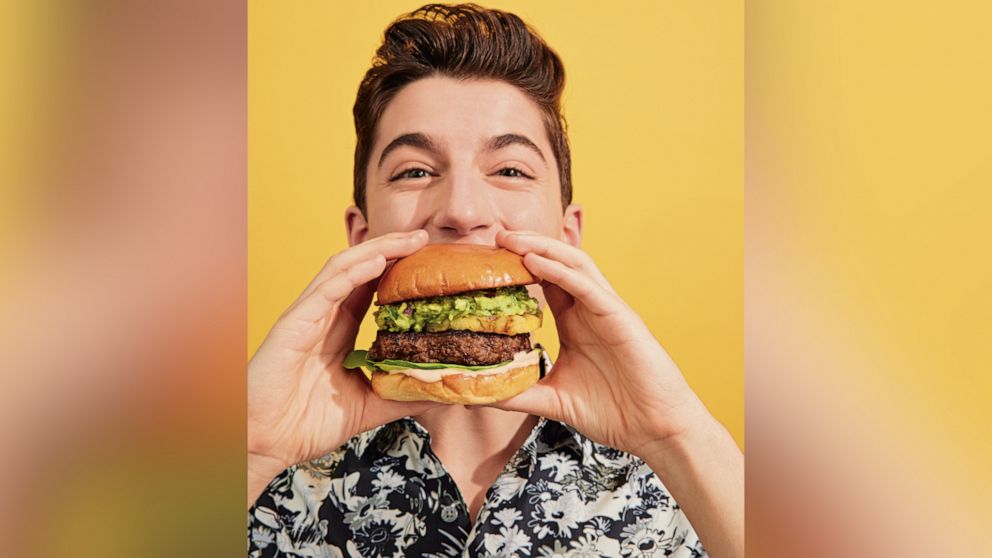 Zest and juice of 1 lime

1. MAKE THE GUACAMOLE In a medium bowl, mash the flesh of both avocados using a fork or whisk until mostly smooth. Add the remaining ingredients and stir to combine. Cover with plastic wrap, pressing it onto the surface of the guacamole, and refrigerate until ready to use.

2. MAKE THE KETCHUP In a small bowl, add the ketchup, mayonnaise, chipotle pepper, and adobo sauce and stir to combine. Cover and refrigerate until ready to use.

3. MAKE THE BURGERS In a large bowl, combine the meat, spices, and salt and pepper to taste and gently mix to blend well. Divide the mixture into 4 patties and set aside.

4. Preheat a large grill pan or cast-iron skillet over medium-high heat. Season each burger with salt and pepper and grill for 3 minutes per side (less time if you prefer your burgers more rare, or a bit longer if you like them well-done). Transfer the burgers to a plate and set aside.

5. Add the pineapple rings to the same grill pan and cook until lightly charred, about 2 minutes on each side. Remove from the grill.

6. To assemble, spread a spoonful of chipotle ketchup on a bottom bun. Add 1 lettuce leaf, 1 burger, 1 grilled pineapple slice, and a few spoonfuls of guacamole, then cover with the top bun. Repeat with the remaining burgers and serve. 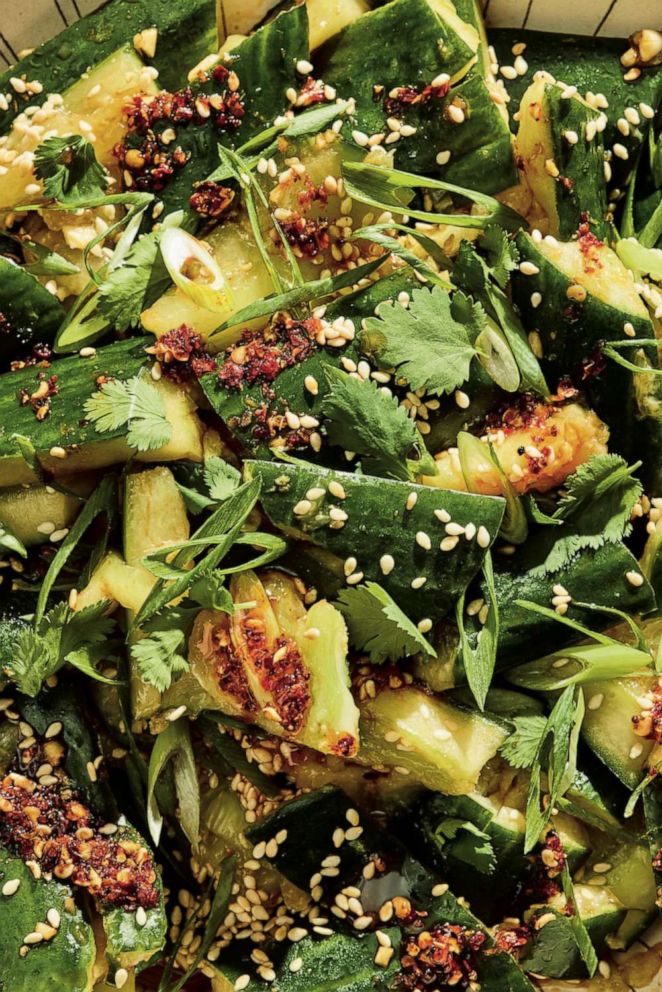 Directions:
1. Cut each cucumber into three or four pieces crosswise, roughly 2 inches long, and then halve each piece lengthwise. Place the cucumber pieces cut-side down on a cutting board and, using the flat side of a large knife, carefully crush each piece until the skin cracks and the flesh is flattened. Place the cucumbers in a fine-mesh strainer set over a large bowl. Add the salt and sugar and toss to combine. Cover with a kitchen towel or a smaller bowl, then place something heavy on top, like a large can. Let sit for 15 to 20 minutes.

2. While the cucumbers rest, make the dressing. In a large bowl, whisk together the garlic, ginger, soy sauce, rice wine vinegar, sesame oil, honey, and chili oil. Set aside.

3. Discard any liquid from the cucumbers that has collected at the bottom of the bowl. Add the pressed cucumber flesh to the large bowl with the dressing and toss to coat. Top the salad with more chili oil to taste, the sesame seeds, scallions, and cilantro and serve.