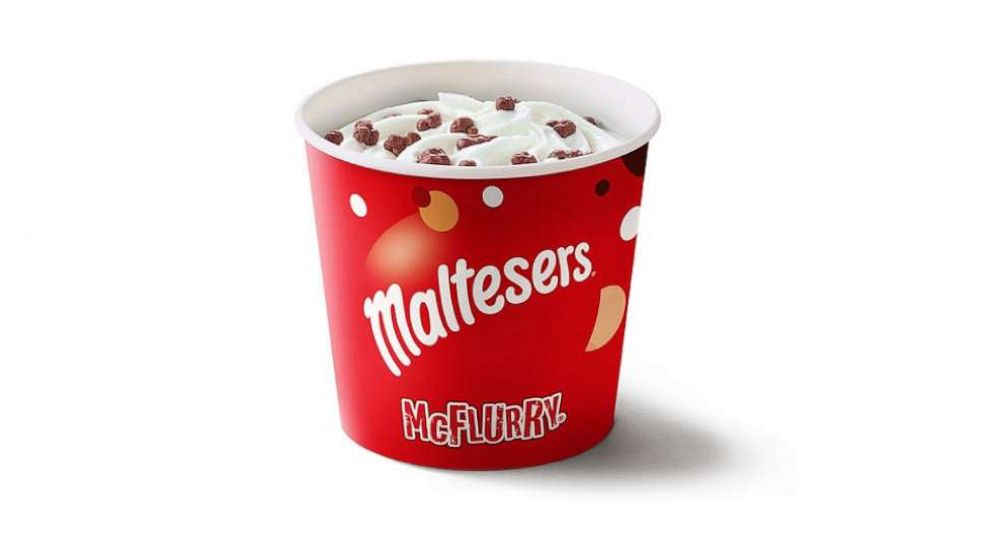 McDonalds
A McDonalds Maltesers McFlurry is pictured in an undated promotional image.

A new food hack is taking off on TikTok in the U.K. that uses a McDonald's McFlurry as the base for a simple cake.

this is my new fav thing ever 😍😍😍😍 (disclaimer, ad I’ve worked with mcd in the past) ##fyp ##foryoupage

She combined the McFlurry in a bowl with self-rising flour, returned half the mixture into the McFlurry carton and microwaved it for two minutes. Once done she popped it onto a plate and was pleasantly surprised to show off the fluffy confection.

Another Essex-based creator, Amy Burrows, tried out the trend for herself and included the measurements this time.

"I've weighed out 77 grams of self-rising flour," she said, which converts to approximately 5 1/2 tablespoons. But weighing the measurement will result in a more accurate bake.

After mixing it up and popping it in the microwave, Burrows was equally shocked to see that it "actually worked," adding that it turned out "so nice."

The original video by Canham has racked up nearly 710K views and over 91K likes.