Taco Bell is testing a new concoction with Cheez-It for its latest menu update, creating a giant tostada out of the iconic cheesy cracker.

The two brands announced the collaboration, which tops an oversized Cheez-It -- 16 times the size of the original toasted snack, to be exact -- with layers of Taco Bell flavors and ingredients. 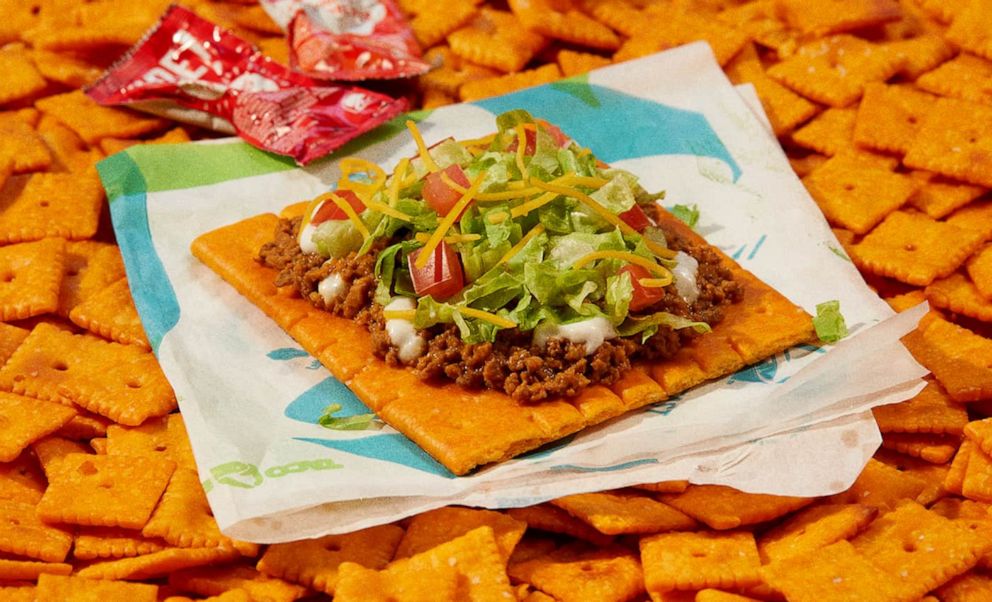 The fan-favorite Crunchwrap Supreme will also get a Cheez-It update for customers using the Taco Bell website and mobile app.

Both Big Cheez-It menu items are currently being tested at one Taco Bell location in Irvine, California for two weeks or while supplies last. 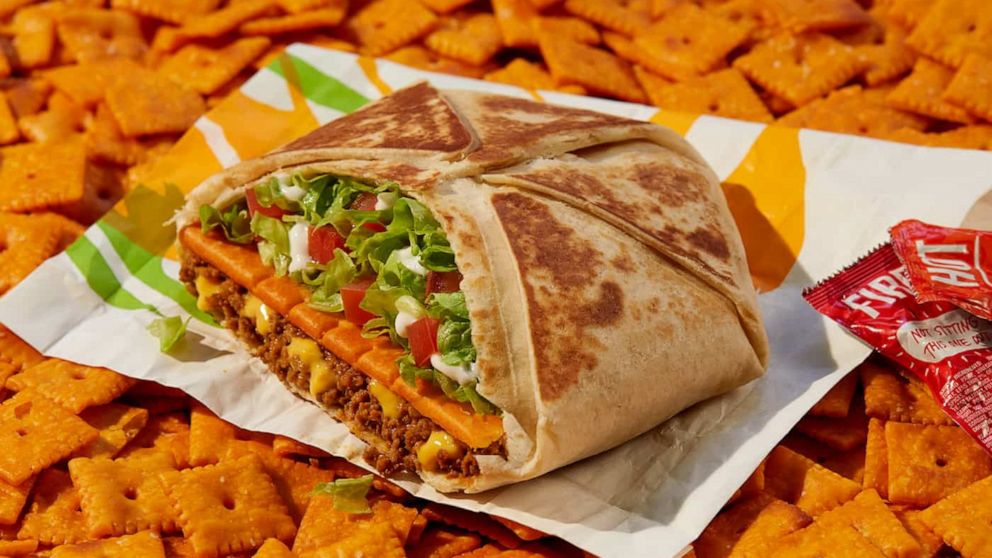 "Like its original counterpart, this version [of the Crunchwrap Supreme] includes seasoned beef, nacho cheese sauce, lettuce, reduced-fat sour cream and diced tomatoes, but the typical tostada shell is swapped for the oversized Cheez-It cracker before being wrapped inside a tortilla that’s grilled to go," Taco Bell said in a press release. "This is the first time Taco Bell has offered a digital exclusive as part of a one-restaurant test."

"Fans can get all this cheesy goodness in the Big Cheez-It Crunchwrap Supreme for $4.29," the company added.

Taco Bell’s Chief Food Innovation Officer Liz Matthews said in a statement that the fast food giant was "thrilled about this new concept" of a snack that appeals to all and gives fans "the chance to experience the real cheese and crunch they love from both of our brands in a whole new way."

"We're excited to incorporate Cheez-It -- made with 100% real cheese -- into Taco Bell favorites and deliver customers a bold, cheesy twist on the iconic chain's go-to menu staples," Stefanie Miller, president of away from home products for Kellogg Company added.