Fresh off of her Oscar nod, Laurie Metcalf has also been nominated for a Tony Award for her performance in the Broadway production "Three Tall Women."

Metcalf could be on the verge of a repeat Tony win after she took home an award last year for her role in Broadway’s "A Doll’s House, Part 2." For her part, Metcalf is chalking it all up to being surrounded by great people. 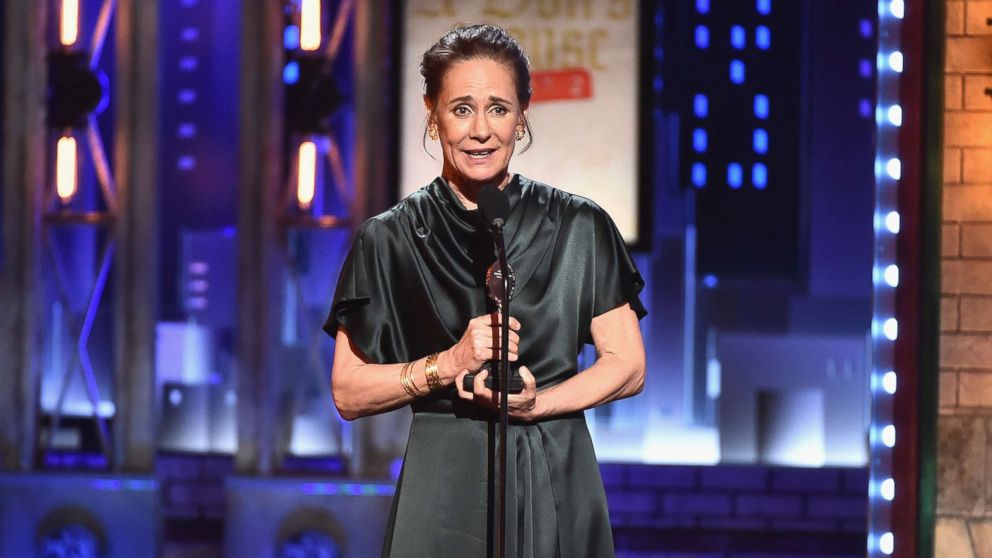 Theo Wargo/Getty Images
Laurie Metcalf accepts the award for Best Performance by an Actress in a Leading Role in a Play for "A Doll's House, Part 2" onstage during the 2017 Tony Awards at Radio City Music Hall, June 11, 2017, in New York City.

"I just have been so lucky to have crazy good material, ensembles that everybody’s at the top of their game," Metcalf said this week on "Popcorn with Peter Travers." "From 'Lady Bird' and 'A Doll's House, Part 2,' and 'Three Tall Women' now and 'Roseanne,' I’m just surrounded by all this creative energy."

Metcalf is already a three-time Emmy winner for her role on the hit ABC sitcom, "Roseanne." And the reboot of the show has returned to phenomenal ratings.

"That cast and the new cast on the show, the kids that they’ve hired, are fantastic," Metcalf said. 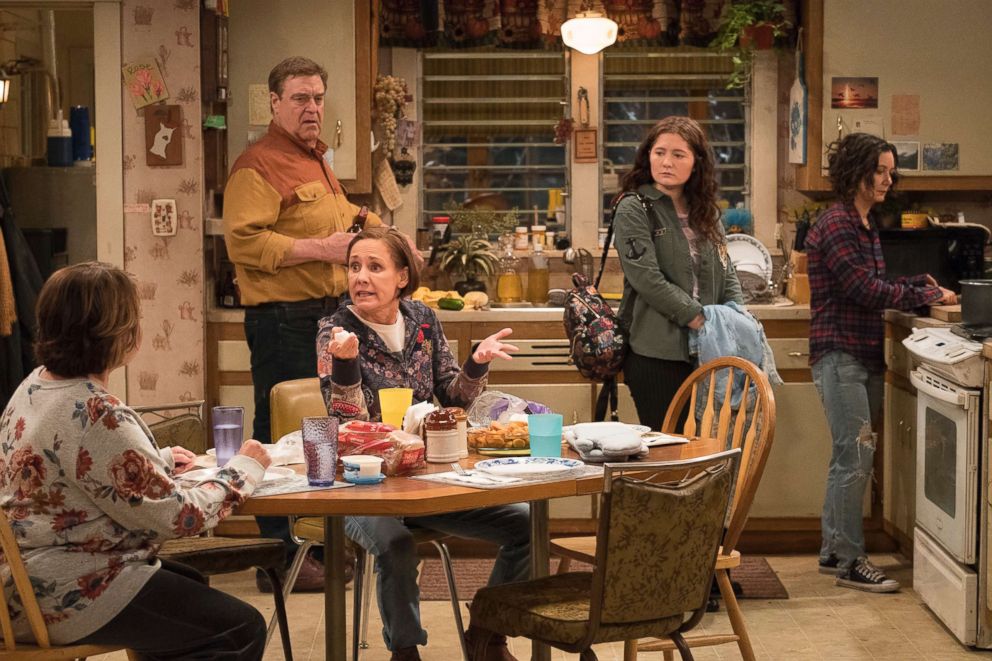 Adam Rose/ABC
In the episode "Roseanne Gets the Chair" on "Roseanne" the family is pictured in the kitchen.

She added, "It’s just richer to me now, this reboot, because of those layers and that history."

On Broadway, Metcalf is starring opposite two-time Oscar winner Glenda Jackson and Alison Pill in Edward Albee’s "Three Tall Women." Metcalf, Jackson and Pill play three women of different ages talking about their lives and their relationships with their families. Gradually, the story reveals that they are all manifestations of one character in different periods of her life.

"I think watching 'Three Tall Women' as an audience member must be kind of fascinating, to see at the different ages how they all recall a certain event that they have lived through," she said. 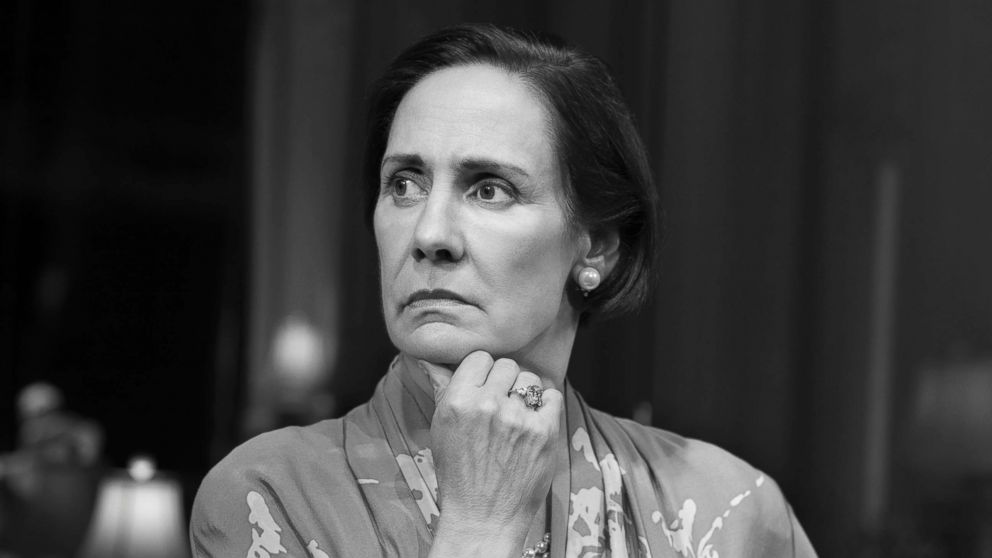 Metcalf said she has a daily routine to make sure she delivers great shows; she runs every line of the show before each performance.

"I lock myself in my dressing room and do them all there, even on a two-show day," Metcalf, 62, told Travers. "It’s just superstitious. I think that something bad will happen if I don’t do it." 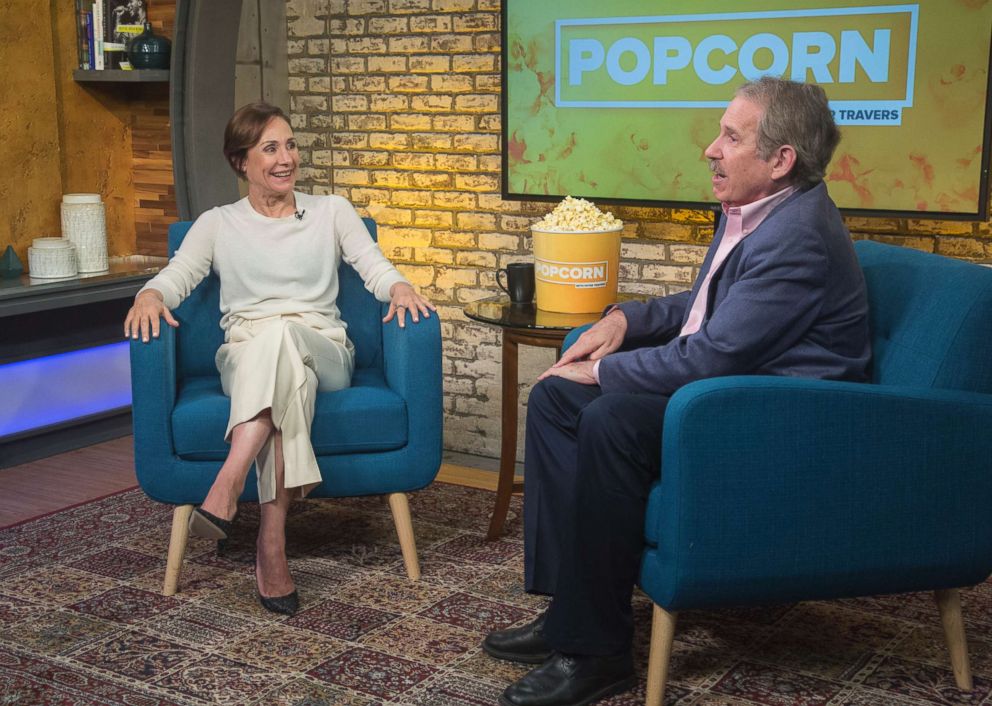 Be sure to watch the full interview with Peter Travers and Laurie Metcalf in the video above.