After a devastating EF-4 tornado ripped through the heart of a Tennessee neighborhood, a lost dog who saved her family has finally been found -- 54 days later.

On the night of March 3, around 1:15 a.m., Eric Johnson woke up to his miniature Australian shepherd, Bella, whimpering under the bed. Johnson said he knew something was not right.

"I actually laid back down to go back to sleep and [Bella] wouldn't let me," said Johnson, who got up and turned on the TV to hear the news of the tornado. "[The TV] said take cover immediately and debris was beginning to [fly outside]." 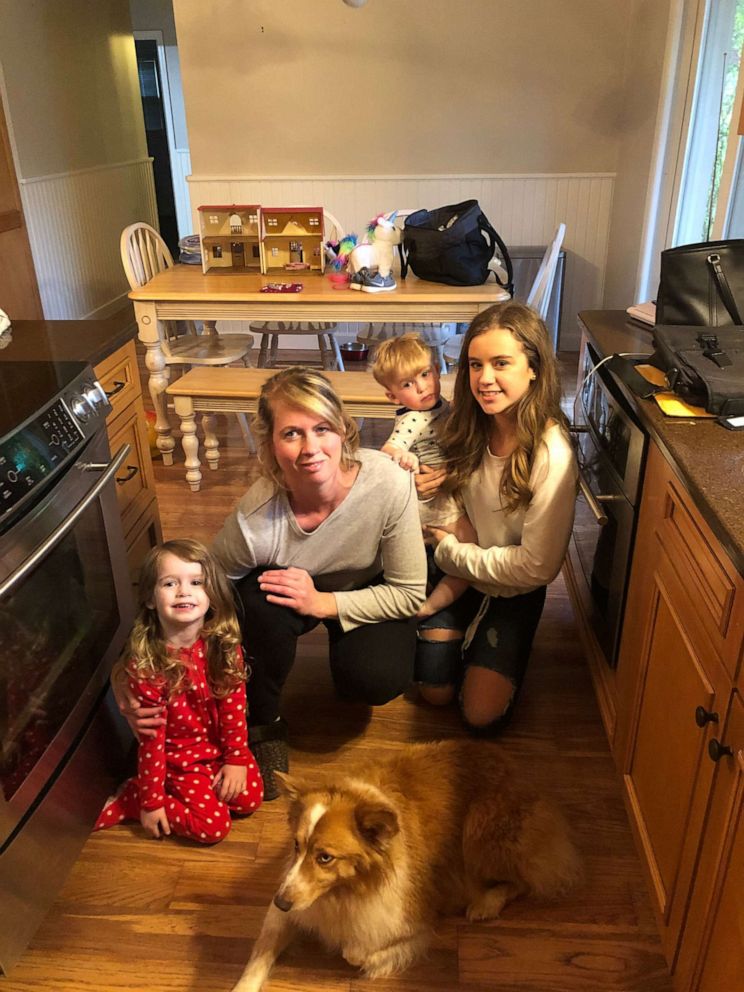 Johnson said that it was because of Bella's warning that he was able to get his wife and three kids into a bathtub to hunker down as the EF-4 tornado hit their neighborhood in Cooksville. Unfortunately, Bella and the family's other dog were not able to make it into the tub.

"I went back upstairs to grab [the dogs] and you can hear homes being destroyed in the back of our cul-de-sac," Johnson said. "My wife screams up that I had to leave the dogs and turn around."

Within minutes, the 175 mph winds tossed the Johnson's tub 50 yards into their backyard.

"Our whole house exploded and sounded like a bomb, and then it was over in seconds," he said, adding that he was separated from his family upon impact. "I found my wife 50 yards from our house, and the tub was snapped in half."

Although Johnson suffered a head injury, and his wife broke her sternum and a few ribs, the Johnsons' kids avoided injury.

Johnson said he rushed back out to help his neighbors. Nine people died that night on his block. And Bella was nowhere to be found, he said, adding that their other dog did not survive the tornado. 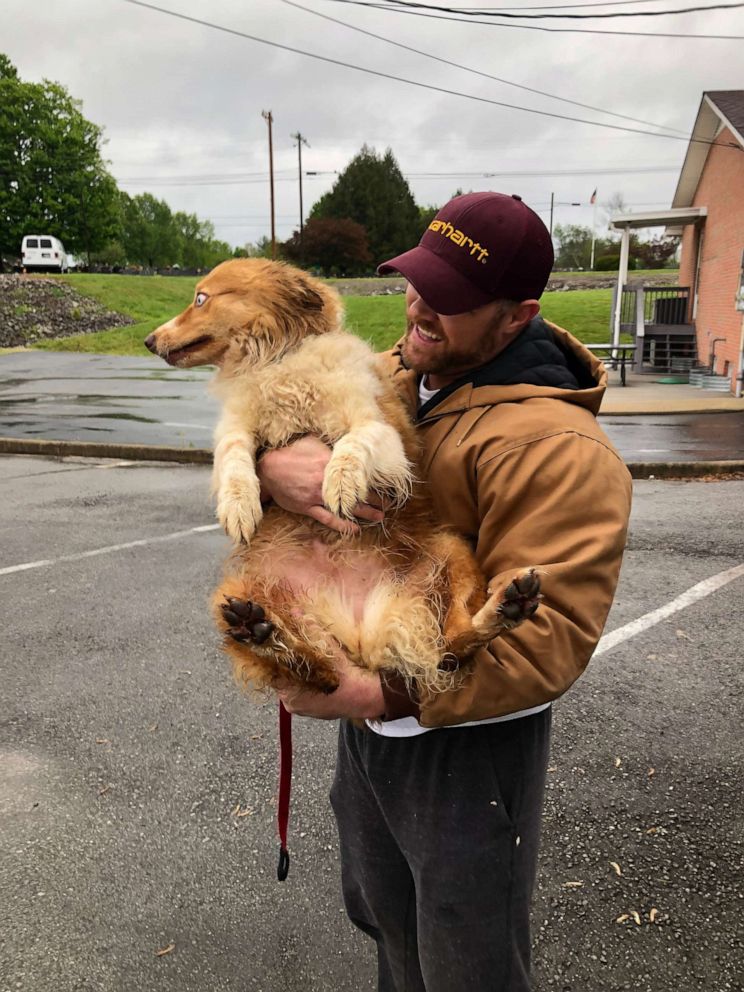 Eric Johnson
Eric Johnson, 37, reunited with miniature Australian Shepherd, Bella, who was lost during the category 4 tornado that hit Cookeville, Tenn. on May 3, 2020.

Weeks went by and Bella was spotted around the area, said Johnson, who added that they never gave up hope.

On May 3, Johnson got a call from a friend at church who said she knew where Bella was. According to Johnson, Bella had cornered herself in an alley behind a local pet store.

"I got a call from [her] and she said, 'Eric, I know where your dog is, can you be here in 15 minutes?' I said, 'Absolutely,'" explained Johnson. "[When I got there], I called for her and, amazingly, she knew exactly who I was." 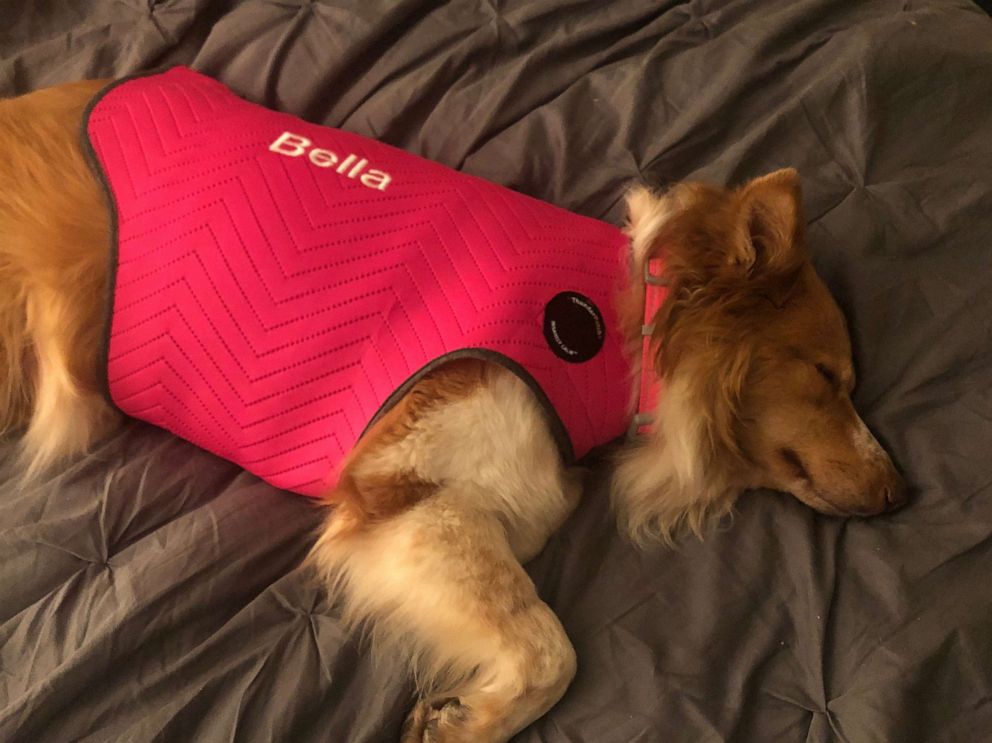 Eric Johnson
Bella enjoys a well-deserved nap after being lost for 54 days in Cookeville, Tenn. on May 6, 2020.
MORE: Amid coronavirus, good news is happening

Bella was reunited with the Johnson family after 54 days and is now enjoying her life back home with the family.

"[The reunion] was emotional as can be. She saved our lives. We owe her everything," said Johnson. "Especially with what the world's going through now, you do not lose hope and faith because there are good things that happen."