This newlywed couple proved that they are partners in life and in dance with an epic flash mob at their wedding.

Isaiah and Taylor Green-Jones were married in Portland, Oregon, Aug. 4. 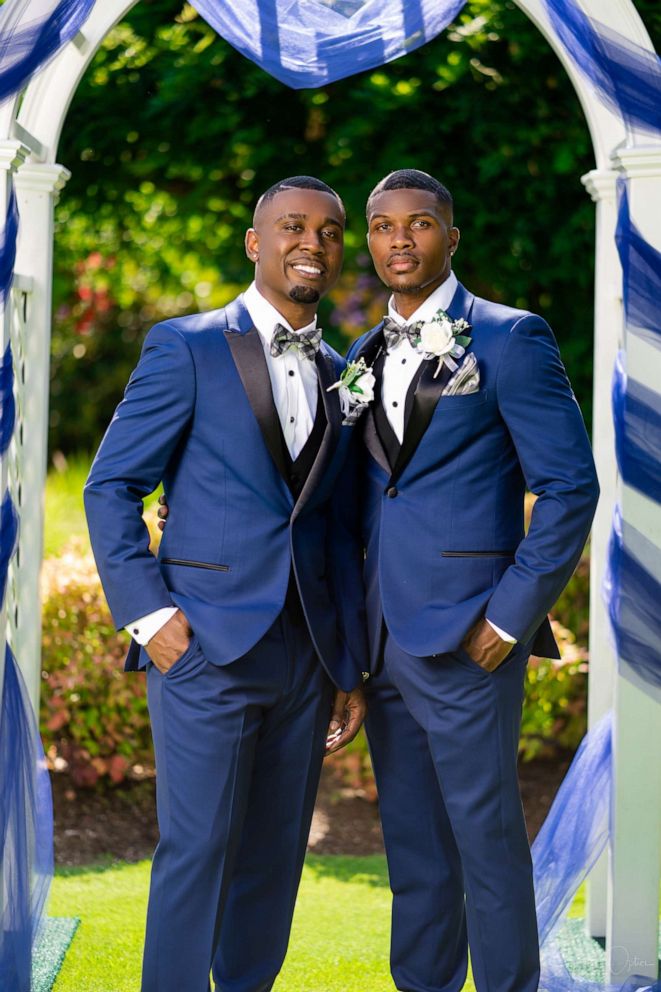 For their reception, the couple already had their first dance set but wanted a way to get the crowd dancing afterward, so they came up with the idea of the flash mob.

"We'd always wanted to do a dance video, but had never made a routine," said Taylor, 35, who teaches dance cardio classes.

(MORE: More than a haircut: Father and transgender son’s heartfelt moment captures the hearts of thousands) 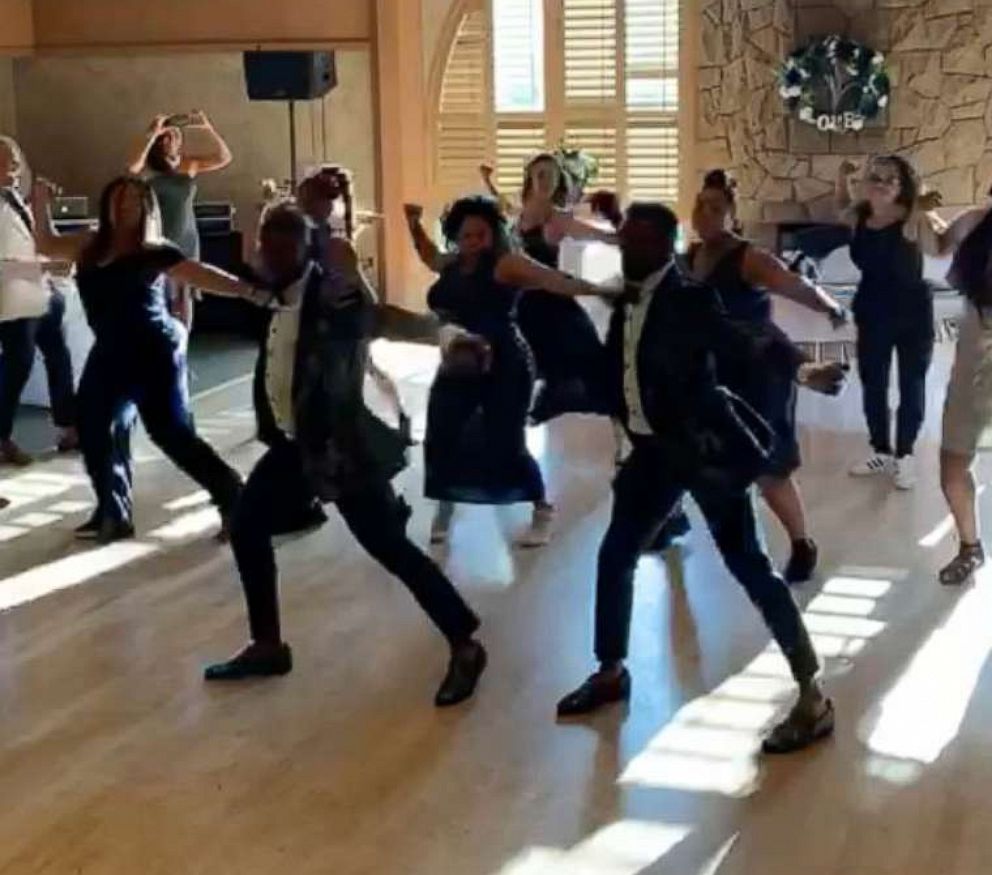 Robert Rinehardt III/TheChancellorsCloset
The grooms recruited some of their wedding party for their epic flash mob at the reception.

He worked with a fellow dancer to help choreograph the flash mob and the couple recruited friends to be part of the performance. The group secretly rehearsed for a month before the Green-Jones' big day.

All their hard work paid off when the performance time came. 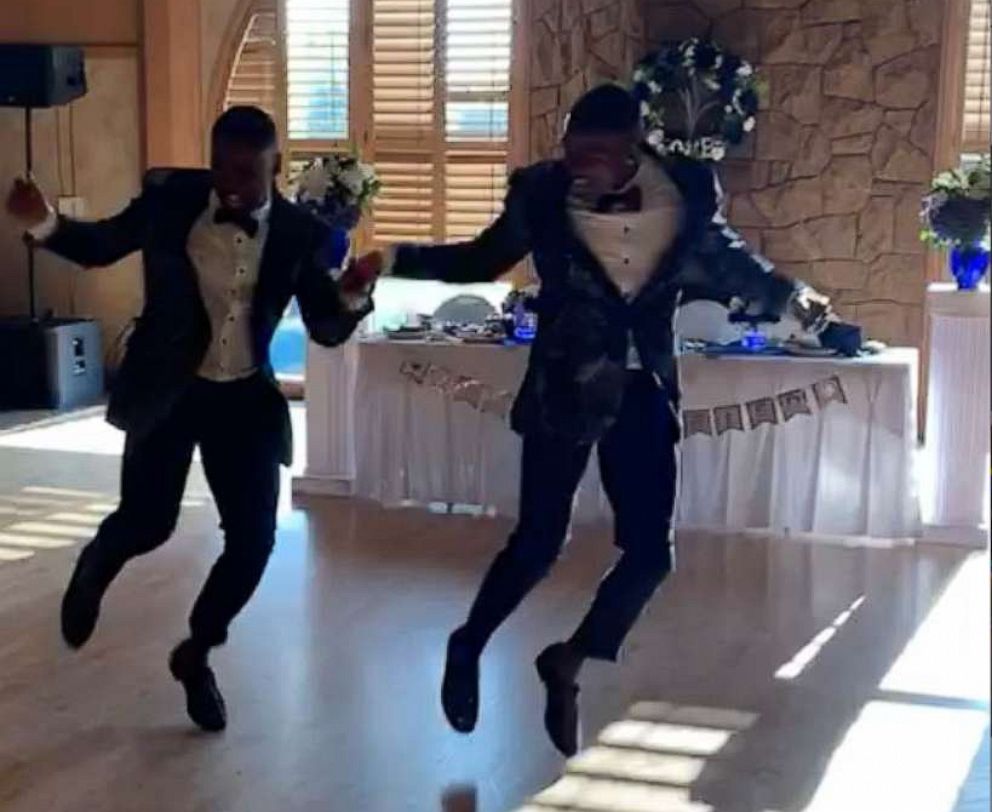 Robert Rinehardt III/TheChancellorsCloset
Taylor and Isaiah stunned the crowd with a high energy dance routine at their wedding.

"Everyone was surprised at the wedding. No one knew, so there was a lot of cheering, a lot of yelling. It was great," Isaiah, 29, said.

The Lil Nas X song hold significance to the couple "because it is sung by an openly gay black male artist," said Isaiah. 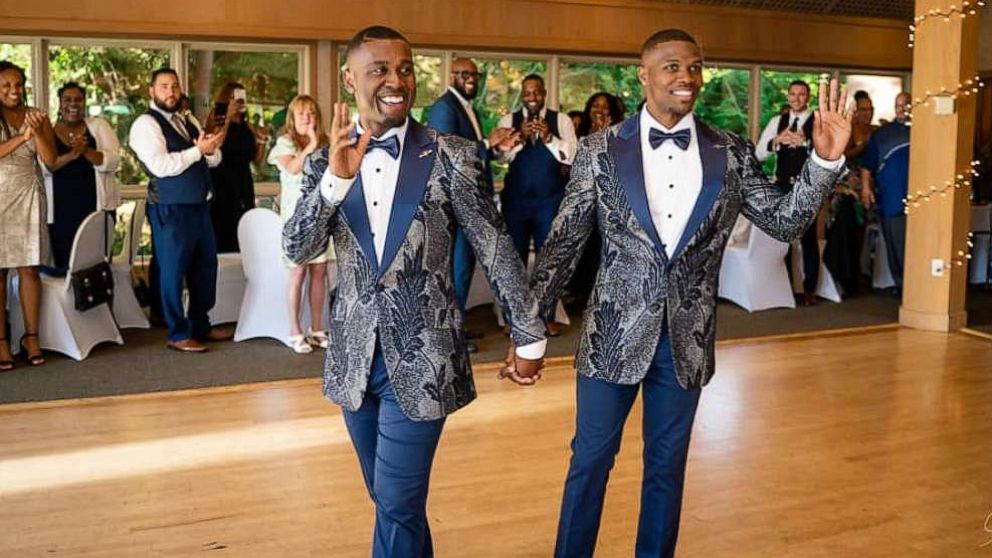 Isaiah posted the video of their dance on Instagram, where positive comments poured in for the happy couple.

"Online, there was a lot of support. I think people felt inspired ... because this video showed a little piece of light in the midst of a lot of negative energy out there," said Isaiah.

Taylor agreed, adding that they hope their video shows others "the importance of supporting folks and celebrating love, no matter what that looks like."