One woman has made her home the most magical house on Earth.

Kelsey Hermanson, mom of two and Disney lover in Seattle, has created an entire Disney-themed home with every room based off a different Disney classic.

From a "The Little Mermaid"-inspired bathroom, to a "Wreck-it-Ralph" bedroom for her daughter, a "Beauty and the Beast" dining room for their guests and a beautiful "Cinderella"-themed master bedroom, the results are breathtaking. 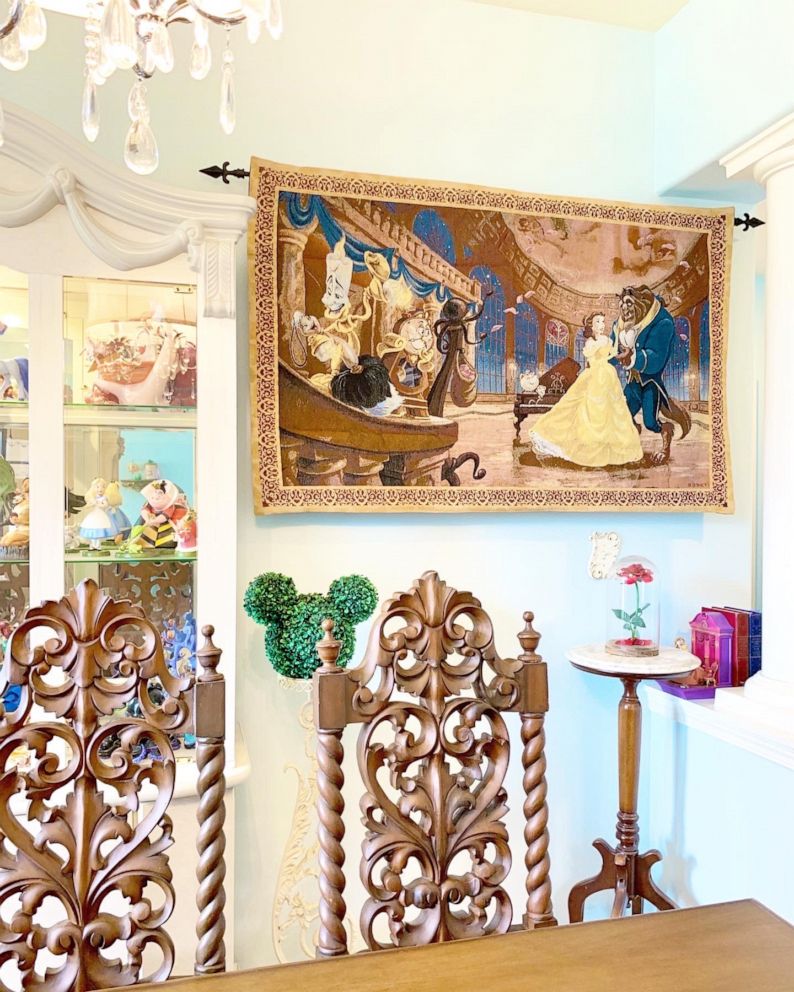 Kelsey Hermanson
This Beauty and the Beast dining room is a magical welcome for guests.

"I grew up in Southern California and we would go to Disneyland all the time and I just love when you go there, you walk through those gates and you're in a different world. You're not in reality, you're somewhere else. And I wanted that in our home," Hermanson told "Good Morning America." "I wanted to be able to go into different rooms and feel a little bit of that Disney magic in every room."

MORE: These Disney superfans get surprise from Mickey Mouse

The decorator finds accents and furniture in thrift stores or online to complete each magical look. Hermanson said she found a bed from the 1800s that was imported from Paris that screamed to her "Cinderella." She painted it blue and added gold accents to match the princess's gorgeous dress. 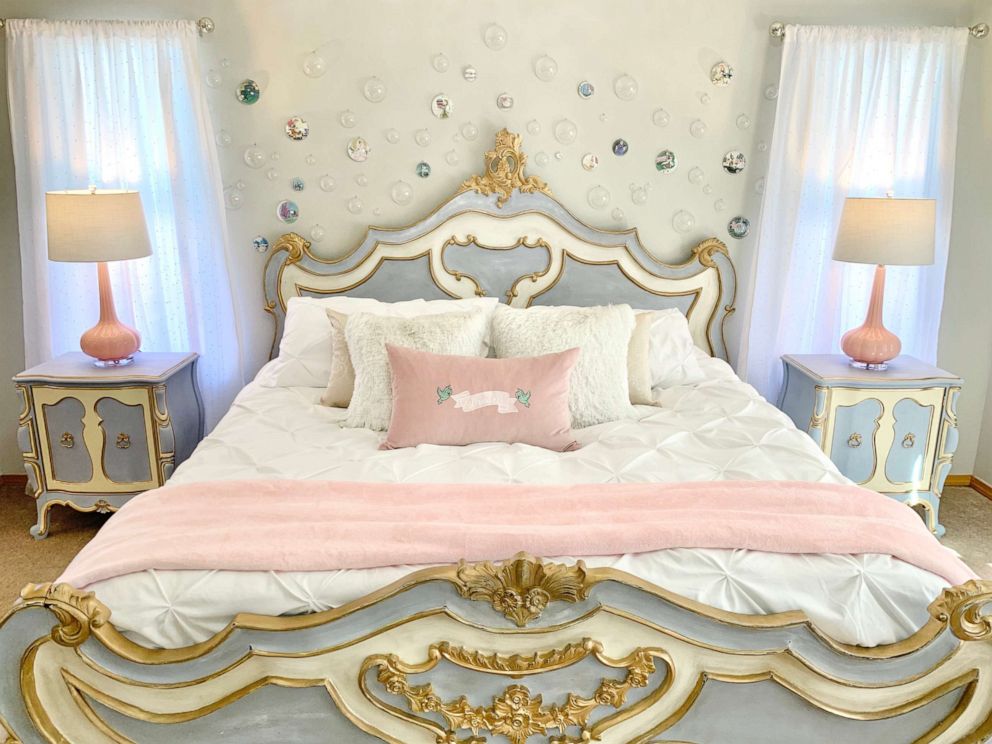 Her favorite room is the "Aloha Disney Room" as her family calls it. Her big, blue couch and sea shell accents give off relaxing island vibes with inspiration from "Moana" and "Lilo and Stitch." 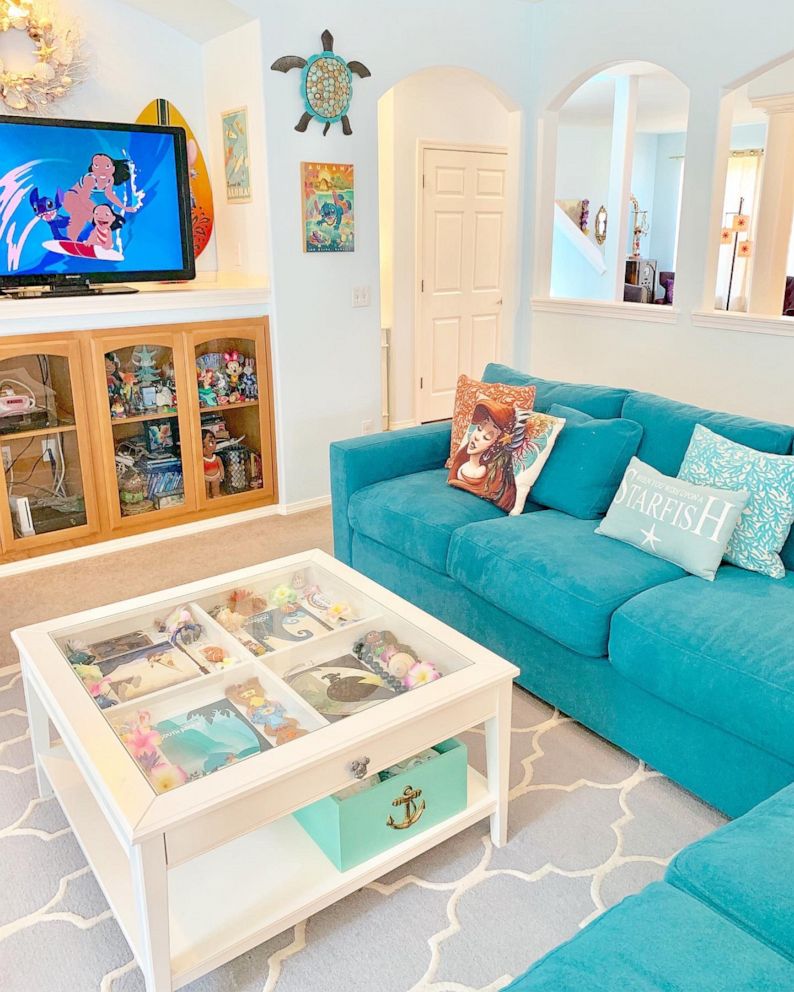 Her "Aladdin" bathroom is illuminated with beautiful lanterns creating an Arabian night scene. She added a magic lantern faucet to the sink to complete the look.

"A lot of the things I just find and repurpose," she said about the faucet. "I do buy things at the Disney Store occasionally, but I really just like to repurpose things into my design. The true story is everything that I've done is on a budget. Most things that I do, I've either made myself or are just very inexpensive and I think the design overall has a very expensive look."

The first room Hermanson decorated two years ago was an "Alice in Wonderland"-themed bathroom. Her inspiration was to make it feel like you were going down a rabbit hole like Alice herself. Hermanson's future plans include creating a "Cars"-themed garage and a "Frozen"-themed bedroom for her daughter when she is older. 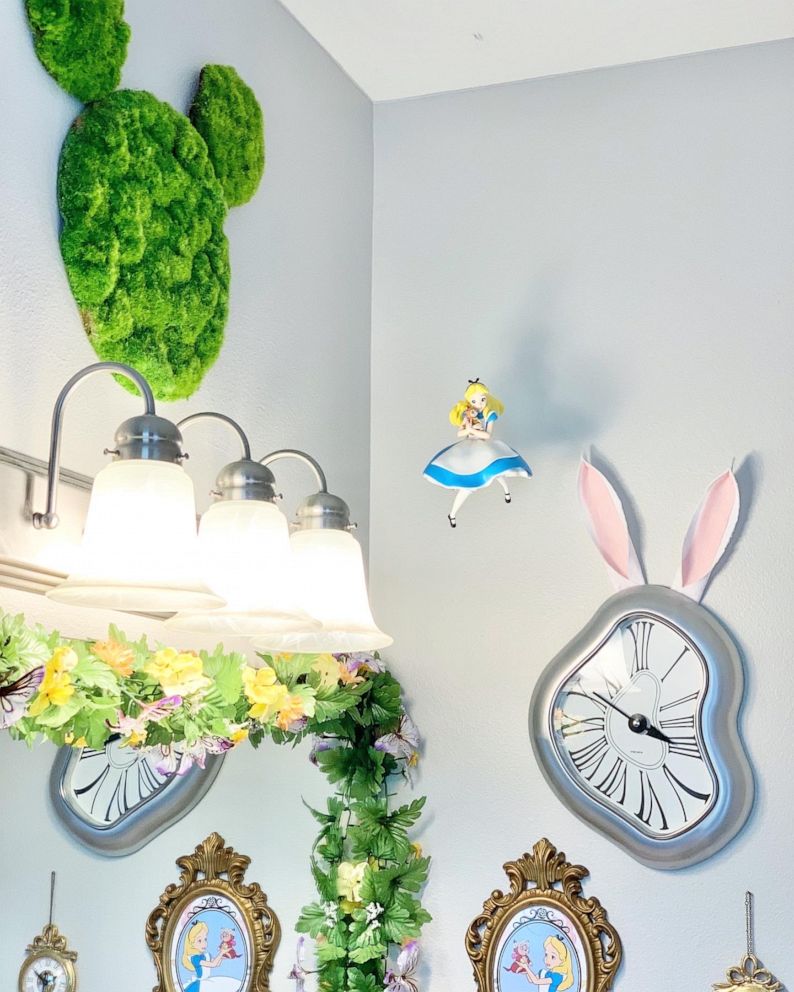 There are seasonal twists, too. The thrifty decorator is currently preparing to transform parts of her house into "The Nightmare Before Christmas" and "Coco" for Halloween.

"We enjoy, in our house, living in our own version of Disneyland. My children love it," said Hermanson. "I love this magical house and I designed it for us to live in."