Kassy Alia Ray says the loss of her husband and the grief that followed amid rising tensions between police and civilians in the aftermath of police involved shootings influenced her to find a way to bridge the divisions in the country, channeling her pain into action.

Forest Acres Police Officer Greg Alia was fatally shot in 2015 while responding to a report of a suspicious person. In addition to his wife, Alia left behind his young son Salvatore, or Sal.

Around that time, civil rights demonstrations over police involved shootings and calls for action on police reform were growing. The year prior, an officer in Ferguson, Missouri, had shot and killed 18-year-old Michael Brown, prompting waves of protest and outcry over police violence against the Black community. The shooting exposed a deep nationwide distrust of police and thrust into the spotlight the ongoing tensions between law enforcement officers and the people in their communities whom they had sworn to protect. 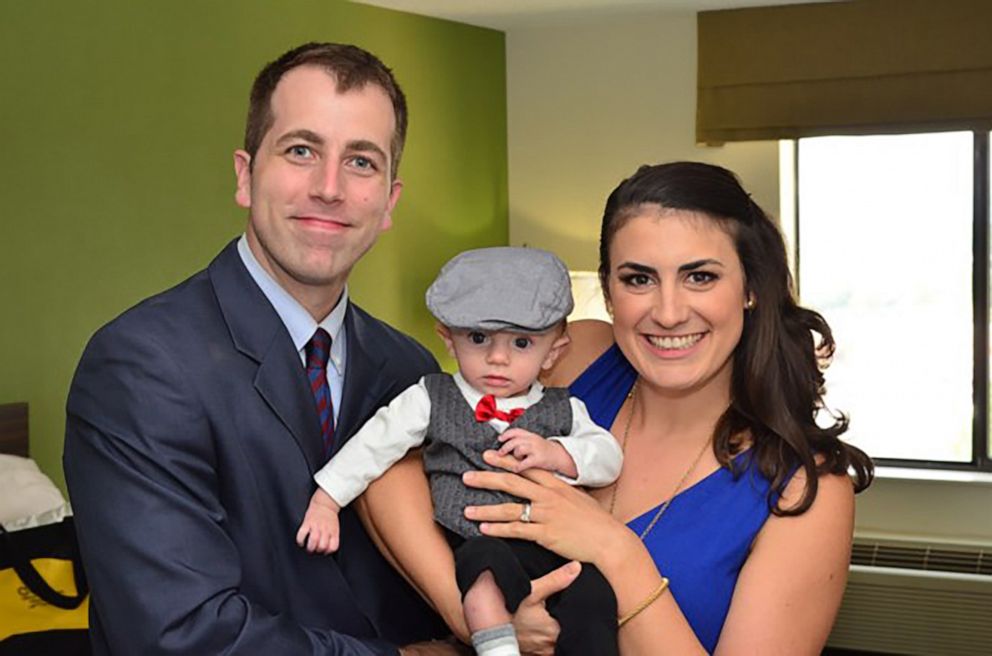 Greg's Groceries is an initiative within Serve & Connect which provides boxes of non-perishable food items to those in need. Boxes are packed by law enforcement and volunteers and distributed to the community by police officers. The goal of the initiative is to build improved relations between civilians and law enforcement by creating "opportunities for positive, non-enforcement interactions between police officers and community members while fostering an environment to enhance trust," according to the Serve & Connect website.

Greg's Groceries also seeks to "provide a resource to police that may not otherwise be available," the site explains.

"I believed ... that we could find a way to move forward to make a difference for us all to create healing and positive change," Alia Ray told "Good Morning America." "And what we've seen through Greg's Groceries and through our work with Serve & Connect is that, across the board, we do want that healing and we're capable of making that happen."

The initiative recently hosted its 14th Greg's Groceries Packing Day where police departments across the state came together in Columbia to pack stacks of non-perishable grocery boxes. The theme for the event, "Beyond the Box," represented the program's mission of starting conversations in non-enforcement circumstances, Alia Ray said.

The organization typically works with local food banks to fill the boxes, which are intended to feed a family of four for a week. At the group's most recent event, Walmart donated all of the food for the boxes, plus an additional $30,000 in support. 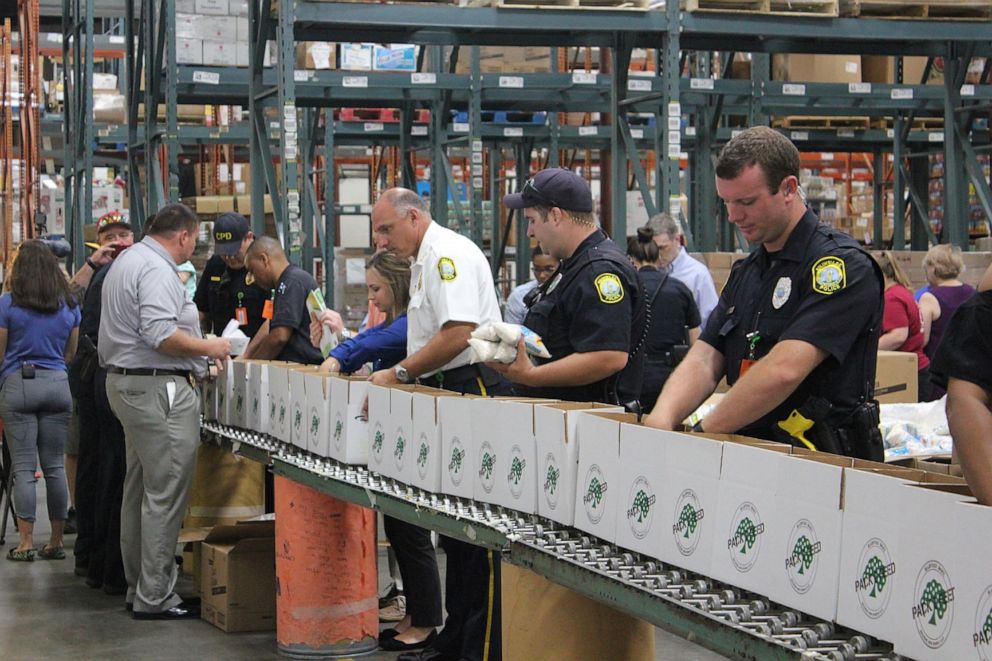 Resources and information on topics including mental health, COVID-19, domestic violence, housing, human trafficking, youth services, substance abuse and suicide prevention were also made available to the public at the volunteer event.

"Food insecurity is a huge issue all across our country, and that's very true here in South Carolina," Alia Ray said. "There is a huge need related to hunger and food insecurity with so many of our communities being considered food deserts. And we have amazing food banks across our state but still there remains a significant need, and police are able to help be that bridge, being able to connect directly with people who are in crisis and in some cases, they will then refer them to additional services for longer term care."

According to nationwide nonprofit Feeding America, 1 in 10 people in South Carolina face hunger.

Columbia Police Department Chief William Holbrook has been involved with the program since its onset. He told "GMA" that the program had been a great collaborative effort that helped officers in addressing needs in the communities they serve.

"I think with any program, you know, especially the citizens that may have a level of distrust ... they hear about things, but they want to see it in action. Then they want to see sustainability," he said.

"[Greg's Groceries] is a program that can be replicated very easily and I think that's why it's been appealing to other departments in this state," he continued. "And, you know, I could foresee this you know, again, catching on and being replicated in other states. It works."

According to Alia Ray, Greg's Groceries has packed more than 10,000 boxes and worked with 75 police departments across South Carolina since its inception, providing more than 200,000 meals in collaboration with the South Carolina State Law Enforcement Division and South Carolina Department of Public Safety. 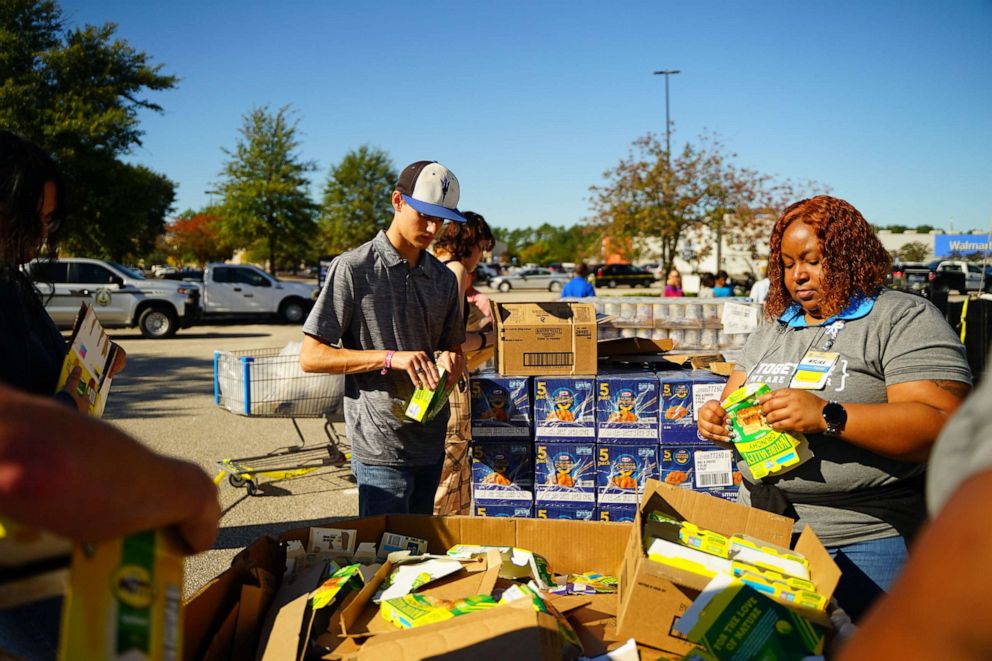 According to the trained community psychologist, an understanding of a mutual desire for the safety of loved ones is key to building trust and making progress in civil-police relations, and acts of service like the ones carried out by her group can help lay the foundation.

"... It's a step in the right direction," she said. "And the more that we can take those steps together, that's the only way we're going to find a way forward and make a difference," she said.

MORE: Policing in the United States

Greg's Groceries hopes to engender trust in the community by helping law enforcement reach out to members proactively and generate positive interactions.

"Every day police officers are coming across people in need and finding ways to help, but what we saw is that those opportunities, those interactions are not just feel good moments, but also opportunities to magnify the bridge between available resources and people that may benefit," Alia Ray said. "Obviously one box of food is not the end all be all to addressing hunger. But what it does provide is an open door for a conversation where an officer is able to connect with a citizen learn more about how they're doing, what's going on in their lives and find ways to potentially connect them with additional resources, or just build an open door for a conversation to take place." 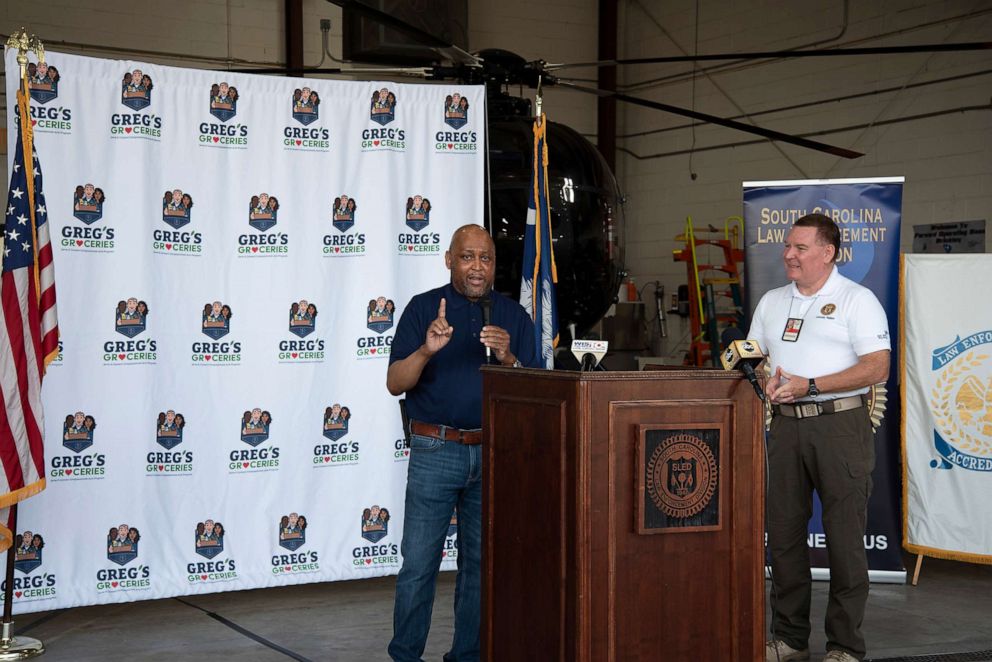 Pastor T.A. Belton of Zion Pilgrim Baptist Church is one community leader who says he has seen the difference that Alia Ray's work has made.