Inspiration can be found everywhere at a Texas elementary school, even in the school’s bathrooms.

Parents at Mary Moore Elementary School students in Arlington, Texas, worked for 37 hours over Presidents Day weekend to transform some of the school’s bathrooms with inspirational messages. 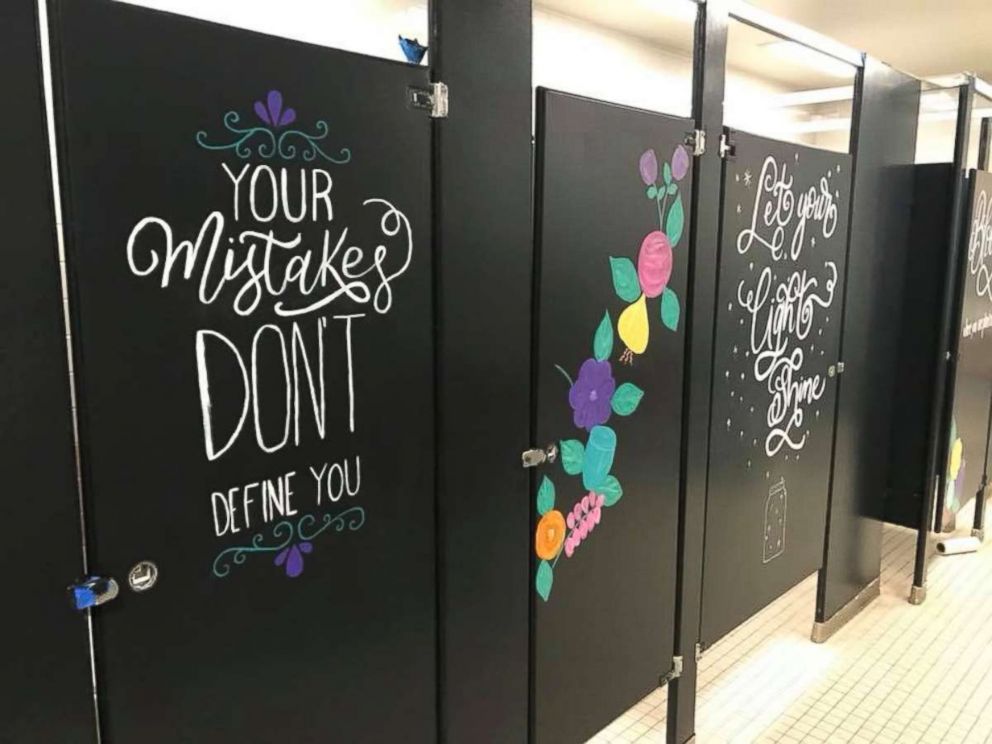 “We’ve been talking to teachers in our school and heard that kids aren’t getting the support they need at home or are having a hard time at school,” said Tammy Duhon, one of the school’s parents who spearheaded the effort. “We as parents wanted to do something, but because we’re such a large school we couldn’t reach everyone individually.”

She continued, “This was a way we could touch every single student and make sure they knew that someone was thinking of them.” 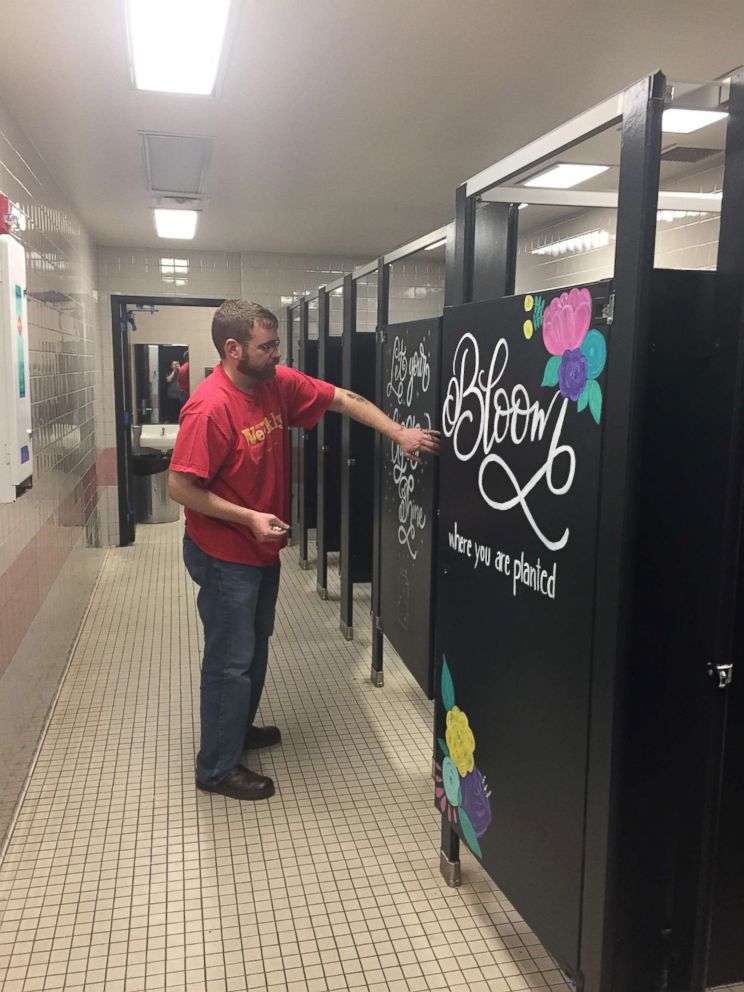 Duhon and her team of nearly one dozen parent volunteers used six gallons of paint to first transform the fifth grade bathrooms at the school. 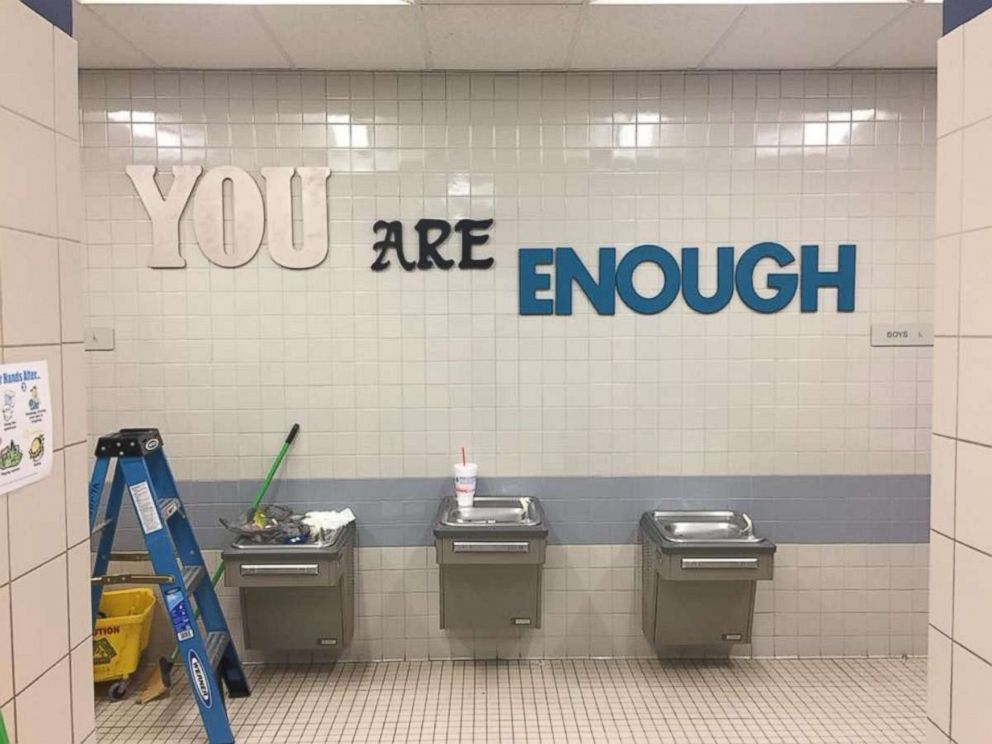 The school, which serves ages 3 to 12, picks a theme each year and this year’s is happiness, according to the principal, Tyson Jones.

The faculty is doing a yearlong book study with the book “The Happiness Advantage” and the students participate too, with challenges like “random acts of kindness week,” Jones said.

“It’s cool that the parents have added another element for the kids to be part of it too,” Jones said, adding that the parents chose the motivational messages, like “bloom where you are planted,” themselves.

“We will be meeting with parents and thinking about what it needs to look like, for instance in kindergarten bathrooms, where words like joy and happy will be more appropriate,” he said. “I can’t wait to get started on the rest of it.” 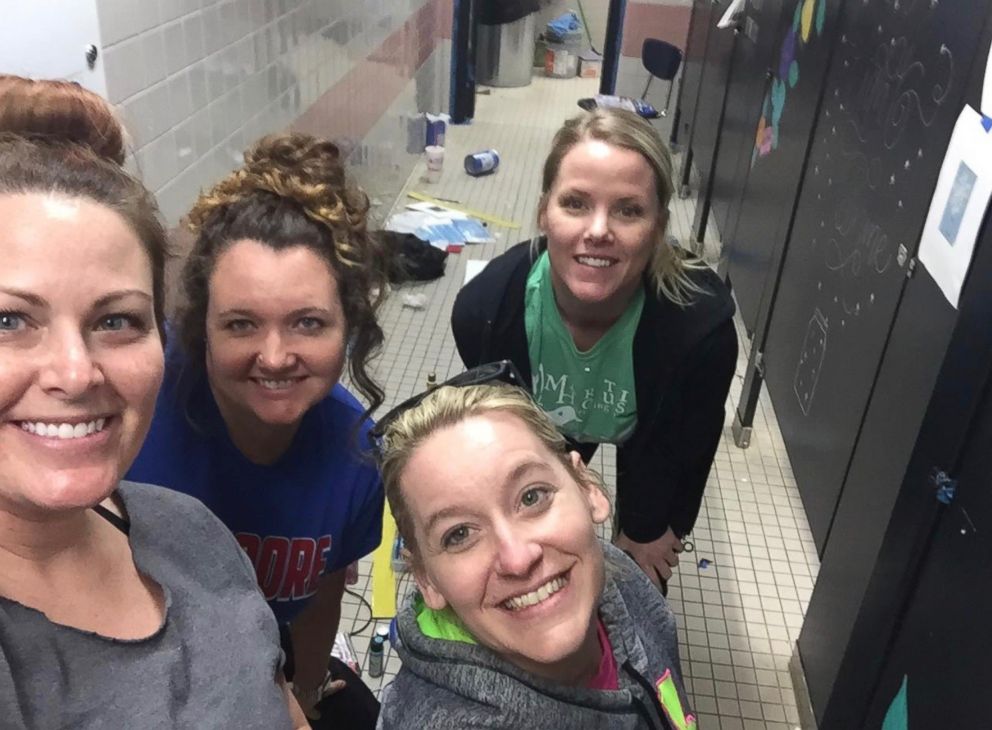 The fifth-grade bathroom renovations were revealed as a surprise to students when they returned from the Presidents Day holiday. The surprise reveal happened to come just a few days after the Parkland, Florida, high school shooting that left 14 students and three educators dead.

“Schools everywhere are kind of grieving together right now so it’s been special to have messages of kindness and hope and love,” Jones said. “Our students have really taken ownership of it and been proud of it.”

Duhon said she has seen a change in her own daughter, a fifth grade student at Mary Moore, following the bathroom renovation.

“I’m super involved in her life but she’s still a 10-year-old girl trying to figure out where she is and she has her moments at school where she has to stop and breathe and think about what she does," Duhon said.

“She came home from school and said, ‘Now I don’t have to tell myself I can do it, I just have to look up and know someone is telling me I can do it,” Duhon recalled. “That’s just what you want to hear as a parent. “

She continued, “And as a village, that’s what you want for kids.” 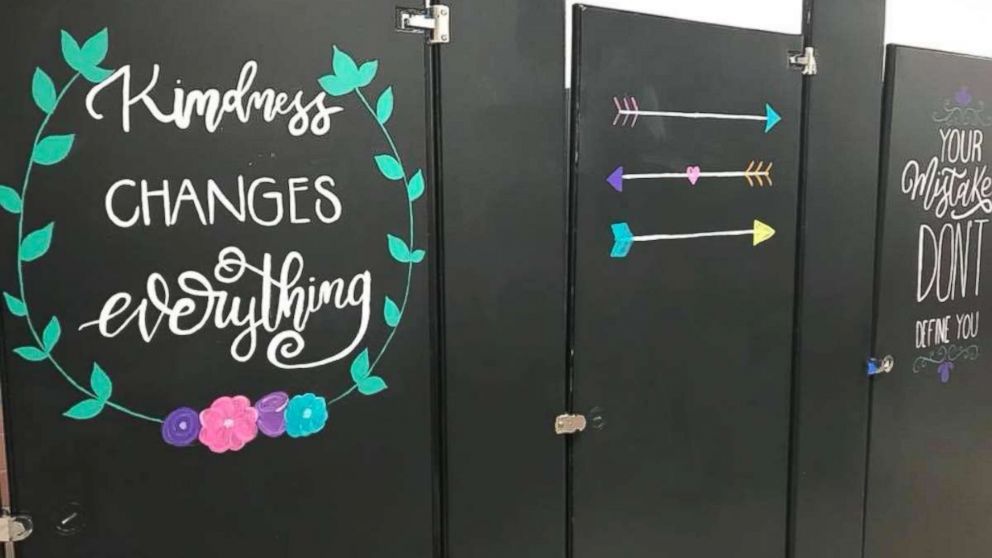