Two dance studios that provide space for joy, celebration and movement for their communities found themselves instead at the center of tragedy over the weekend.

Star Dance Studio, based in the Los Angeles suburb of Monterey Park, was hosting a dance Saturday night when a suspected gunman entered the facility and allegedly shot 20 people, killing 11.

Monterey Park had been hosting the Monterey Park Lunar New Year Festival at the time, marking the beginning of the Chinese lunar calendar. The annual two-day street festival is widely attended, with previous celebrations drawing as many as 100,000 daily visitors, according to the city.

More than 65% of Monterey Park's 60,000 residents identify as Asian American, according to the U.S. Census Bureau. 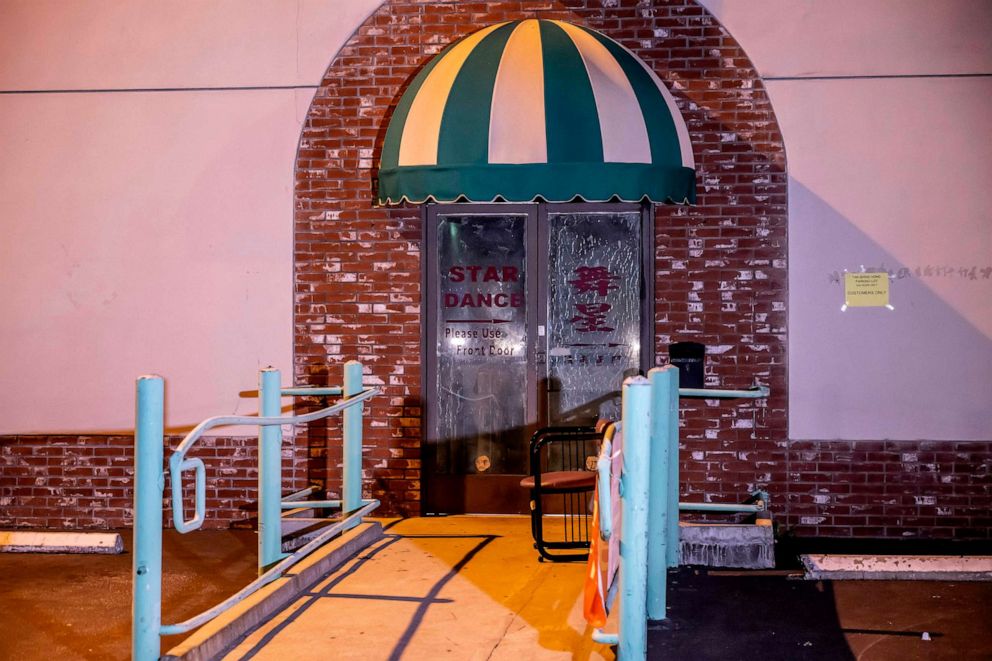 The current owner of Star Dance Studio, Maria Liang, is of Asian descent, having moved to the United States from China in 1987 to study business at Cal State University in Los Angeles, according to her bio on the studio's website.

Liang has owned the studio since 2013, but it has been around for three decades, serving more than 10,000 students, according to its website.

The studio offers classes in all different types of dance, with instructors from Europe, the U.S. and China. On Saturday, the day of the shooting, the studio had been open to the public from 9:00 a.m. to 11:30 p.m., according to the studio's website. 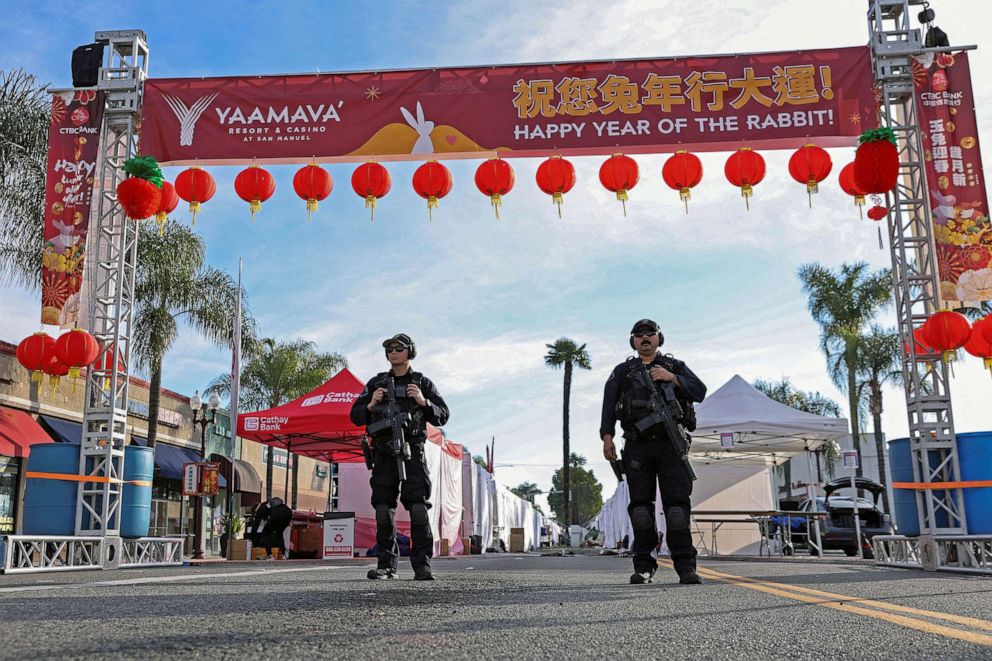 Mike Blake/Reuters
Police officers guard the area near the location of a shooting that took place during a Chinese Lunar New Year celebration, in Monterey Park, California, Jan. 22, 2023.

A Star Dance Studio student who was there at the time of the shooting said she had danced with the same partner every week at the studio for about 10 years.

Editor's Picks
MORE: Man who disarmed Monterey Park shooter speaks out: 'Something came over me'

The student, a woman named Shally, told Los Angeles ABC station KABC she was dancing the jive with her longtime dance partner on Saturday night when gunfire erupted, forcing them to hide under a table.

Shally, who only provided her first name, said her partner, whom she described as a 62-year-old Asian man, died in the shooting.

"He's a nice guy," she told KABC of her dance partner. "We love to dance." 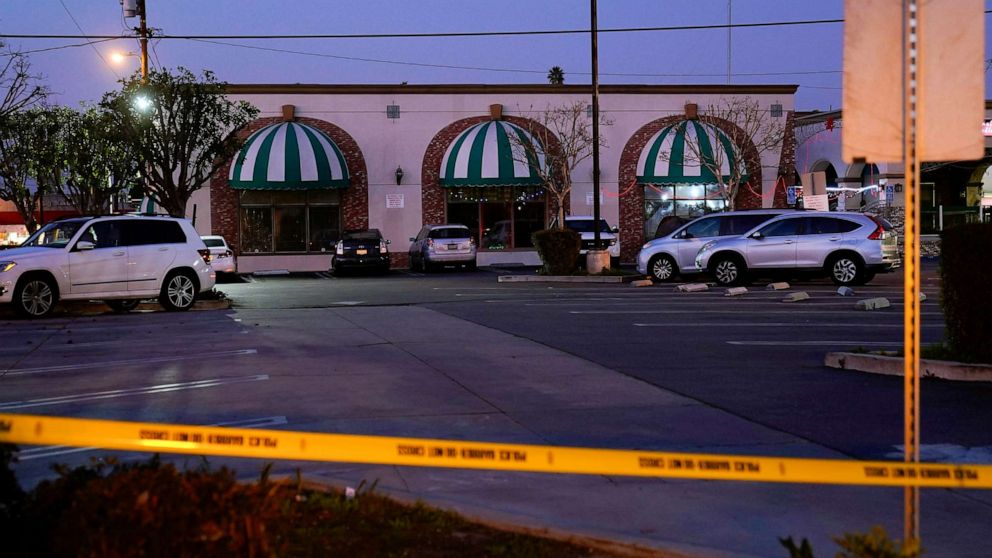 Star Ballroom Dance Studio posted a statement on Facebook late Sunday, saying that the studio would be "closed until further notice."

"What should have been a festive night to welcome the first day of the Lunar New Year turned into a tragedy. Our heart goes out to all the victims, survivors, and their families," the post read. "In this time of healing, we hope that all those who were affected have the space to grieve and process what transpired within the last 24 hours. In the meantime, all classes will be canceled and studio will be closed until further notice."

Less than 20 minutes after the shooting at Star Dance Studio, a second dance studio, located less than three miles away, also found itself targeted by the same suspected gunman, later identified by authorities as 72-year-old Huu Can Tran.

At the Lai Lai Ballroom & Studio in Alhambra, California, the suspected gunman was stopped inside the entrance and fled the scene. 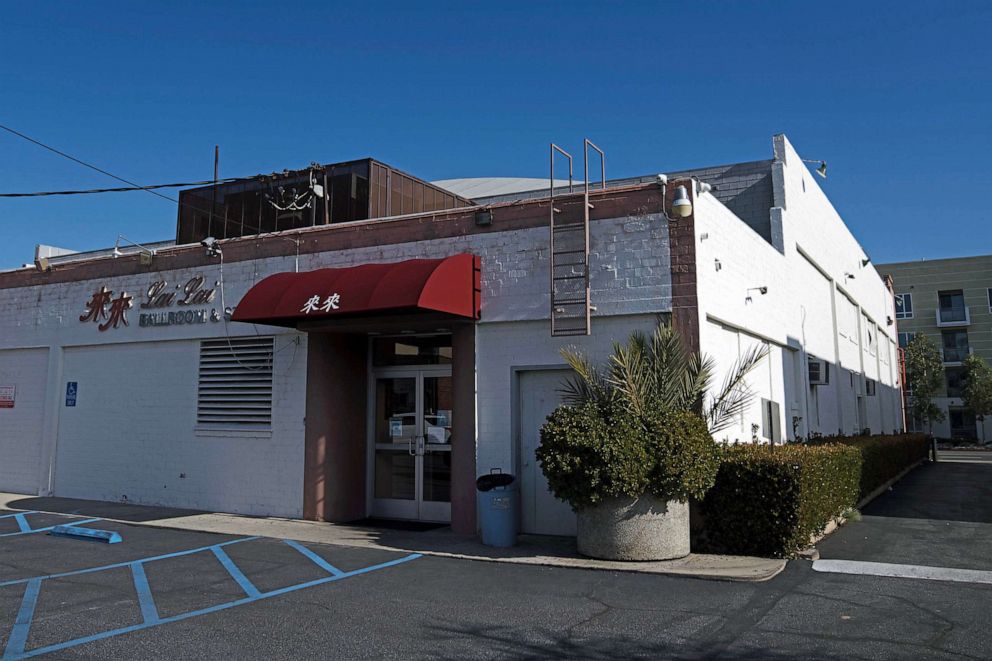 Eric Thayer/Getty Images
The Lai Lai Ballroom and Studio near the site of a deadly shooting in Alhambra, Calif, Jan. 22, 2023

Brandon Tsay, who helps run the dance hall with his family, told ABC News' Robin Roberts he spotted the gunman and sprang into action.

"He started prepping the weapon and something came over me," Tsay said in an interview Monday on "Good Morning America." "I realized I needed to get the weapon away from him. I needed to take this weapon, disarm him or else everybody would have died."

Tsay said he used his elbows to separate the gun from the suspect during the struggle until, finally, he was able to pull the weapon away and shove the man aside.

5:58
Brandon Tsay helped wrestle the gun away from the alleged shooter at a dance studio in Alhambra, California, 17 minutes after the Monterey Park shooting, police said.

Tsay said he then pointed the gun at the suspect and shouted, "Get the hell out of here! I'll shoot! Get away! Go!"

Lai Lai Ballroom & Studio, which specializes in "professional ballroom dance lessons and nightlife," according to its Facebook page, was closed Sunday.

"In observance of the tragedy at Star Dance last night, Lai Lai Ballroom will be closed today. Tea and night dances are suspended until further notice," the studio said in a statement on Facebook Sunday. "Lai Lai will reopen Monday for lessons only. As an extra precaution, All students and teachers are subject to search prior to entering the studio. Our prayers go out to all the victims' families."