The night was winding down after a Lunar Near Year celebration at the Lai Lai Ballroom & Studio in Alhambra, California, on Saturday, when Brandon Tsay heard the front door click close behind him.

"That's when I turned around and saw that there was an Asian man holding a gun. My first thought was I was going to die here, this is it," Tsay, 26, told ABC News' Robin Roberts during an interview Monday on "Good Morning America."

Tsay, who helps run the dance hall with his family, said the gunman was "looking around the room" as if he was "looking for targets -- people to harm."

"He started prepping the weapon and something came over me," Tsay recalled. "I realized I needed to get the weapon away from him. I needed to take this weapon, disarm him or else everybody would have died."

"When I got the courage, I lunged at him with both my hands, grabbed the weapon and we had a struggle," he added. "We struggled into the lobby, trying to get this gun away from each other. He was hitting me across the face, bashing the back of my head." 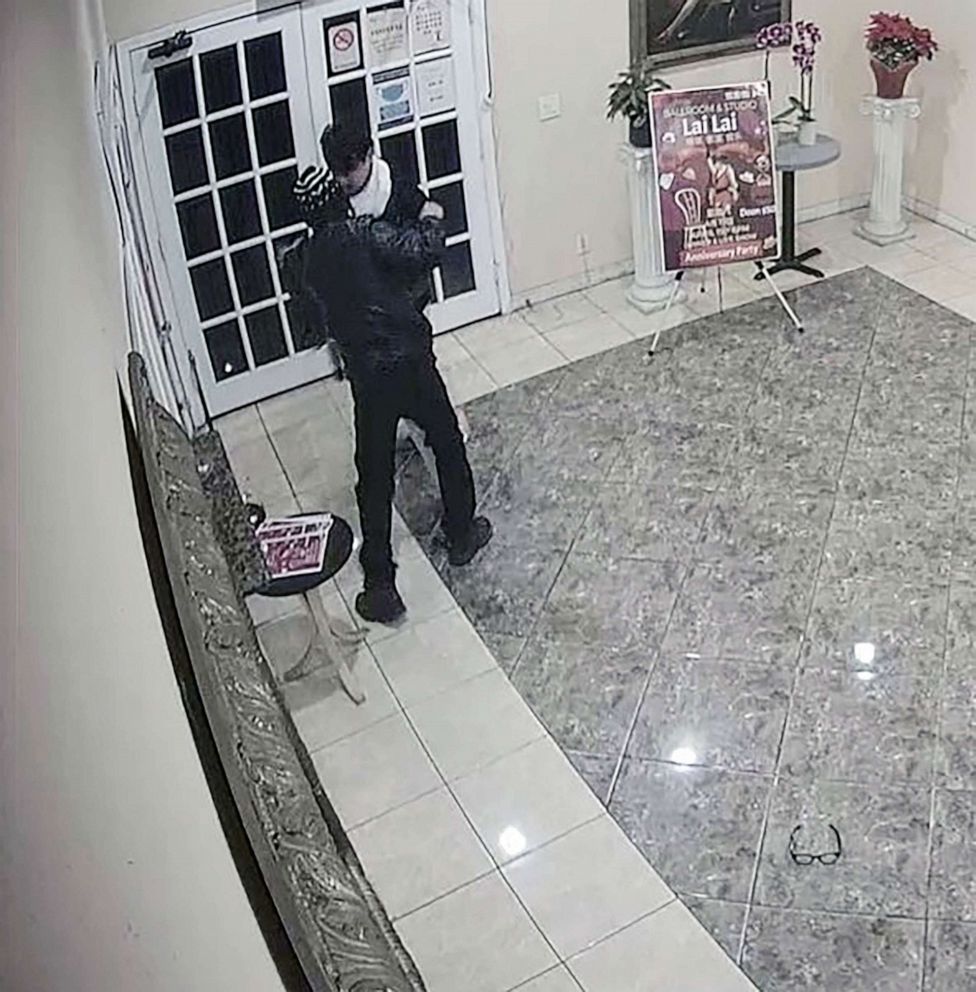 Tsay said he used his elbows to separate the gun from the suspect during the struggle until, finally, he was able to pull the weapon away and shove the man aside. Tsay said he then pointed the gun at the suspect and shouted: "Get the hell out of here! I'll shoot! Get away! Go!"

MORE: The psychology behind what comes over people to disarm shooters

"I thought he would run away, but he was just standing there contemplating whether to fight or to run," Tsay recalled. "I really thought I would have to shoot him and he came at me. This is when he turned around and walked out the door, jogged back to his van. I immediately called police with the gun still in my hand."

Tsay did not know it at the time but would later learn that this same man -- identified by authorities as 72-year-old Huu Can Tran -- had allegedly opened fire at another dance studio in nearby Monterey Park about 20 minutes earlier, killing at least 10 people and wounding 10 others. 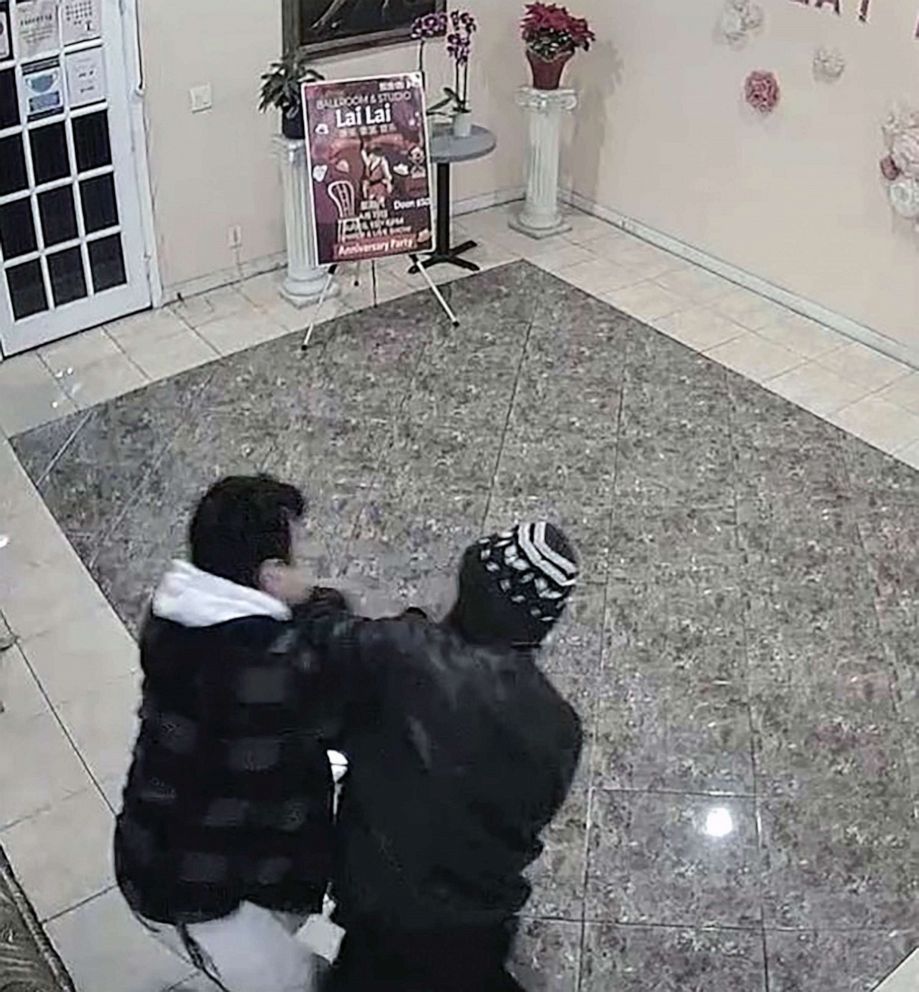 The mass shooting at Star Dance Studio in a predominately Asian community of Monterey Park occurred just after 10:20 p.m. local time on Saturday night, during what should have been the most festive day of the year for those of Asian descent. Tran allegedly fled the scene in a white van and drove to Alhambra, where he entered the Lai Lai Ballroom & Studio before being disarmed, according to authorities.

On Sunday, after a daylong manhunt, police located Tran's vehicle along a road in Torrance, about 30 miles southwest of Monterey Park. As police pulled behind the van in a marked patrol car, the vehicle entered a shopping center parking lot. When officers exited their patrol car to approach the van, they heard one gunshot coming from inside the vehicle. The officers found Tran dead from a self-inflicted gunshot wound inside the van, which had a stolen license plate, according to authorities. 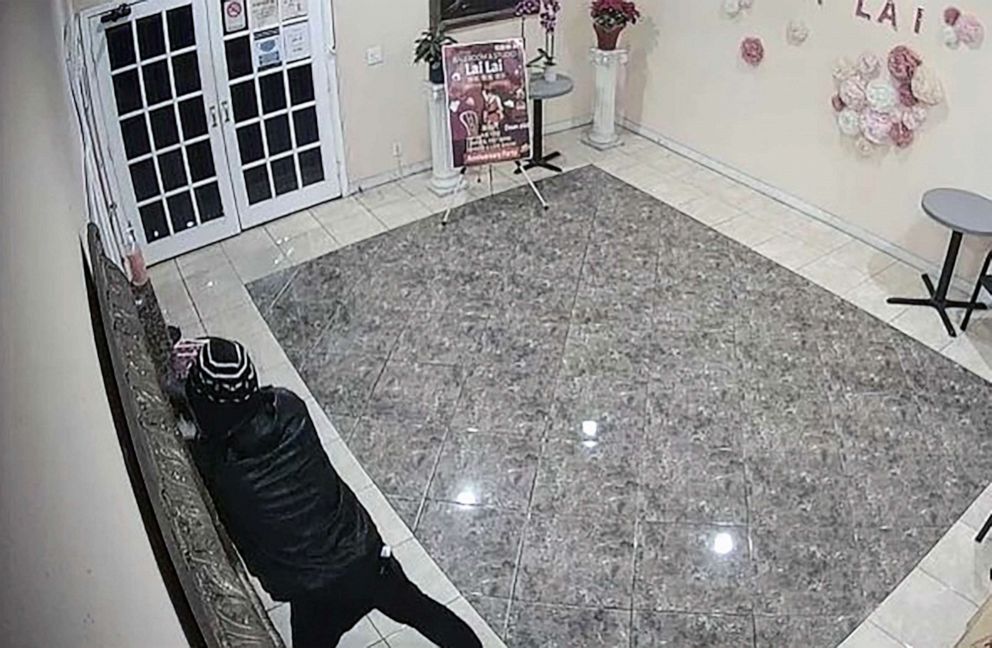 The Lai Lai Ballroom & Studio's surveillance cameras captured the struggle between Tran and Tsay. Tsay told ABC News that he has bruising all over his body from the incident, including across his nose and the back of his head.

"I was shaking all night. I couldn't believe what happened," he said. "A lot of people have been telling me how much courage I had to confront a situation like this. But you know what courage is? Courage is not the absence of fear, but rather the ability to have adversity to fear when fearful events happen such as this."

"In crises like this, the people need courage, especially the victims, their friends, their families," he added. "My heart goes out to everybody involved, especially the people in Star Dance Studio and Monterey Park. I hope they can find the courage and the strength to persevere."