An Oklahoma judge last week exonerated a man who had spent 28 years behind bars, in the nation's latest high-profile case of wrongful conviction.

But according to state law, the maximum amount he could get for each year that he was incarcerated is $6,250.

That’s because Oklahoma has a cap of $175,000 that can be awarded to those who are wrongfully convicted then exonerated.

Experts note that Oklahoma is one of 35 states that have exoneration compensation laws, meaning that there are 15 states with no such laws in place. And of the states that do have such provisions, Oklahoma is “closer to the bottom,” said Rebecca Brown, director of policy for the Innocence Project. 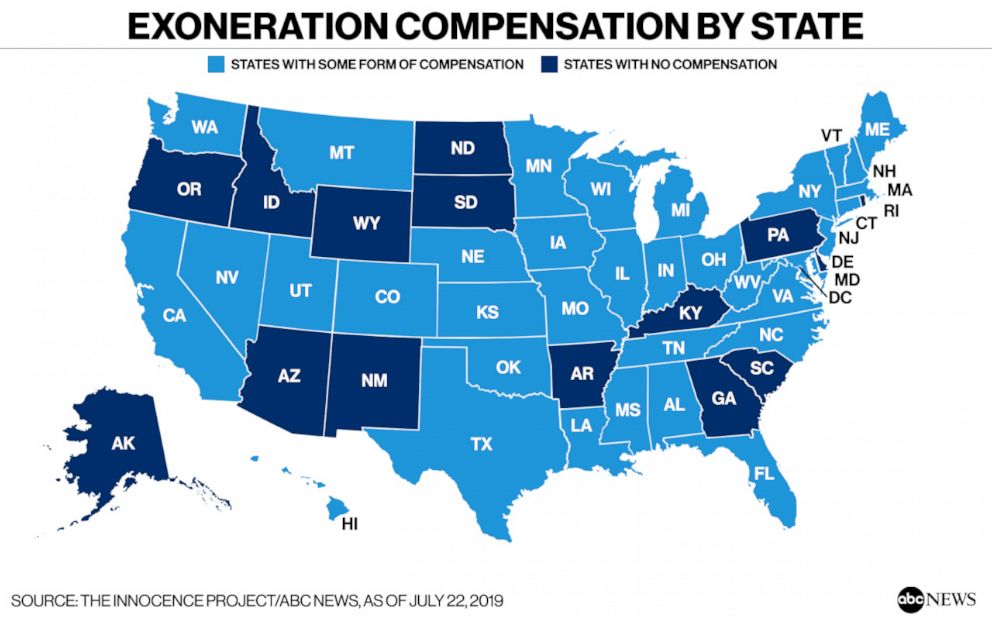 “This runs counter to what I think most people assume, which is in the face of an incredible miscarriage of justice a person would receive an amount of money that would position them to begin their lives again,” Brown said.

Jeff Gutman, a professor of clinical law at the George Washington University Law School who's studied exoneration compensation, said that when asked to grade the various state compensation packages, he would give Oklahoma a D+ because "a state that has an overall cap like Oklahoma really prejudices people who are in longer, the longer-serving exonerees."

(MORE: After being criminally exonerated, the money battle is far from over)

The question of compensation looms large in the case of Corey Atchison, who was freed after serving nearly three decades in prison for a wrongful murder conviction. 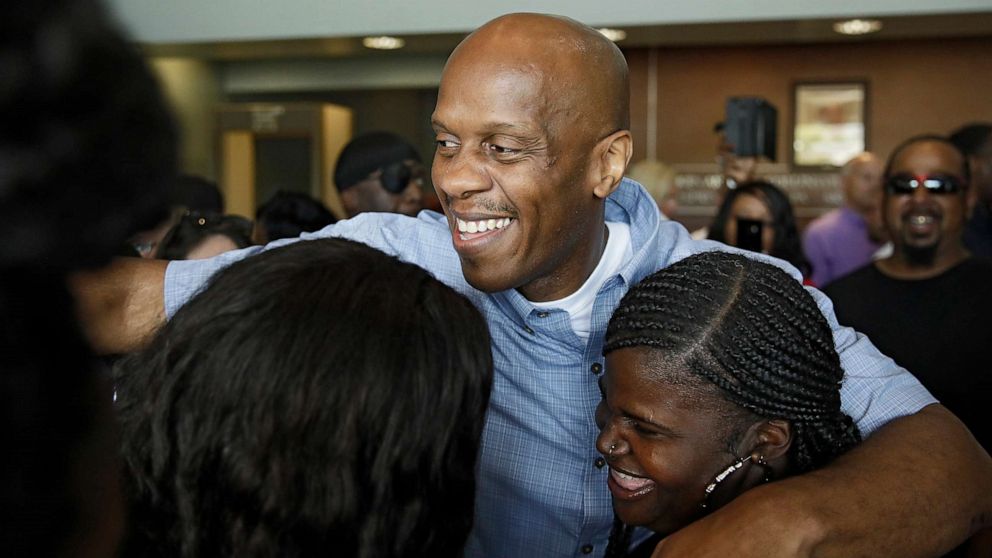 Mike Simons/Tulsa World via AP
Corey Atchison is greeted by his sisters including Laura Scott, right, as he is freed from the David L. Moss Criminal Justice Center after Judge Sharon Holmes declared him innocent in a 1991 murder case, in Tulsa, Okla., July 16, 2019.

“When cases like this are publicized, there’s really an outcry on the part of the public for earnest restitution for the wrongfully convicted,” Brown said about Atchison's case.

Atchison’s attorney, Joseph Norwood, told ABC News that the judge “indicated in her oral ruling from the bench Tuesday that she was finding him actually innocent by clear and convincing evidence,” but that needs to be finalized in a court hearing in September before Atchison can move forward with his effort to receive compensation from the state.

Norwood said that it would likely take about a year to get the compensation, and that will come in one lump sum if and when it is granted.

The growing number of states that have some form of state-issued compensation approach the issue in different ways, with varying total sums, different caps, and different ways in which the payments are parceled out.

Wisconsin allows for $5,000 per year of imprisonment, but has a cap of $25,000 -- however a review board can petition for extra funds. New Hampshire has a $20,000 cap. Montana allows for tuition, room and board at a state community college, but offers no monetary compensation.

In Louisiana, the state allows for a maximum of $250,000 in compensation, with the funds paid out in $25,000 increments over 10 years. That parceling of the payment has impacted exonerees like Jerome Morgan, who spoke to ABC News in April. 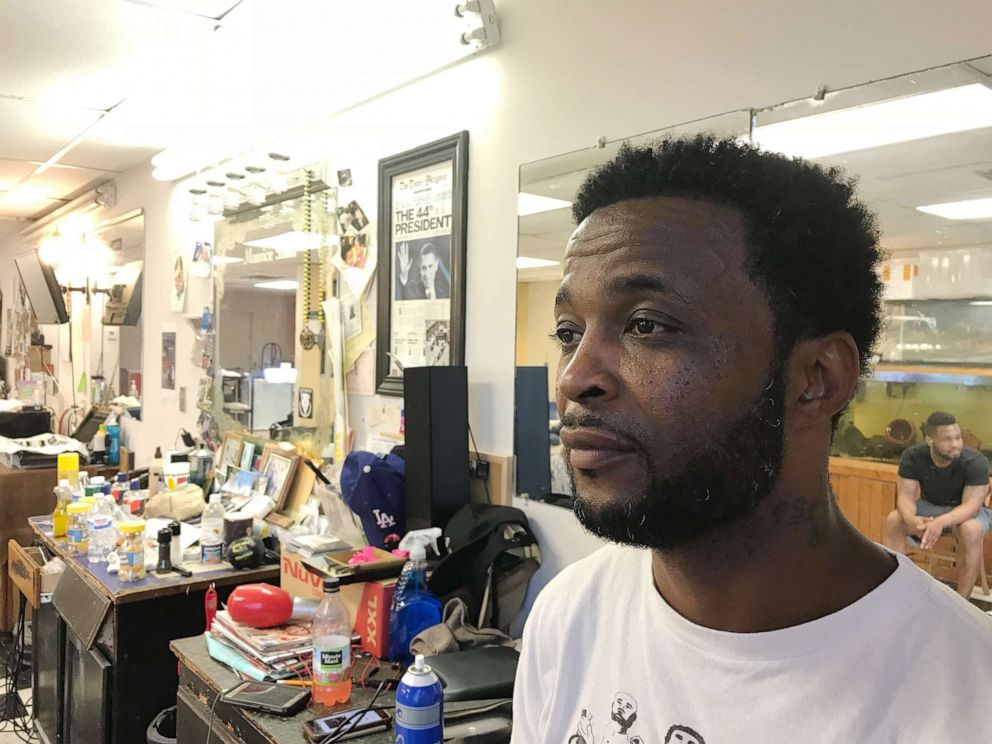 Meghan Keneally/ABC News
Jerome Morgan, 43, was only a teenager when he was wrongly convicted of murder. He was released after 20 years in prison and later exonerated, but it still took years to get compensation for the time he served.

Morgan spent 20 years in prison for a murder he didn't commit before leaving prison in 2014 and being formally exonerated in 2016. He told ABC News that when he got his first compensation payment -- almost five years after leaving prison -- it wasn't even enough to cover the debt he had accrued during that time.

"It's not enough money as it is," Morgan said. "And then you break it down when you don't have access to it until you're in a lot of debt, you know, and so all that ends up happening is you paying off part of the debt, not even the entire debt."

Another stipulation in some states, like Florida, is a so-called “clean hands” requirement, which states that if someone who was wrongfully convicted had a prior felony for an unrelated case, they would not be able to claim any state exoneration compensation funds in the case where they were wrongly convicted. 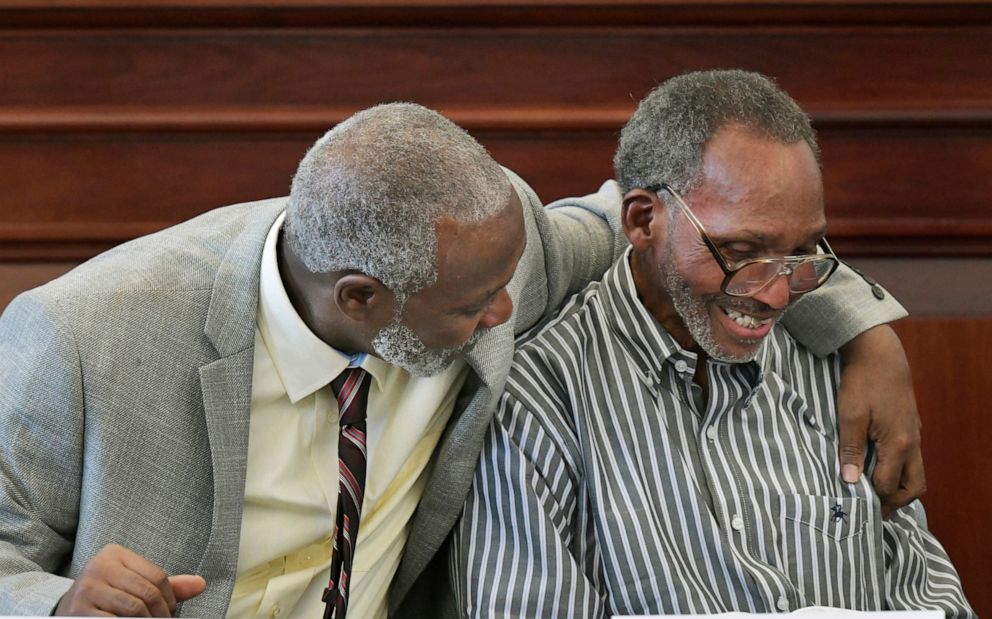 Will Dickey/The Florida Times-Union via AP, FILE
Nathan Myers, left, hugs his uncle, Clifford Williams, during a news conference after their 1976 murder convictions were overturned Thursday, March 28, 2019 in Jacksonville, Fla.

That rule impacts people like Clifford Williams, who was 76 years old when he walked out of prison in March following 43 years behind bars for a murder it was later proven he didn't commit. Because of two prior felonies that he committed before his 1976 wrongful conviction, Williams will not be eligible for the $2,000,000 that Florida exonerees could be eligible to receive.

Beyond seeking restitution from the state, exonerees can try to seek compensation if they believe their federal civil rights were violated -- but bringing a lawsuit on those grounds faces a high bar.

“You have to really prove two things: first that there was official misconduct in your cases and that's not always the case in a wrongful conviction, and then in addition to probing official misconduct, you have to prove that that rose to the level of a constitutional violation,” Brown said of federal civil rights violation cases. “It’s just an incredibly high burden to meet, and in recognition of that 35 states have passed some form of compensation.”