The landmark precedent that protected a person's right to have an abortion was overturned by the high court's conservative majority.

Activists who work in Black and brown communities fear the socioeconomic effects of this decision. Abortion rights, they say, are an economic and health justice issue.

Abortion rights advocates also say there are several factors that may go into a person's decision to seek an abortion, including health care access and quality, financial support and willingness to be pregnant.

"This is not something where it's either: make a choice to choose to be a parent or not to choose to be a parent," said Oriaku Njoku, co-founder and executive director of ARC-Southeast, an abortion fund in Georgia that serves six states across the Southeast region. "There's so many things like access to food, access to a living wage, access to insurance, your race, your gender, your ability to make money for your family."

She says that not just the right to have an abortion, but also the right to access an abortion has long been threatened and that many people are struggling with the multifaceted injustices in poverty, health care and stability. 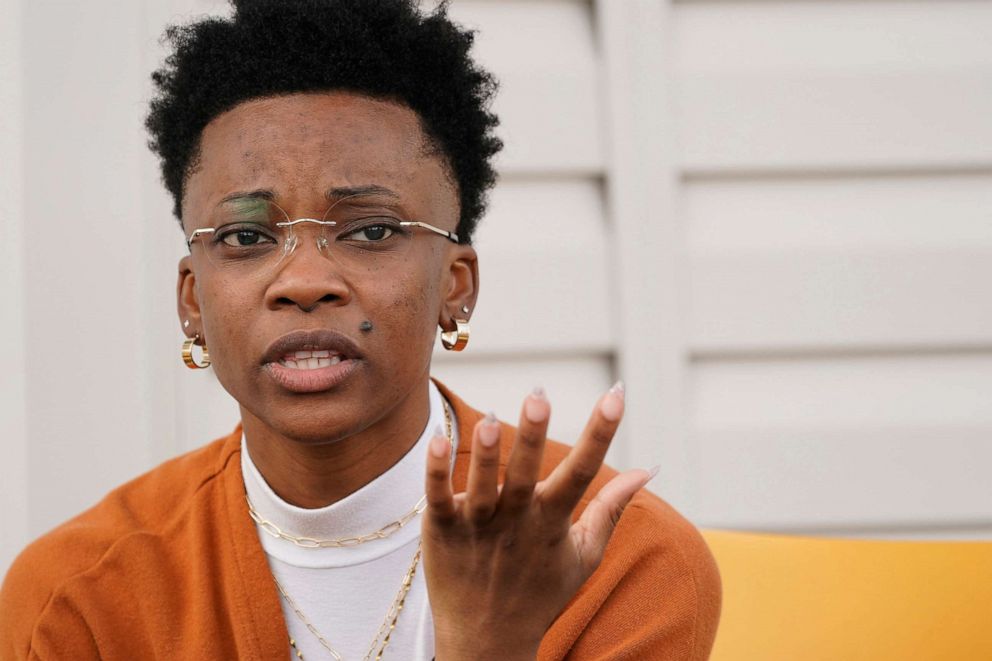 Rogelio V. Solis/AP, FILE
Amanda Furdge talks about the contrast of easily finding abortion services when she lived in Illinois and the difficulty of finding the services after she moved back to Mississippi, which has only one abortion clinic, during an interview in Clinton, Miss., on Dec. 10, 2021.

The demographics of abortion patients

In the most recent data from the CDC in 2019, Black women had the highest rate of abortions with 23.8 abortions per 1,000 women.

MORE: Here's where abortion will be protected if Roe v. Wade is overturned

The country's most marginalized will be affected by looming abortion bans -- people already impacted by poverty, lack of health care access and racism in the health care system, advocates say.

"This fight for abortion access that we're in right now is a fight against white supremacy in this country," said Monica Raye Simpson, the executive director of the Southern-based reproductive justice group SisterSong. 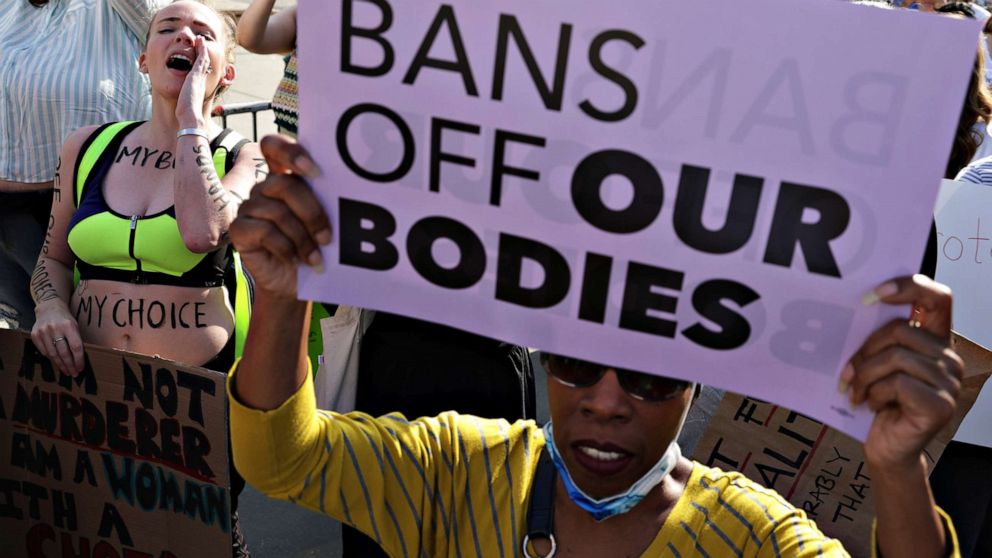 Alex Wong/Getty Images
Pro-choice activists protest during a rally in front of the U.S. Supreme Court in response to the leaked Supreme Court draft decision to overturn Roe v. Wade May 3, 2022 in Washington.

"When we live in a world in a country where access to health care is already extremely limited to people of color … that is a problem," said Simpson.

She continued, "To think about what it would mean to take care of themselves, accepting themselves as a family, like all of these are parts of a decision that one has to think about when thinking about creating a family."

Even when factors like income, age, condition, and insurance are comparable, research has shown that Black and brown people are still failed by the health care system.

These poor health systems contribute to worse health conditions: Black people are at higher risk for heart diseases, stroke, cancer, asthma, diabetes, according to the Department for Health and Human Services.

Black and Hispanic women are more likely than white women to experience health complications during pregnancy and childbirth, according to Blue Cross Blue Shield Association.

A recent report from the Centers for Disease Control and Prevention also found that Black women died of maternal causes at nearly three times the rate of white women in 2020.

Being pregnant presents some kind of risk. And unintended pregnancies increase the risk for poor maternal and infant outcomes, the CDC reports.

"The real issue is the historic and ongoing disparities and access to quality health care, and sexual and reproductive health information in Black and brown communities," Njoku told ABC News. "This is denying the next generation a better future. Improving access to health care, education, family planning; I feel like those are better ways to reduce unintended pregnancies than trying to restrict abortion."

For others, terminating unintended pregnancies can be a financial decision.

The financial implications of pregnancy

Activists say abortion bans will only push pregnant people into poverty or into debt. Pregnancy and childbirth alone can cost thousands of dollars.

Black and Hispanic people are 1.8 and 1.5 times as likely to be in poverty than white people, according to 2019 census data.

"When there are barriers placed on someone's ability to access abortion care, it pushes them farther into pregnancy, and has pretty devastating financial implications for folks who have to pay out of pocket if their insurance doesn't cover abortion care," said Morgan Hopkins, the executive director of campaigns and strategies for abortion rights group All* Above All.

"It only gets more expensive the further into pregnancy you go," Hopkins said.

However, many reproductive rights activists say that even while Roe was the law of the land, abortion was still hard to access for many across the country.

According to reproductive care researchers at the Guttmacher Institute, abortion access has long been limited for those in states with stronger abortion restrictions, that already push people to travel out of state.

In states with anti-abortion rights legislation, the organization found a high correlation between the "proportion of women whose nearest provider was in another state and the proportion who obtained out-of-state care not found in a state with supportive abortion policies."

For some, it can be an expensive but necessary task.

"If this leaked draft becomes final, it will be earth-shattering and felt hardest for those same communities that are already being disproportionately impacted," Hopkins said.

"If someone is forced to carry a pregnancy to term, it impacts their economic security and their ability to live the life that they want and raise the family that they maybe already have," Hopkins said. "The impact will be devastating."