This brings the nine-week jobless claims total since the coronavirus crisis took hold in the U.S. to approximately 38.6 million people.

"With a ninth straight week of new weekly jobless claims being counted in the millions, although at a lower level than before, one might be tempted to focus on the continuing decline," Mark Hamrick, the senior economic analyst for Bankrate, said in a commentary Thursday.

MORE: US unemployment rate skyrockets to 14.7%, the worst since the Great Depression

"But at 2.4 million new claims last week, the seismic impact should not be dismissed because earlier shock waves were larger," he added. "This number of new claims alone is about equal to the population of the city of Houston, Texas." 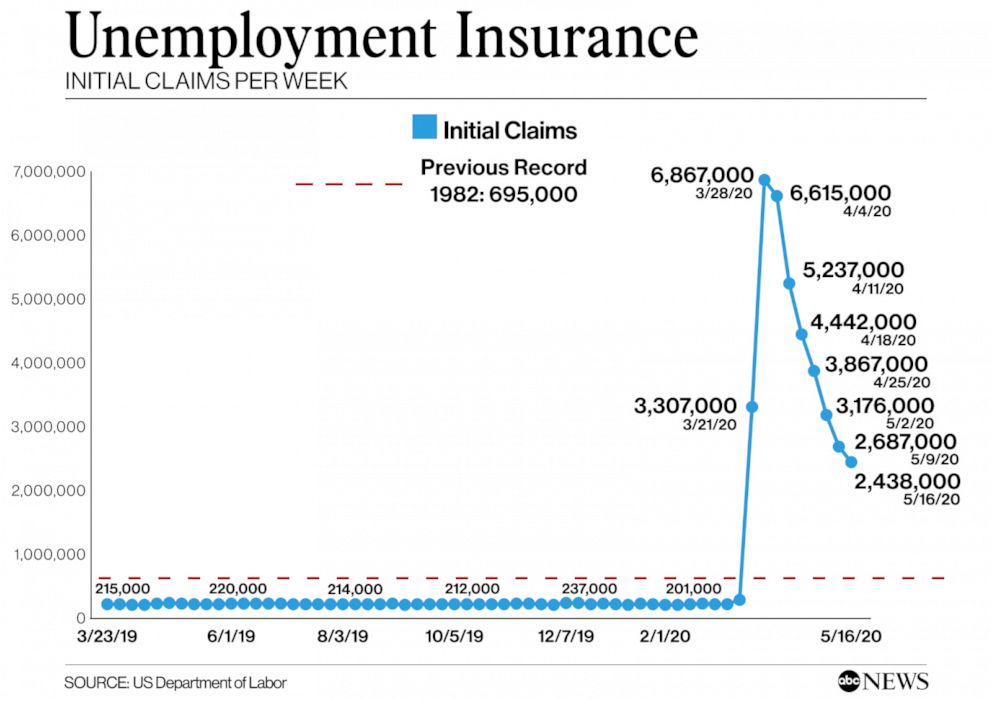 Millions have filed for unemployment benefits every week for the last two months. New jobless claims peaked at nearly 7 million in the week ending March 28, though they have leveled off since then. Prior to this pandemic, the record for new weekly unemployment filings was 695,000 in 1982. 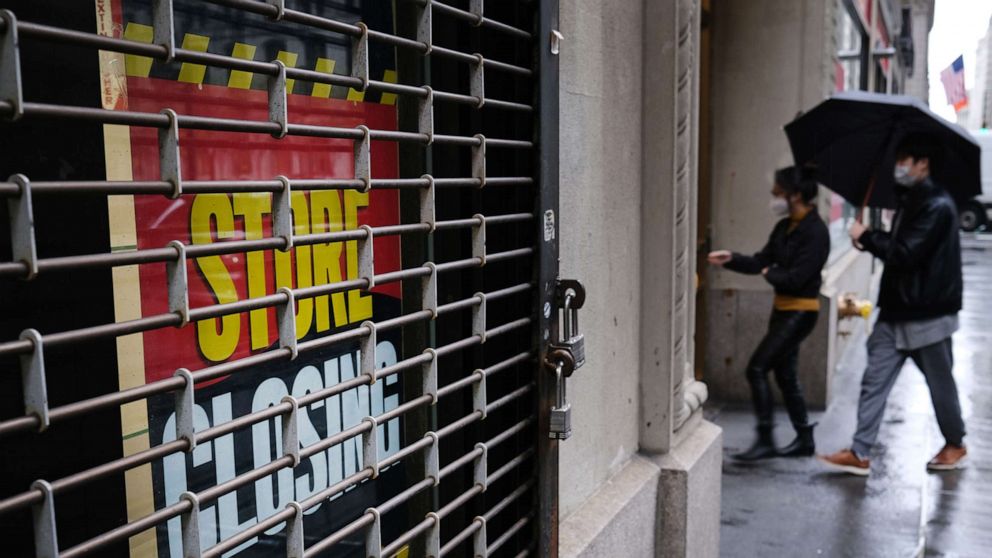 Spencer Platt/Getty Images,FILE
A store stands closed near Wall Street as the coronavirus keeps financial markets and businesses mostly closed on May 8, 2020 in New York City.

Among the hardest-hit industries by the coronavirus lockdowns and restrictions are hospitality, food services and retail, though the pandemic has impacted nearly all industries in the U.S. economy.