Dozens of leading U.S. companies penned a letter Wednesday urging President-elect Joe Biden and lawmakers to re-enter the nation into the Paris Climate Agreement and to enact "ambitious" solutions to tackle climate change.

The letter was signed by 42 companies, including Amazon, General Motors and Walmart. The companies "view climate action as a business imperative," the letter said.

MORE: US officially withdraws from Paris Agreement that aims to combat climate change

"Our communities and our economy are enduring not only a devastating pandemic but also the rising costs of climate change," the letter went on. "Record wildfires, flooding, hurricanes and other extreme weather are upending lives and livelihoods. And science makes clear that future generations will face far greater environmental, economic and health impacts unless we act now." 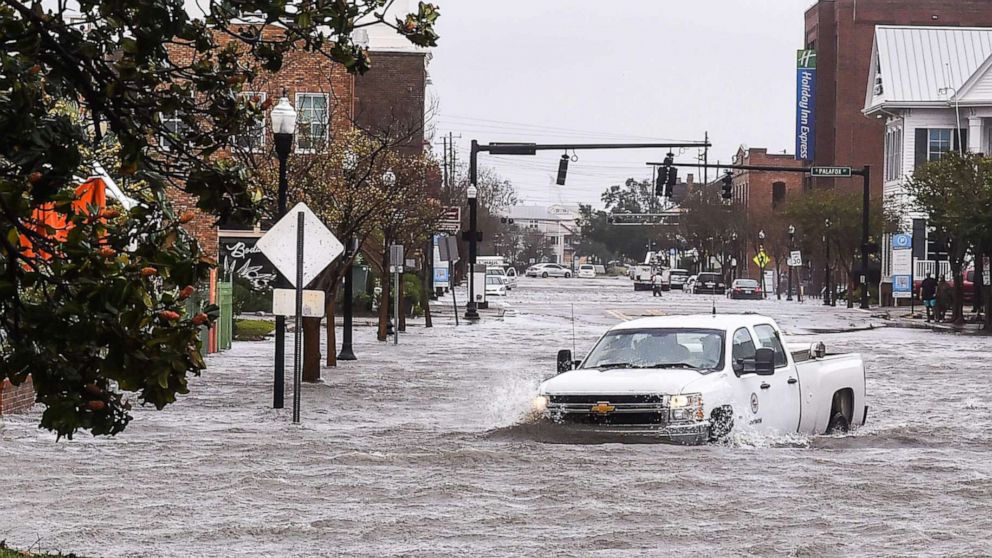 Chandan Khanna/AFP via Getty Images, FILE
A city worker drives through the flooded street during Hurricane Sally in downtown Pensacola, Florida on Sept. 16, 2020.

The business leaders went on to highlight that actions to address climate change have the "added benefit" of generating substantial economic activity in the U.S.

"Leveraging American investment and innovation toward the technologies of tomorrow will create jobs, drive growth, and strengthen U.S. competitiveness," the letter said. "Near-term climate actions can contribute significantly to our economic recovery." 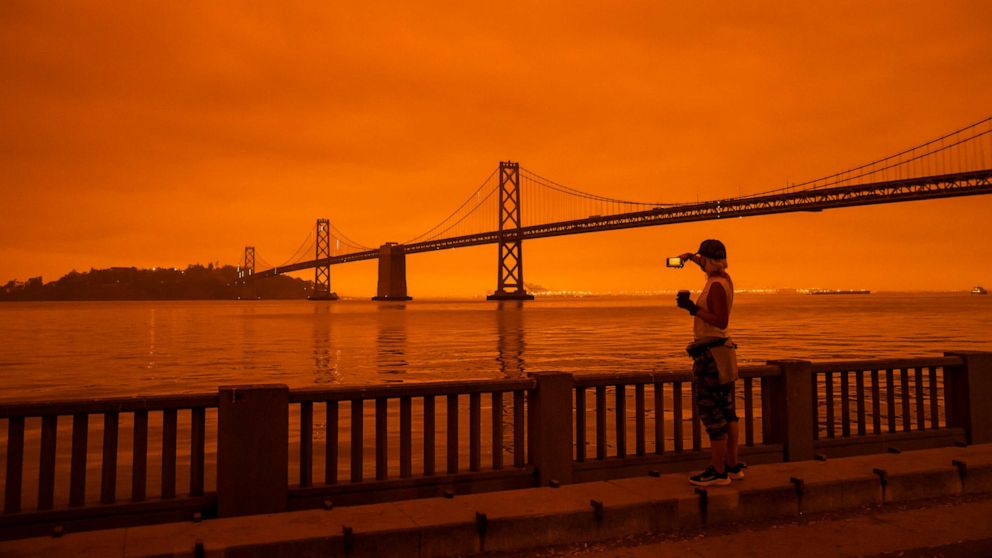 Philip Pacheco/Getty Images, FILE
In this Sept. 9, 2020, file photo, a person takes in the view from the Embarcadero as smoke from various wildfires burning across Northern California mixes with the marine layer, blanketing San Francisco in darkness and an orange glow.

Finally, it said the new administration and new Congress provides an opportunity to seize the moment on climate change goals.

Notably, the letter does not provide any specific pledges or concrete steps from these companies on climate change, but does signal support from the business world for ambitious climate policy actions.

The move comes just after the Trump administration officially withdrew the U.S. from the international Paris Agreement last month. The accord is a collective agreement among nearly 200 countries that aims to prevent the earth's temperatures from rising 2 degrees Celsius above pre-industrial revolution temperatures, the value that climate scientists have determined will have disastrous consequences if exceeded.

The private sector has faced renewed pressure to tackle climate change issues head-on, and many companies have unveiled ambitious goals to do so in response to consumer demands.

Biden has previously said that he will recommit the U.S. to the Paris Agreement.