Hundreds of workers returned to their posts Saturday morning for the first time since the Sturgis facility closed amid contamination concerns in February following the discovery of a deadly bacteria inside.

The closure and a voluntary recall were among several factors that contributed to a nationwide formula shortage crisis.

It will be roughly another six to eight weeks before the Sturgis plant is back to full capacity, according to Abbott, and product returns to shelves with a real impact on families. 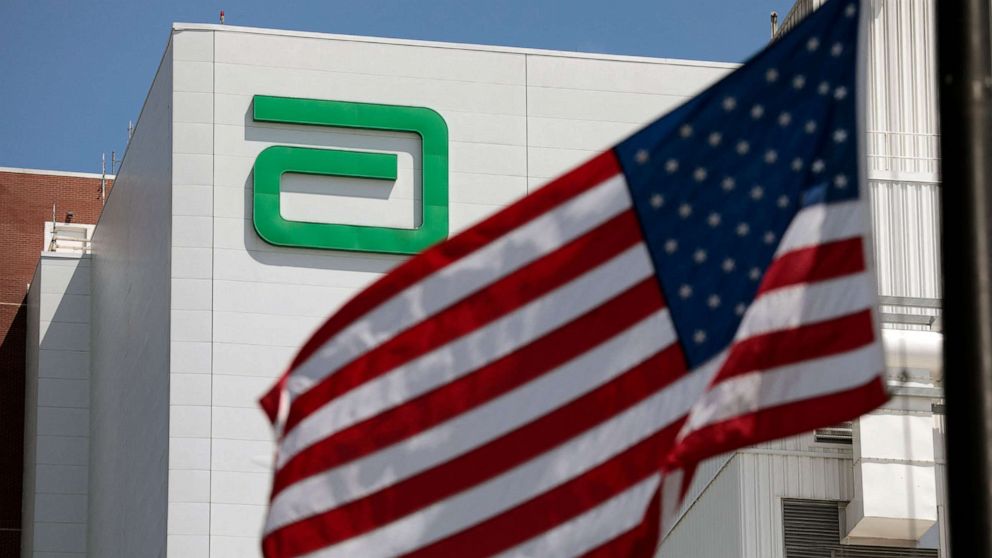 "We understand the urgent need for formula and our top priority is getting high-quality, safe formula into the hands of families across America," the company, one of the largest makers of formula in the U.S., said in a statement. "We will ramp production as quickly as we can while meeting all requirements. We're committed to safety and quality and will do everything we can to re-earn the trust parents, caregivers and health care providers have placed in us for 130 years."

The plant's reopening comes nearly three weeks after it reached an agreement with the U.S. Food and Drug Administration on a plan to reopen safely.

Abbott said it will first prioritize the production of its specialty and metabolic formulas, like its hypoallergenic EleCare, since those formulas are especially critical for medically vulnerable babies who can't switch to different brands as easily.

The company said it expects to start releasing some EleCare product "on or about June 20," adding that it is "working hard to fulfill the steps necessary to restart production of Similac and other formulas and will do so as soon as we can." 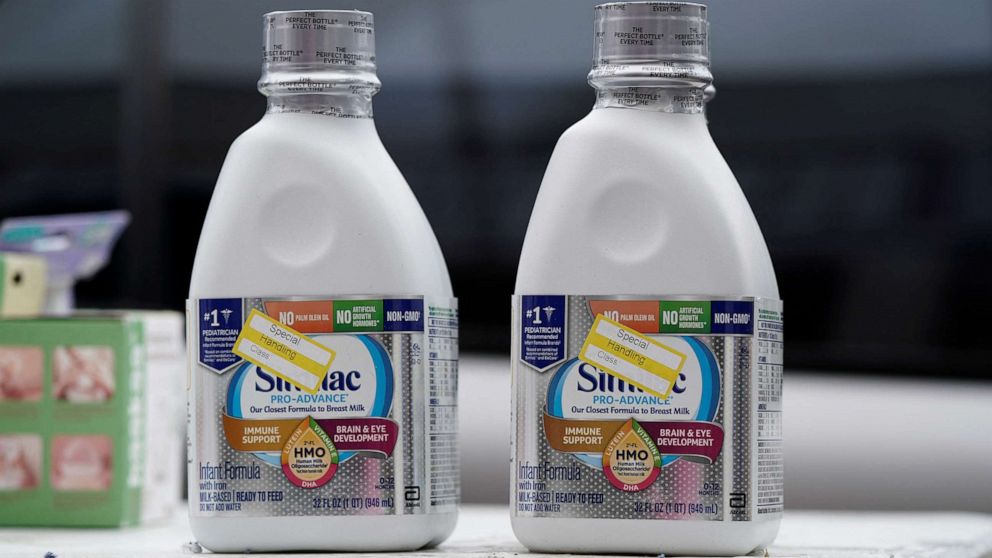 Bing Guan/Reuters
Bottles of Similac Pro-Advance infant formula are displayed at a give-away of food and baby formula held by the San Diego Original Black Panther Party for Community Empowerment, amid continuing nationwide shortages in infant and toddler formula, in San Diego, Calif., May 25, 2022.

Last month, Abbott CEO Robert Ford expressed remorse at his company's role in the nationwide shortage in an op-ed published in the Washington Post.

"The past few months have distressed us as they have you, and so I want to say: We're sorry to every family we've let down since our voluntary recall exacerbated our nation’s baby formula shortage," Ford wrote. "I have high expectations of this company, and we fell short of them."

While families wait for formula to hit shelves, Ford announced in his op-ed that Abbott is establishing a $5 million fund "to help these families with medical and living expenses as they weather this storm." 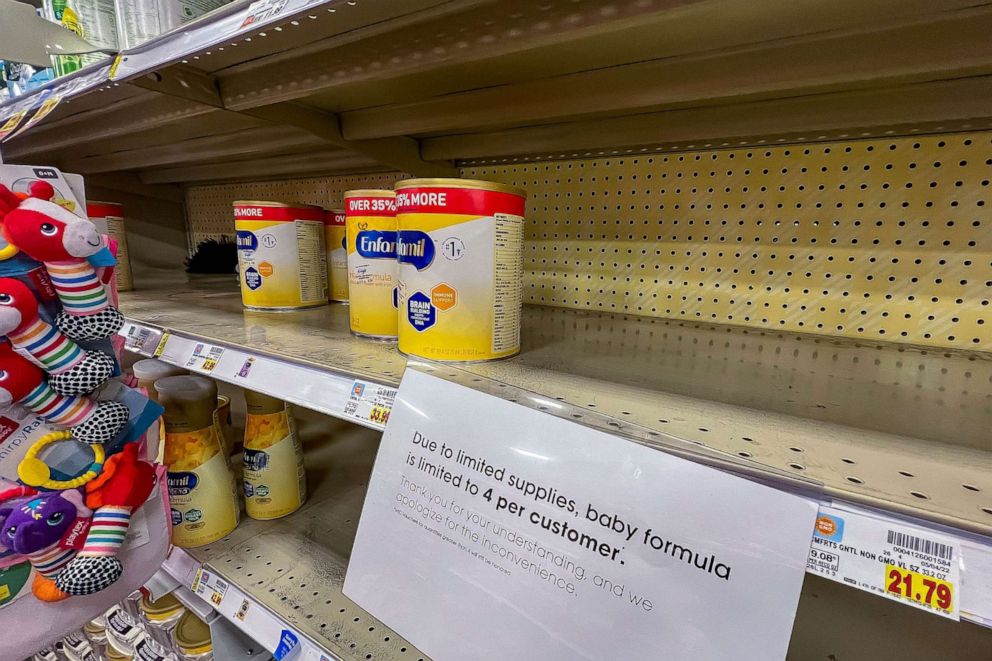 Erik S. Lesser/EPA-EFE/Shutterstock
A production shutdown following a recall has resulted in nearly empty shelves of infant formula at a Kroger supermarket in Decatur, Ga., May 11, 2022.

Amid the shortage, the White House also has been working to bring formula in from abroad as part of President Joe Biden's "Operation Fly Formula." A third round of baby formula shipments is set to make its way to U.S. shores by way of United Airlines beginning next Thursday, administration officials said.