In an interview Tuesday morning on “Good Morning America,” presumptive Democratic presidential nominee and former Vice President Joe Biden pushed back on President Donald Trump’s claim that anyone in America who wants to get tested for COVID-19 has the ability to do so.

“The truth is the truth, George. Anyone can't get a test around the country...He knew about this crisis all the way back in January and February. He's been incompetent the way he responded,” Biden told ABC News Chief Anchor George Stephanopoulos.

Biden said that as president, he would advise the nation’s governors to listen to the medical experts on the question of when it is safe to open back up certain parts of the country, in particular Dr. Anthony Fauci, the Director of the National Institute of Allergy and Infectious Diseases.

“I would tell the governors to listen to Dr. Fauci, listen to the scientists, listen to what the facts are. Look, this president has to focus on what's going on here,” Biden added.

Fauci is expected to warn of "needless suffering and death" if states reopen too soon when he testifies before the Senate on Tuesday, according to an email he sent the New York Times. 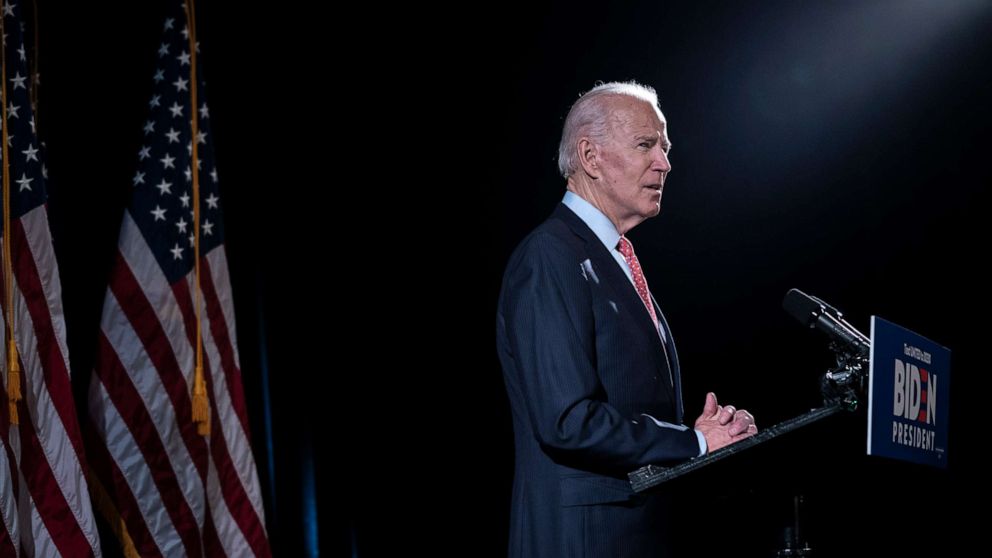 On Monday, Biden penned an op-ed in the Washington Post castigating the Trump administration over its push to reopen the American economy and presenting what he labeled a “false choice,” between getting the nation back to work and protecting public health.

(MORE: Joe Biden to scale up campaign as Democratic anxiety grows ahead of general election fight with Trump)

Biden, who has been largely confined to his home in Wilmington, Delaware throughout the crisis, chafed at the question of when he plans to get back out on the campaign trail, arguing that he has been able to successfully get his message out in recent months despite the impact of the ongoing pandemic.

“Well we're on the campaign trail now. Everybody says, you know, Biden's hiding. Well let me tell you something, we're doing very well. We're following the guidelines of the medical professionals, we're following the guidelines of the experts, of the Dr. Fauci's of the world. We're doing very well. Matter of fact, we're winning, if you're looking at all the polling data,” Biden said.

“I'm following the rules...The president should follow the rules instead of showing up in places without masks and the whole thing,” Biden said, adding that he is “anxious” to campaign and noting his penchant for interacting with people at his rallies long after they are over.

“I enjoy interfacing with people. I'm not trying to avoid it, but I'm trying to set an example as to how we should proceed in terms of dealing with this health and economic crisis,” Biden said.

Biden was also asked about the Department of Justice’s decision to dismiss charges against President Trump’s former National Security Advisor, Michael Flynn for lying to the FBI, and if the move was improper, saying that while he didn’t know all the details of the decision, the move was not surprising from the Trump administration.

“I think there's nothing ‘there’ there, but it's not a surprise that in fact, the Justice Department decided that anybody who was an ally of the president didn't do anything wrong ever anyway,” the former vice president said.

Asked if DOJ was justified in moving to drop charges against against Michael Flynn @JoeBiden tells @GStephanopoulos: "I think there's nothing there...but it's not a surprise that, in fact, the Justice Dept. decided anybody who was an ally of the president didn't do anything wrong ever anyway" pic.twitter.com/eSHX96xScG

Biden, who was briefed on the FBI’s plans to question Flynn while still serving as vice president, also pushed back on questions from Sen. Chuck Grassley about what he knew about the case while in office. 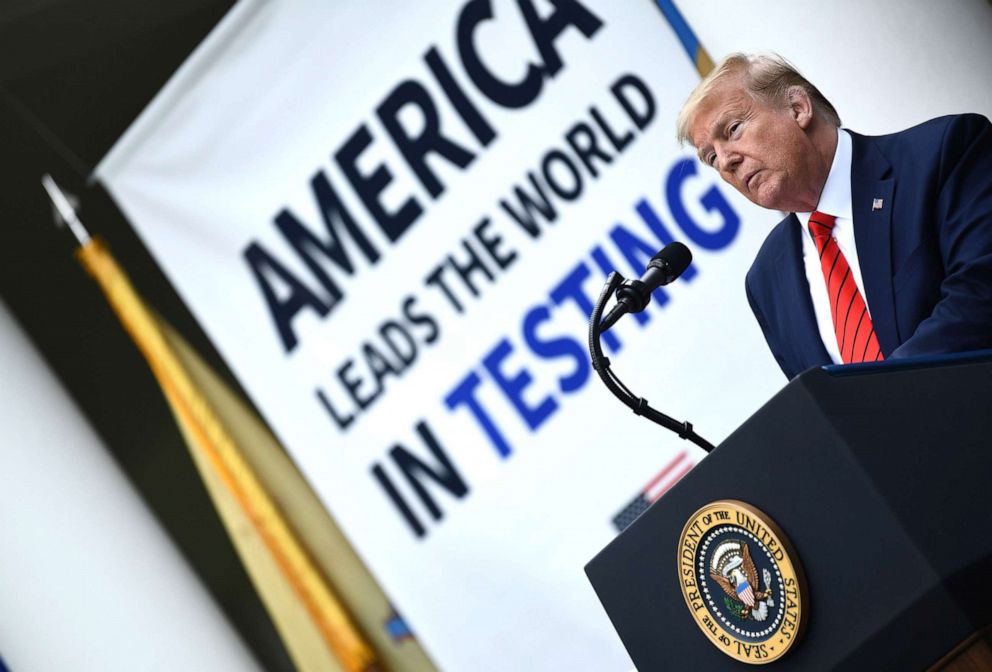 Brendan Smialowski/AFP via Getty Images
President Donald Trump speaks during a news conference on the novel coronavirus, COVID-19, in the Rose Garden of the White House, May 11, 2020.

“I was aware that there was--that they had asked for an investigation. But that's all I know about it,” Biden said, before criticizing President Trump for focusing on Flynn amid the coronavirus pandemic.

“We have an economic crisis, we have a health crisis. This is all about diverting attention. Focus on what's in front of us. Get us out of this Mr President,” Biden told Stephanopoulos.

Biden was also pressed on his message to voters wavering on supporting him in November following past allegations of sexual assault by former Senate Staffer, Tara Reade--allegations Biden has flatly denied on several occasions.

(MORE: Biden accuser says she wants Biden to drop out of the 2020 race for president)

Reade, 56, served as an entry-level Senate staff assistant in Biden’s office for a short period in 1993. She alleged in interviews with ABC News and other media outlets that Biden aides asked her to hand-deliver a gym bag to him in a Senate office building and when she found him in a hallway, she alleges he pinned her against a wall and penetrated her with his fingers.

“I know you've denied that, but you've also said that women should be believed. So what do you say to Americans who believe Tara Reade and won't vote for you because of it?” Stephanopoulos asked.

“Well, that's their right,” Biden said. “I think women should be believed. They should have an opportunity to have their case and stated, just forthrightly, what their case is, and it's the responsibility of responsible journalists like you and everyone else to go out and investigate those. The end of the day, the truth is the truth. That's what should prevail. The truth is, this never happened. This never happened. I assure you, that's the truth.”