Cassie Laundrie said she has a message for her missing brother, who has been the center of a nationwide manhunt after the body of his girlfriend, Gabrielle "Gabby" Petito, was found in Wyoming last month.

"I would tell my brother to just come forward and get us out of this horrible mess," Cassie Laundrie told ABC News in an interview that aired Tuesday on "Good Morning America."

Brian Laundrie, 23, and Petito, 22, were traveling across the country this summer in Petito's white 2012 Ford Transit and were documenting their road trip on social media. On Sept. 1, Brian Laundrie returned to his parent's home in North Port, Florida, by himself in Petito's van, according to authorities. Petito was reported missing on Sept. 11 by her family in Long Island, New York, authorities said.

Cassie Laundrie, who lives in Florida with her husband and two sons, told ABC News that her brother and parents stopped by for an "ordinary" visit the day he returned.

"I really wish he had come to me first that day with the van," she said, "because I don't think we'd be here." 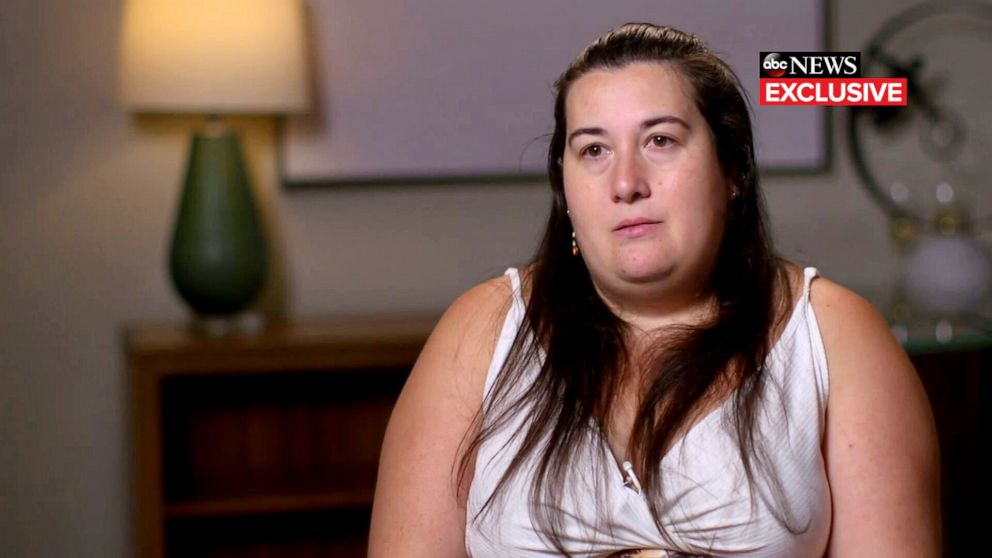 Brian Laundrie was subsequently named a "person of interest" in Petito's disappearance. He has refused to speak to investigators and has not been seen since Sept. 14, according to authorities.

On Sept. 16, the Moab City Police Department in Utah released body-camera footage of their officers' interaction with Brian Laundrie and Petito after pulling them over in Petito's van on Aug. 12. The officers were responding to a 911 call that reported an incident between the couple, in which the caller claimed he witnessed Laundrie allegedly "slapping" Petito and chasing her up and down a sidewalk, hitting her.

The officers wrote in a report that Laundrie and Petito admitted to arguing and that Petito had slapped Laundrie. The couple also told the officers that Laundrie did not hit Petito, according to the report.

After speaking to Petito and Laundrie separately, the officers allowed the couple to continue on their way but ordered them to spend the night apart. No charges were filed.

Cassie Laundrie told ABC News that it was "pretty typical of them to argue and try and take space from each other." But she said she never witnessed any signs of domestic violence.

On Sept. 19, the Teton County Coroner's Office in Wyoming announced that a body was recovered in the Bridger-Teton National Park. Two days later, the coroner confirmed the remains were that of Petito and that an initial determination showed she had died as a result of homicide. A federal arrest warrant was later issued for Brian Laundrie in Wyoming, pursuant to a federal grand jury indictment related to his "activities" following Petito's death, according to the Federal Bureau of Investigation.

The twist and turns of the case have grabbed national attention, as the search for Brian Laundrie continues. 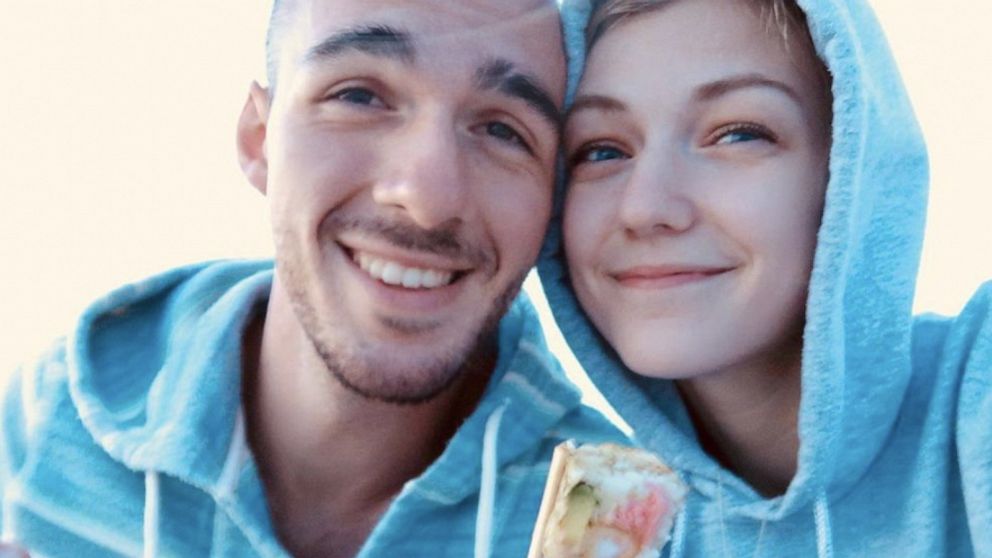 North Port Police Department/Handout via Reuters, File
Gabrielle "Gabby" Petito, 22, poses for a photo with her boyfriend, Brian Laundrie, in this undated handout photo. Petito's body was discovered in the Bridger-Teton National Park in Wyoming in September 2021, after she traveled across the country with Laundrie in a van and never returned home.

Cassie Laundrie told ABC News that she does not know where her brother is and if she did, she would "turn him in." She said the last time she saw or heard from him was on Sept. 6, when their family went to Fort De Soto Park in Florida's Pinellas County.

"We just went for a couple of hours and we ate dinner and had s'mores around the campfire and left, and there was nothing peculiar about it," she said. "There was no feeling of grand goodbye. There was no nothing."

"I'm frustrated that, in hindsight, I didn't pick up on anything," she added. "It was jut a regular visit."

She said it's unusual for her brother to disappear for this long.

"I worry about him. I hope he's OK, and then I'm angry and I don't know what to think," she said. "I hope my brother is alive because I want answers just as much as everybody else."

MORE: How other missing person cases could gain traction after Gabby Petito

She said she has been cooperating with authorities "since day one," and she called on her parents to do the same.

"I don't know if my parents are involved," she said. "I think if they are, then they should come clean."

An attorney for the Laundrie family has previously told ABC News in a statement that the parents, Chris and Roberta Laundrie, "do not know where Brian is."

"They are concerned about Brian and hope the FBI can locate him," the attorney said. "The speculation by the public and some in the press that the parents assisted Brian in leaving the family home or in avoiding arrest on a warrant that was issued after Brian had already been missing for several days is just wrong."

While she remains concerned for her brother, Cassie Laundrie told ABC News that she is also mourning for Petito and wants the Petito family to know that her heart is with them.

"They deserve answers," she said.