Mark Christiansen was barely a teenager when he first met Raven Abaroa, his sister’s soon-to-be husband who would later be suspected of killing her. But he “sensed” that Abaroa was “hiding something," even from the beginning.

Abaroa was charismatic, charming and capable of winning a room over, Christiansen said. He met Christiansen’s sister, Janet, in 1998 while attending Southern Virginia University, a predominantly Mormon college. The two played soccer and seemed to share the same Mormon values, creating an instant connection.

“Janet came home for the holidays and she brought a new boyfriend that she wanted to introduce us to, and I was like, ‘Great, she’s happy. She met someone. This is fantastic,’” Christiansen told “20/20” of Abaroa. “But when I met him, I was just uncomfortable. I felt like he was trying too hard to charm me, trying to charm everyone, trying to win people over...to make them like him, and it just...to me it felt forced, but to other people, it worked.”

Though Mark Christiansen couldn’t pinpoint where these feelings were coming from, his suspicions that Abaroa wasn’t the kind of person he portrayed himself to be were soon confirmed. 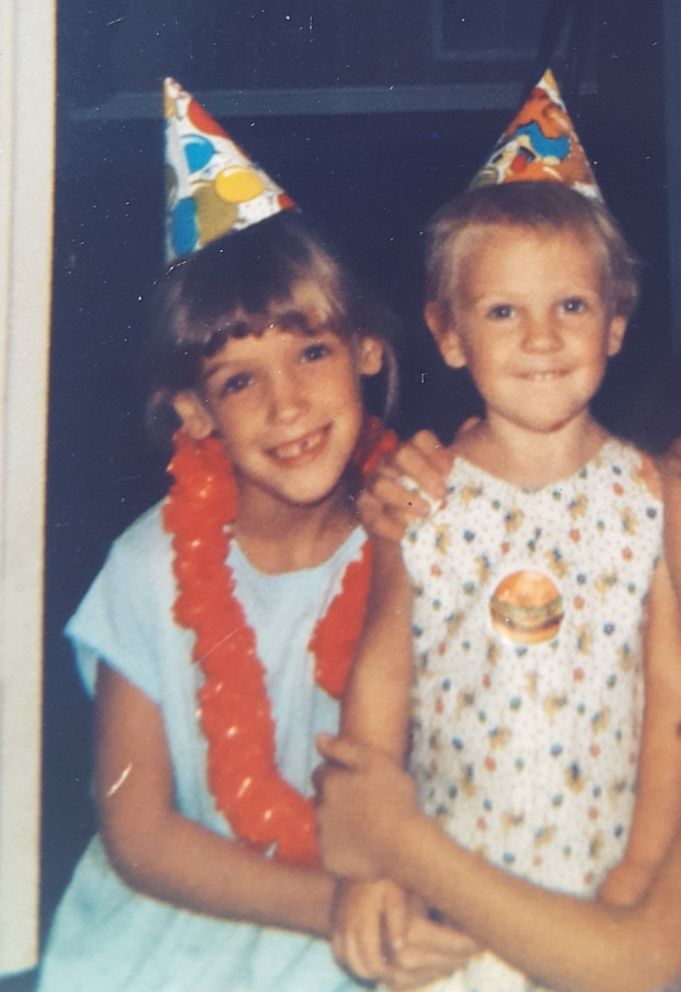 The couple got married in August 2000 and not long afterward moved to Durham, North Carolina, to pursue new job opportunities. It was less than four years into their marriage that her sisters say Janet learned Raven was cheating on her with multiple women.

He wanted out of the marriage, Janet Abaroa’s sister, Sonja Flood, told “20/20.” The couple separated for a time, with Raven Abaroa moving out of their home.

“Very soon after that, she found out she was pregnant,” Flood said.

Fearing that she would become a single mother, Janet Abaroa felt helpless at the time, saying she “didn’t want to raise the baby as a single mother,” her other sister, Dena Kendall, told “20/20.” The two, however, seemed to reconcile, welcoming their son Kaiden on Oct. 17, 2004.

Mark Christiansen said that he had already grown distant from Janet when she became involved with Raven Abaroa. Once close, he described her as “similar to me” and “mellow and nice and pleasant and just loving.” He said that she would look out for him and include him in activities and that their relationship with each other was different from their relationship with their other eight siblings.

“After I met Raven, we started drifting apart a little bit because I just didn’t support her marrying him,” Mark Christiansen said. “I never told her that. Maybe I wish I had but it probably [would have just] driven a bigger wedge in between us.” 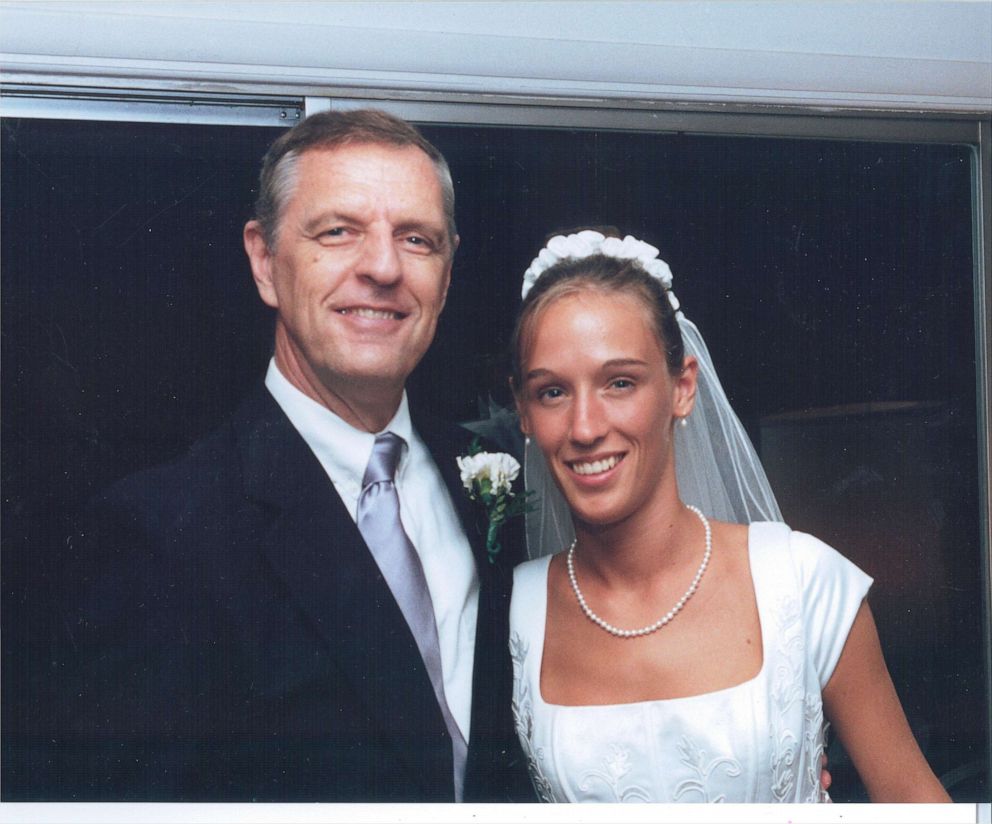 Kristi Christiansen
Janet Abaroa is seen here with her father on her wedding day in August 2000.
(MORE: How contact lenses blew a 2005 murder case wide open and led to a husband serving prison time)

“He said, ‘You took money out of my wallet. You took $20,’” Mark Christiansen said. “I was shocked...I’ve never taken money from someone. … I was in disbelief. … He went on to say, ‘Well, in the past I’ve brought leftovers here and you ate them, so I know you steal things.’ … I sort of rolled my eyes at him, thought, ‘This is so stupid. How do you know? Just because I’m here and I’ve eaten your food before, I’m a thief suddenly?’”

That’s when Raven Abaroa “snapped,” Mark Christiansen said. “It still haunts me to this day. He said, ‘You don’t know who I really am and what I’m capable of.’ … Then he came over me and grabbed me really hard and slammed my head against the wall.”

Mark Christiansen never reported the incident to police, and he said he regrets never telling Janet Abaroa about it.

“I think that’s my biggest regret in life. I always wonder like, what if I did call the police? What if I put him on the radar as being a violent person?” he said.

In December 2004, Raven Abaroa was charged with stealing from the sporting goods company where he and his wife worked. Both Raven and Janet Abaroa left their jobs. He eventually pleaded guilty to five charges of embezzlement but would avoid serving any jail time.

Less than six months after Raven had been charged, Janet Abaroa would be found dead with multiple stab wounds in an upstairs office in her home. Christiansen said that Raven Abaroa told the family it was a suicide.

(MORE: Woman 'lucky' to get away from husband accused of murdering 1st wife)

In February 2010, Raven Abaroa was charged with her murder. The case was brought to trial more than three years later after a new detective pieced together evidence that pointed to flaws in Raven Abaroa’s account of what happened the night his wife died.

Although his second wife, Vanessa Pond, would go on to testify as a witness against Raven Abaroa, claiming that he was violent and abusive, a jury in May 2013 failed to unanimously reach a verdict and a judge declared a mistrial. Before standing trial for a second time, Raven Abaroa entered an Alford plea for voluntary manslaughter, acknowledging that there was evidence to convict him but not admitting guilt. 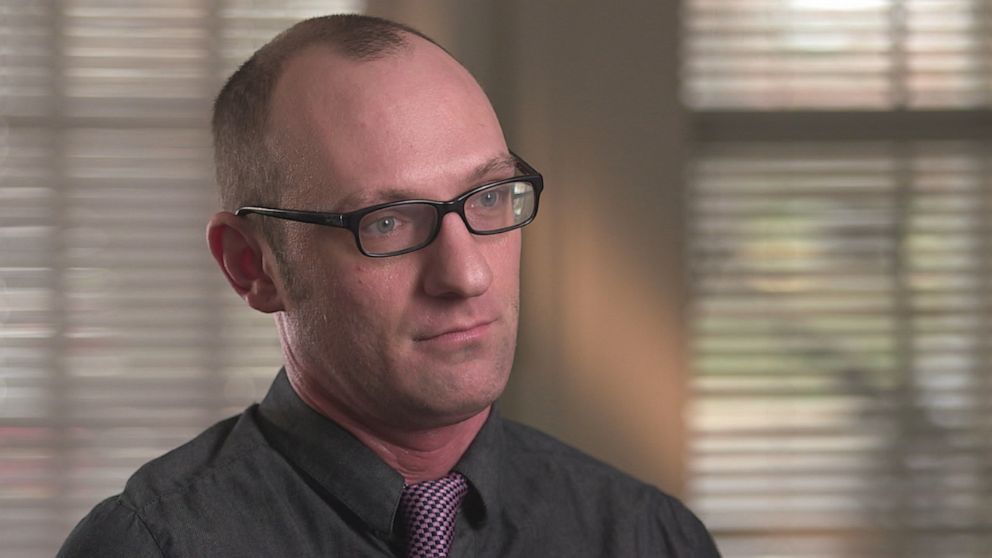 ABC News
Mark Christiansen is seen here during an interview with "20/20."

A judge sentenced Raven Abaroa to 95 to 123 months in jail and credited the four years that he had spent in jail before and after his trial. He was released on Christmas Day 2017.

Raven Abaroa and his attorney declined to comment to “20/20” for this story.

“Raven still maintains his innocence. He says he still loves Janet,” Mark Christiansen said. “I don’t believe that. … You don’t cheat on someone you love. You don’t ruin someone’s life that you love. Looking back, I wonder if he ever did really love her or if that was just him trying to win her over to manipulate her.”

“The world should remember Janet as an amazing person,” Christiansen continued. “Somebody [who] was kind, someone who was loving. Someone who would just show you how to be a better person. Someone who can make you laugh. Someone that makes you happy.”