Korean musical sensation BTS opened up in an exclusive interview with ABC News about the mental toll the COVID-19 pandemic has had on them and the depression they've dealt with over the past year and a half.

Several of the band's members said they felt a sense of loss during this time when they were unable to perform. In addition, BTS canceled their 2021 world tour due to the ongoing pandemic.

"I have been having a lot of negative thoughts and questioning my purpose in life," BTS' Jimin said. "I hope that COVID ends quickly and we can get back to doing the performances we love."

South Koreans named depression related to COVID-19 "the Corona Blue." Suga said he strongly empathizes with "the Corona Blue," describing it as "that sense of isolation and that everything has come to a halt."

He emphasized the need for everyone to work together to reduce the pandemic's progression so "we can emerge from this isolation and depression a bit faster."

BTS member J-Hope said the pandemic felt as if freedom was taken away from them and misses "the trivial daily part of life … When we travel or go on tour, people gather in groups and talk to us … I get an energy from those moments that I haven't been able to feel lately."

Fellow member Jin agreed with J-Hope, "There's a lot we miss in our daily lives. Back in the day, I enjoyed drinking a glass of soju over gukbab (a Korean dish with hot soup and rice) with Suga after work. For us, those small moments brought great joy." 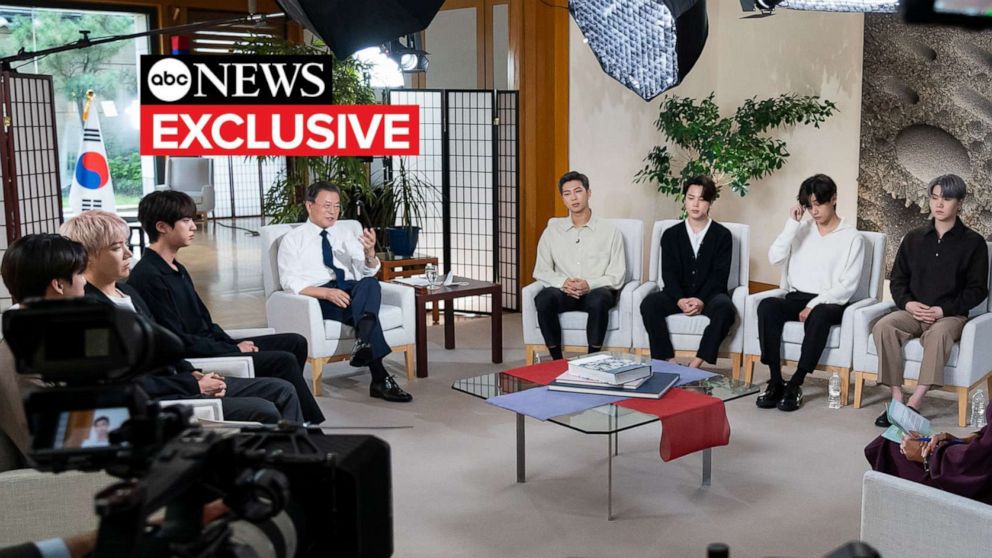 BTS's international popularity is fueling interest in and revenue to South Korea. The group is credited for bringing in billions of dollars each year into the country. Their impact is due to the devotion of their young fans known collectively as "the ARMY."

BTS member V said the most challenging part for him has been not interacting with their fans.

"Most important of all are our fans, who trust us, root for us and embrace everything about us," he said. "It's been almost a year and a half, two years since I've had real eye contact with ARMYs. Since I don't see [them] in person, I sometimes wonder if they really exist. 'Do they exist? Are they still there?' I ask myself. So that's what I miss the most."

BTS' Jungkook said he longs to perform in person for the fans again.

"Rather than photoshoots or TV shows, I could do concerts all day long. That's the biggest loss for me," he said.

The band constantly communicates with its fans, speaking freely and openly about their feelings and the issues they are facing. They used hashtags like #youthtoday and #yourstories on social media when they were preparing their U.N. speech.

"Through this, we continue talking and we find out what the future generation and the young people are thinking about and as it goes on, things will improve," J-Hope said.

What the band wants to do most post-pandemic, J-Hope said, is a concert, expressing his hope that "many people get vaccinated, and it becomes possible for us to safely have a concert. That's what the fans want, and what we want."

"We sympathize with people who fear vaccines, because it's a change," said Jin. "It's understandable to be wary of something that didn't exist before. But I believe that if we're afraid of the past, we won't be able to make progress. We need to be more positive about the vaccine in order to create a better future."

ABC News anchor Juju Chang sat down with BTS and Moon in an exclusive joint interview to talk about the band's new role as "special presidential envoys for future generations and culture" to promote global diplomacy and draw in younger generations.

"The first mission I aimed to accomplish with BTS was to raise awareness for the U.N.'s Sustainable Development event. We've accomplished that goal already," Moon said. "It was a huge success. It was much more effective than the UN Secretary General or myself delivering hundreds of speeches." 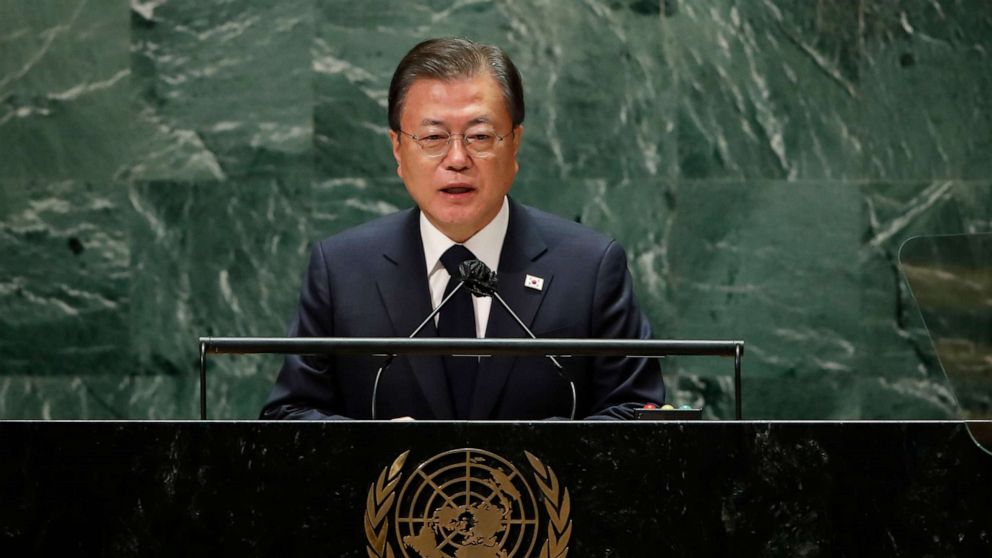 BTS made a dramatic debut Monday in its new official role, taking center stage at the United Nations General Assembly in New York City with a speech and a performance of their record-breaking hit "Permission to Dance."

Over one million fans tuned in live to the General Assembly when BTS stepped up to the podium. More than 16 million people have since watched the taped U.N. performance.

"The venue was so meaningful and the weather was so nice that I didn't feel the exhaustion. We simply gave back the great energy we got from the audience, so we had a lot of fun performing," Jungkook said. 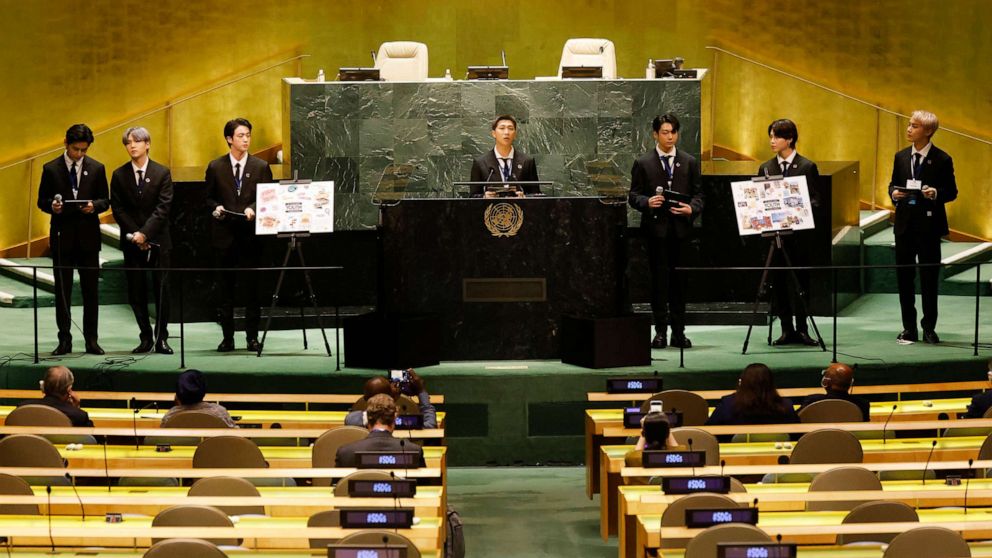 "It delivers a message of unity that overcomes our differences," Moon said.

Moon and BTS attended the U.N. General Assembly together to highlight climate action, the pandemic, the importance of vaccines and sustainable development.

With BTS' appointment, Moon chose to harness the "great power" of culture, which he said is gradually superseding economic or military power. He noted that the reach of Korean culture "shows national prestige" and expressed his gratitude to BTS and others representing Korean culture. "I receive a lot of help from them on the diplomatic stage," he said.