By Rachel Scott, MaryAlice Parks, Brittany Berkowitz, Chris Cirillo
Share —
Sign up for our newsletters to get GMA delivered to your inbox every morning!

In the middle of speaking to a group of voters on a chilly Long Island day, Liuba Grechen Shirley stops.

"Put your coat on baby, it's cold," she said over the microphone, after her 4-year-old daughter took off her jacket and tossed it on the ground.

Shirley continued to address the group, but she's interrupted. It's her daughter again. She sprinted through supporters to give her mother a sticker.

With less than a month to the election, Shirley’s children are her two youngest supporters. Her daughter refers to door knocking as "trick or treating for votes" and jumps at the opportunity to tag along, she told "Good Morning America."

Her husband can typically be seen pacing the edges of events with the couple's second child in his arms.

I'm a mom first and I'm running for office because of them.

Paving the way for more moms to run for office

"I'm a mom first and I'm running for office because of them," she said. But her children also caused her biggest hesitation.

When she was approached to run for office by Square One politics, an organization started by staffers for former President Obama, they asked her one important question: "What do you need to run?"

"Child care," Shirley responded. At the time, she was a full-time caregiver for her two kids, who were just 1 and 3 years old. 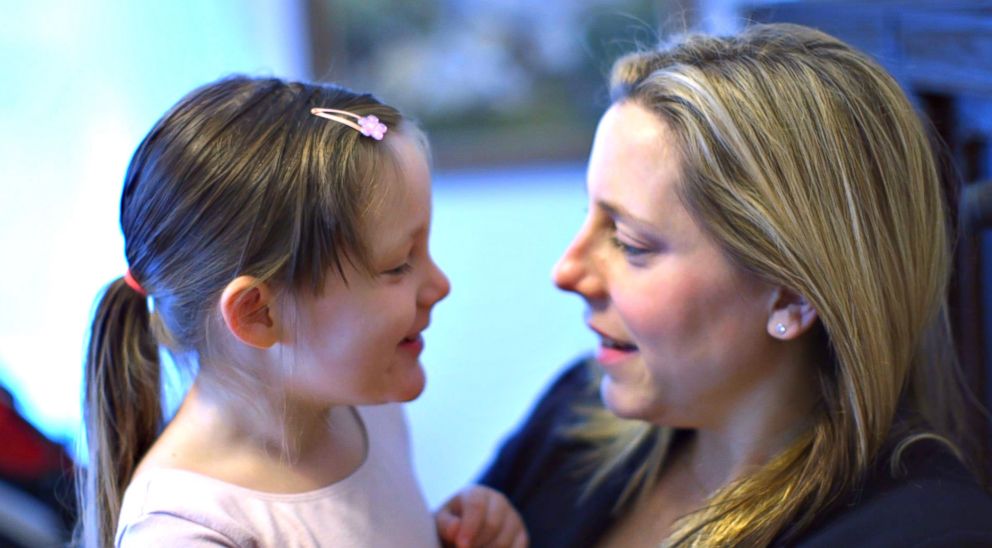 "I would be nursing my son, and my daughter would be playing with my hair and I'd be making phone calls," she recalled. In the first two months of her campaign, she raised $126,000 -- with no paid staff.

Child care, however, was expensive -- a cost Shirley believes keeps many mothers from considering a run for office. According to the Economic Policy Institute, the average annual cost of infant child care in New York is $14,144.

The Federal Election Commission, which monitors campaign finances, prohibits using campaign funds for personal use. Shirley decided to put in a request to the FEC to create a ruling that would allow her to use campaign funds from private donors on child care.

"I can make the decision to use these campaign funds on a pizza party for my staff or on more lawn signs or on child care -- and without the child care I wouldn't be able to run for office," she said. 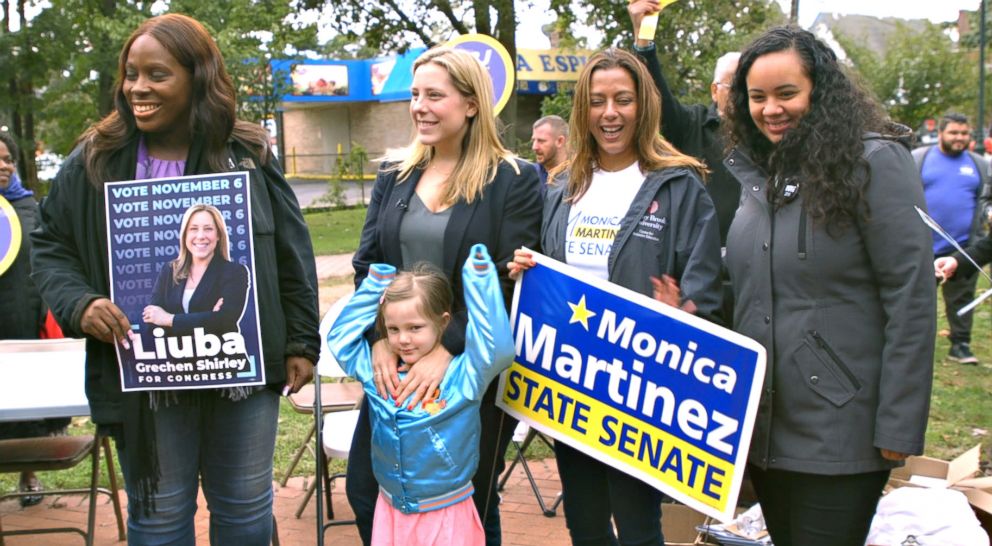 ABC News
Liuba Grechen Shirely will face off against incumbent Peter King in the general election on Nov. 6.

"Without the child care I wouldn't be able to run for office."

Hillary Clinton wrote in support of Shirley's request, as well as 24 U.S. representatives, including Rep. Maxine Waters, D-Calif., and Rep. John Lewis, D-Ga. The decision was approved in a unanimous bipartisan decision.

"This is for people who need to pick up the extra costs of child care to be able to run, because if you're not independently wealthy and you have small children you can't do it. You cannot run for office. And this rule changes that," Shirley explained.

Shirley, who has a Master of Business Administration and previously worked for the United Nations Association, is facing off against Republican incumbent Rep. Peter King in November. King, who has held the seat since 2012, hosted President Donald Trump in the district in May to discuss ways to combat violence and the MS-13 gang. 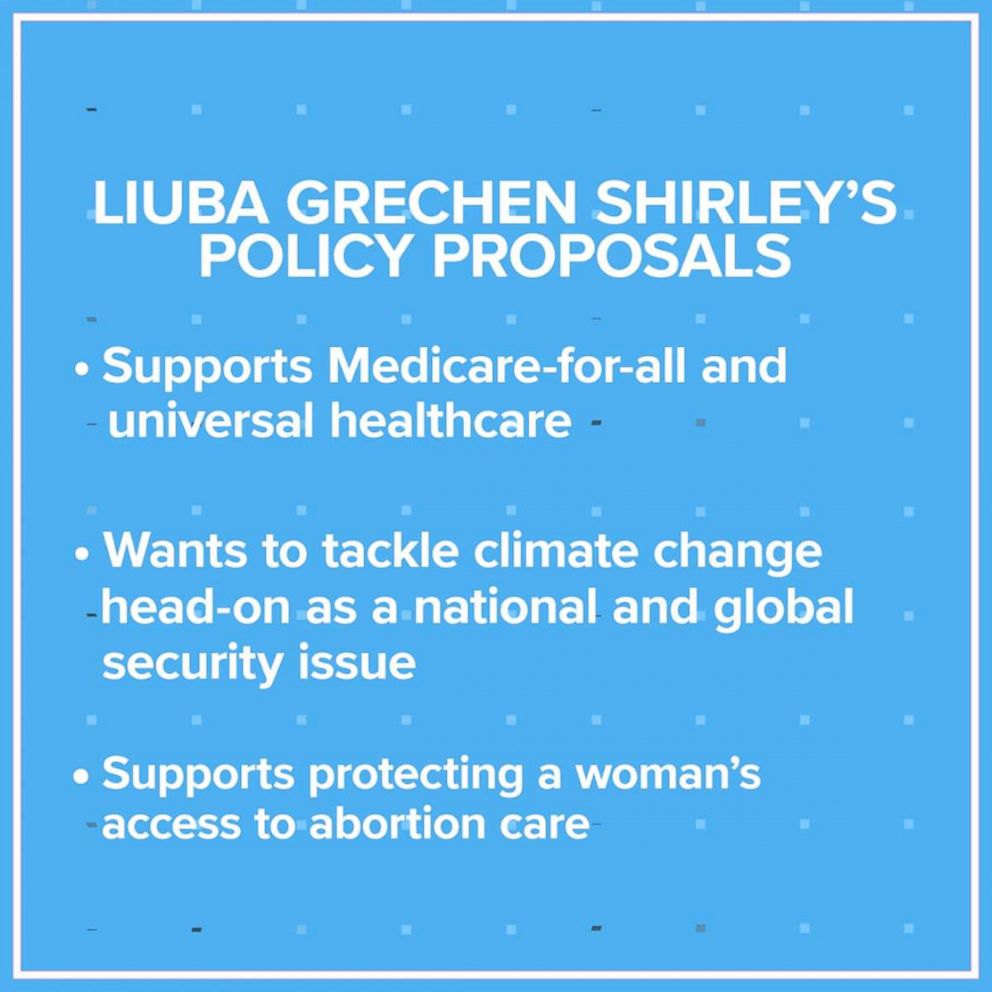 She admits that a lot of Democrats in her district, which includes Long Island's Suffolk County, have voted for King in the past but said it's because there wasn't a serious challenger.

"Maybe they didn't know his voting record, but they knew his name and he seems like a nice guy and so they'll vote for him," she said.

Shirley's opponents call her a socialist, a description she denies.

We need more diversity in Congress.

While King voted to repeal the Affordable Care Act, Shirley would like to expand upon it. She supports a plan that provides Medicare for All, often championed by former presidential candidate Bernie Sanders. A pro-choice advocate, she would like to protect a woman's access to abortion care. She believes health care is a human right.

"When you knock on doors there are always four issues that people care about: It's health care, taxes, education and the environment,” she said.

Shirley supports legislation that would cut taxes on the middle class. King voted against the Tax Cuts and Jobs Acts, a measure brought forward by the GOP to rewrite the nation's tax code. 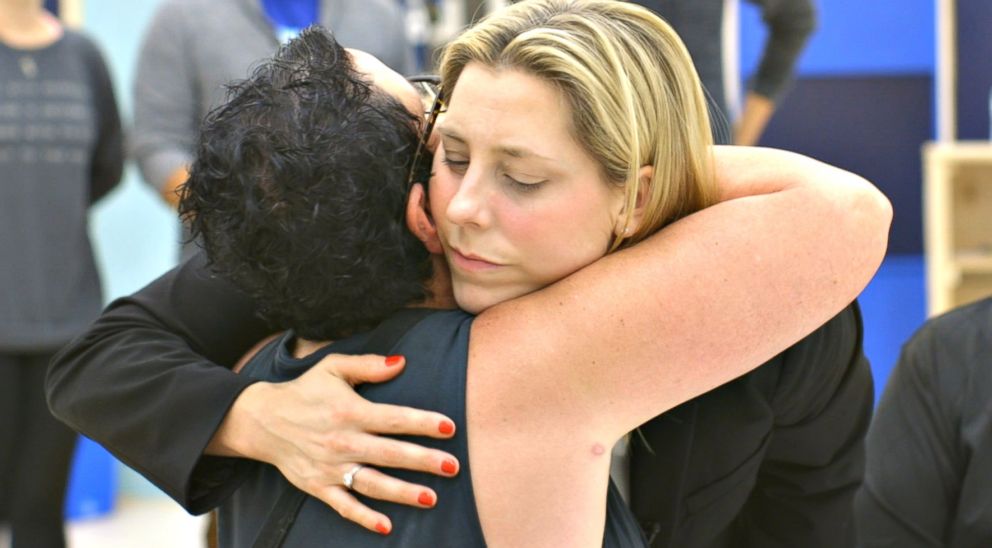 Shirley, who grew up in the district, has seen it change: "There are a lot of people who have to leave Long Island because they can't afford to live here; who can't find affordable housing; who can't find good paying jobs."

The Long Island home her parents bought in the 1940s has been passed down through generations. After a long day of campaigning, Shirley enters the living room skipping over rocking horses and toy firetrucks. Her daughter decorated toilet lids with colorful stickers and her fridge is covered in her children's artwork.

She admits she's not like other politicians. She said she isn't wealthy and is still paying off student loans while trying to provide for her kids. But she believes that representation is exactly what is needed.

"We need more diversity in Congress," she said. "We need to be having the important conversations and we're not going to have them until we change the dynamics at the table."