A Pennsylvania mother allegedly sent deepfake photos and video of her teenage daughter's cheerleading rivals depicting them naked, drinking and smoking to their coaches in a bid to get them kicked off the team, the Hilltown Township Police Department said.

Raffaela Spone, 50, allegedly sent the manipulated photos and video to at least three of her daughter's teammates and their coaches on the cheerleading team, the Victory Vipers, in Chalfont, Bucks County District Attorney Matt Weintraub's office said, according to the The Philadelphia Inquirer.

Spone also anonymously sent messages to the victims urging them to kill themselves, according to the paper’s report of the district attorney’s charges.

Spone was arrested on March 4 and is charged with three counts of cyber harassment of a child and three counts of harassment, according to Hilltown Township police. An attorney for Spone could not be immediately identified.

There's no indication that her high school-aged daughter knew what her mother was doing, the report said citing court records. 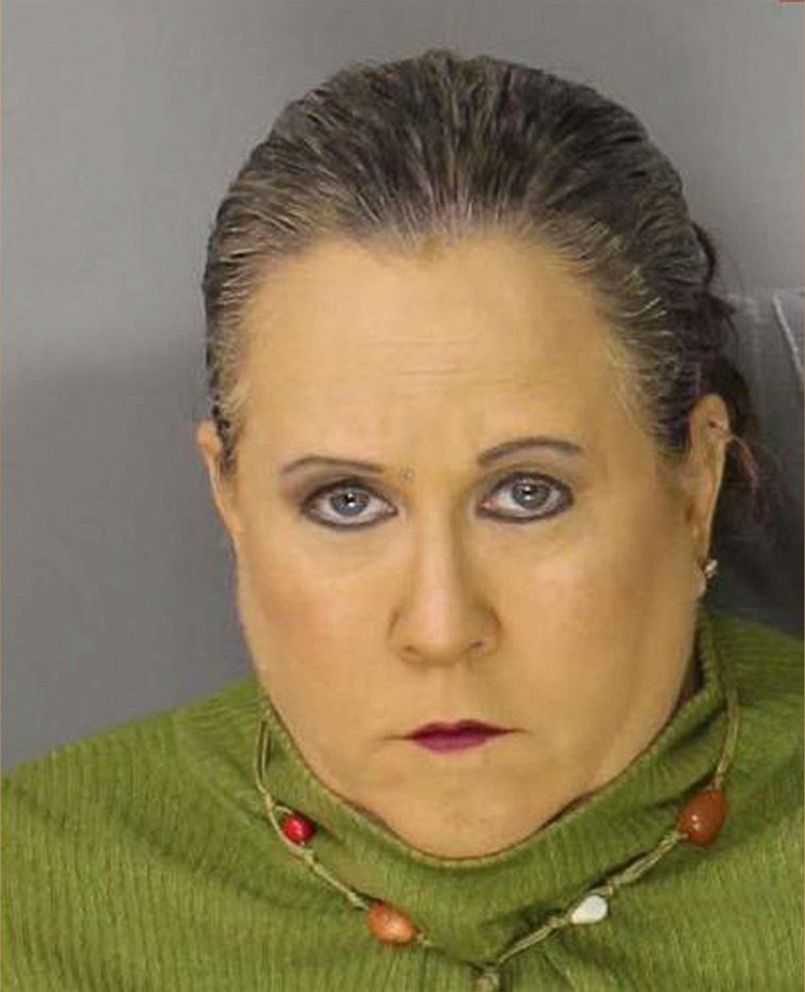 Hilltown Township Police Department
Raffaela Spone is pictured in a mugshot released by law enforcement. Spone is accused of making deepfake photos of her daughter's cheerleading rival showing her nude, drinking and smoking to get her booted from the squad.

The girl and her coaches were sent photos that appeared to depict her naked, drinking and smoking a vape pen, according to police. Her parents told police because they feared the videos could lead to her daughter being kicked off the team, the paper reported.

Police determined the videos were deepfakes -- digitally altered images that appear to be authentic. The images were created by mapping the girls' social media photos onto other images, the Philadelphia Inquirer reported.

In the investigation, police traced the phone numbers the girls received harassing messages from, which led them to a website that sells numbers to telemarketers.

They followed the data to an IP address, police said, which showed activity from within Spone's Chalfont home.

Detectives searched Spone's smartphone and found evidence linking her to the numbers used to send the harassing texts and images, The Philadelphia Inquirer reported.

Victory Vipers told ABC News they cooperated with the police investigation, have a "very strict anti-bullying policy" and "all athletes involved, are no longer apart of our program."

"Victory Vipers has always promoted a family environment and we are sorry for all individuals involved. We have very well-established policies, and a very strict anti-bullying policy in our program," coaches Mark McTague & Kelly Cramer said. "When this incident came to our attention last year we immediately initiated our own internal investigation and took the appropriate action at the time. This incident happened outside of our gym."