Cities and counties throughout the United States are considering reinstating mask mandates as COVID-19 cases and hospitalizations continue to rise.

In Los Angeles County, 8,091 new infections were reported on Friday, the latest date for which data is available, according to the Department of Public Health. This is an increase of 50% from the 5,391 cases recorded at the beginning of the month.

Experts have said the increase is due to BA.5, a highly contagious offshoot of the omicron variant that is better at evading immunity -- at least partially -- from both vaccines and previous infections.

It is currently the dominant strain in the U.S., making up 77.9% of all cases, data from the Centers for Disease Control and Prevention shows. In a region that includes California, Arizona and Nevada, it's at nearly 80%. 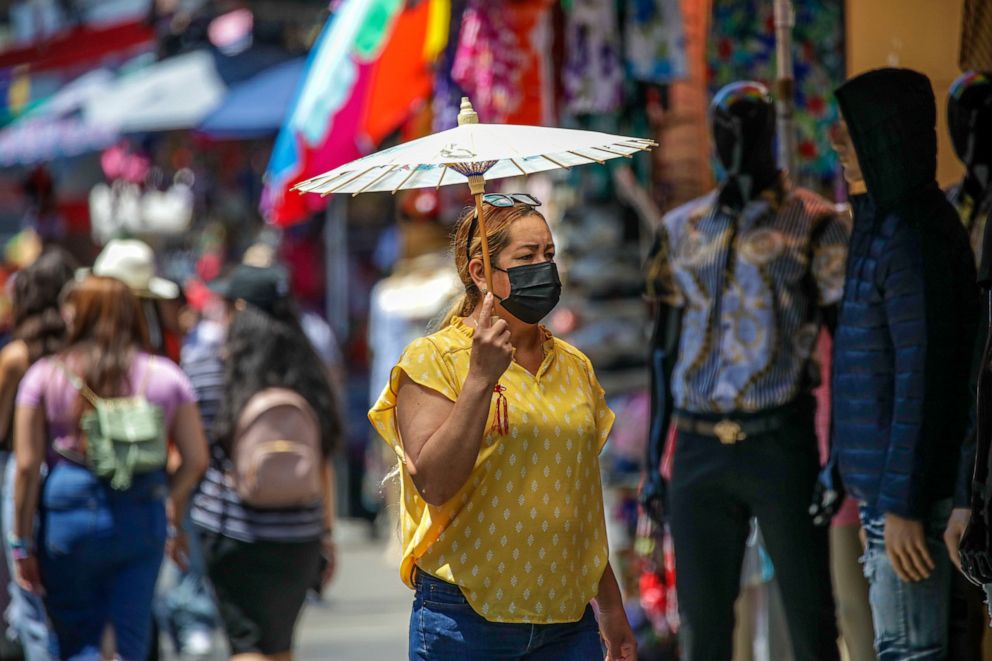 Irfan Khan/Los Angeles Times via Getty Images
People shop in masks and without masks in a very congested market Santee Alley on July 14, 2022, in Los Angeles.

Currently, the CDC has classified the county as having "high" levels of COVID-19 community transmission. The county must reach a "medium" level by July 28 or an indoor mask mandate will go into effect July 29.

"We are on the cusp of medium and high," Ferrer said during a media briefing Thursday. "It isn't going to take much to move us back to medium level if we can get our case numbers to go lower."

"Should we start seeing a steep decline next week … we are likely to want to take a pause on moving too quickly on indoor masking, universal indoor masking," she continued.

Ferrer said she understands that "for many this will feel like a step backwards," but added that mask requirements are one of many "sensible safety precautions" to take when cases jump.

"We are not closing anything down. We are not asking people not to gather with the people they love," Ferrer said. "We're asking you to take a sensible step, when there's this much transmission with a highly transmissible variant, to go ahead and put back on a well-fitting high-filtration mask when you're indoors around others."

Meanwhile, in nearby King County -- which includes Seattle -- officials say they are having "active discussions" about reinstating mask mandates.

The CDC has also placed the county in the "high" transmission category. 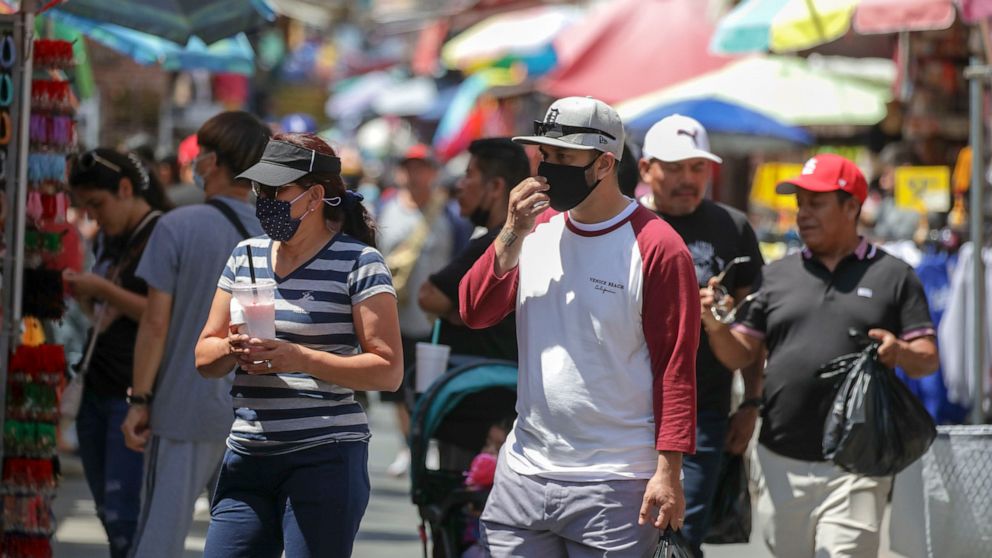 Irfan Khan/Los Angeles Times via Getty Images
People shop in mask and without masks in a very congested market Santee Alley on July 14, 2022, in Los Angeles.

During a press briefing earlier this month, Dr. Jeff Duchin, the health officer for the department, said hospitalizations have risen three-fold since April.

"We are actively considering if, and when, additional mandates may be needed," he said. "And I'm really encouraging everyone now to please, let's make sure we've done all we can on a voluntary basis before we have to go there."