Hurricane Ian made landfall on Florida's west coast as a powerful Category 4 storm, with near record-breaking winds of up to 155 mph. Officials said the storm has wrecked havoc and "decimated" neighborhoods.

A few weeks ago, Hurricane Fiona, also a Category 4 storm, knocked out power across the entire country of Puerto Rico. 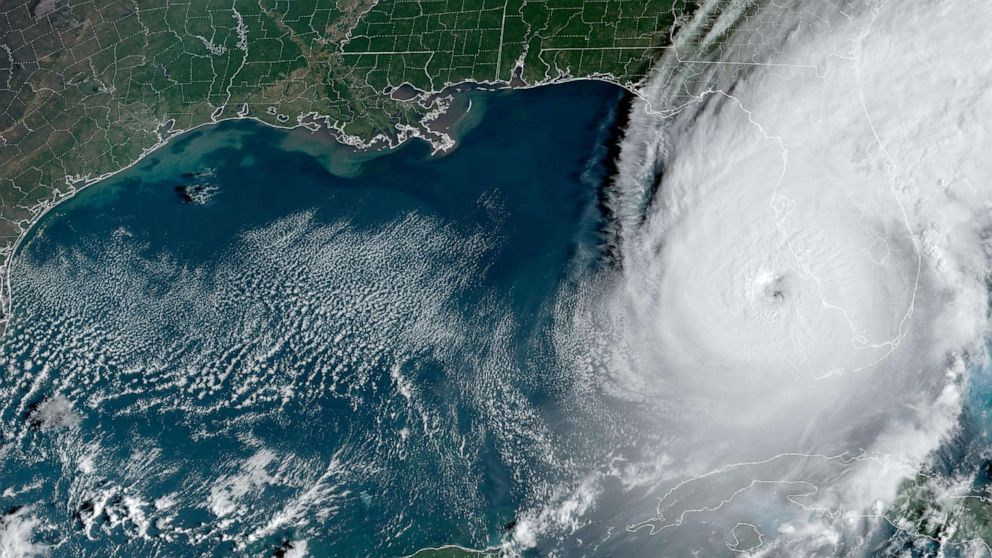 Even though this year's hurricane season was off to a quieter start than most, so far there have been nine named tropical storms, four of them strengthened to hurricanes and, just in the last month, two reached major hurricane status, creating widespread damage across the Atlantic, according to data from the NOAA.

The Gulf Coast – especially Florida – is particularly vulnerable to storm surges, according to ABC News reporting. 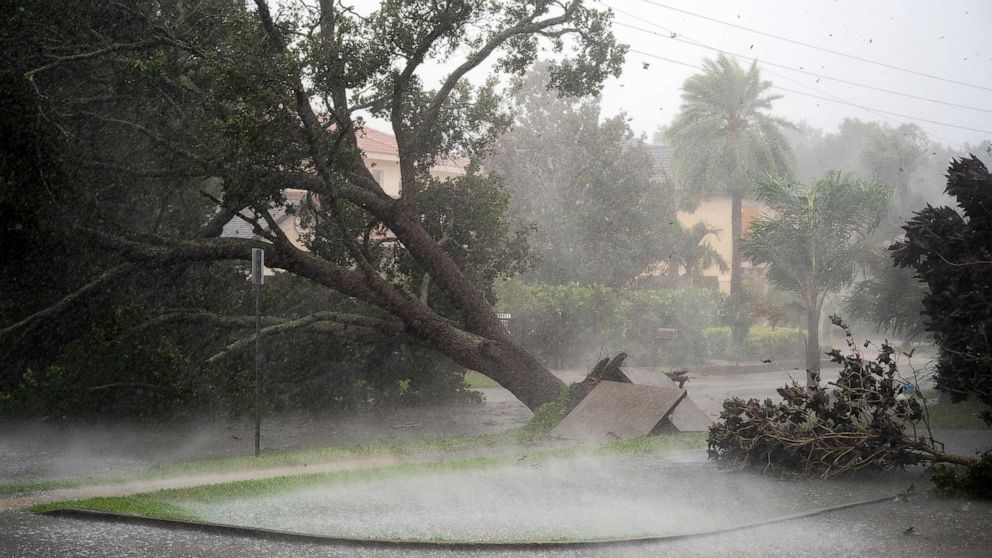 Sean Rayford/Getty Images
A tree is uprooted by strong winds as Hurricane Ian churns to the south in Sarasota, Fla., Sept. 28, 2022.

"The waters of the Gulf of Mexico just simply aren't that deep, over a lot of the Florida coastal waters just offshore," said Ryan Truchelut, chief meteorologist at Weather Tiger, a consulting and risk management firm, to ABC News. "If there's wind pushing water toward that direction, it's shallow, it has nowhere to go. So it kind of amplifies and goes further inland."

Most recently, Hurricane Ian broke the storm surge record in Florida as it moved on shore. 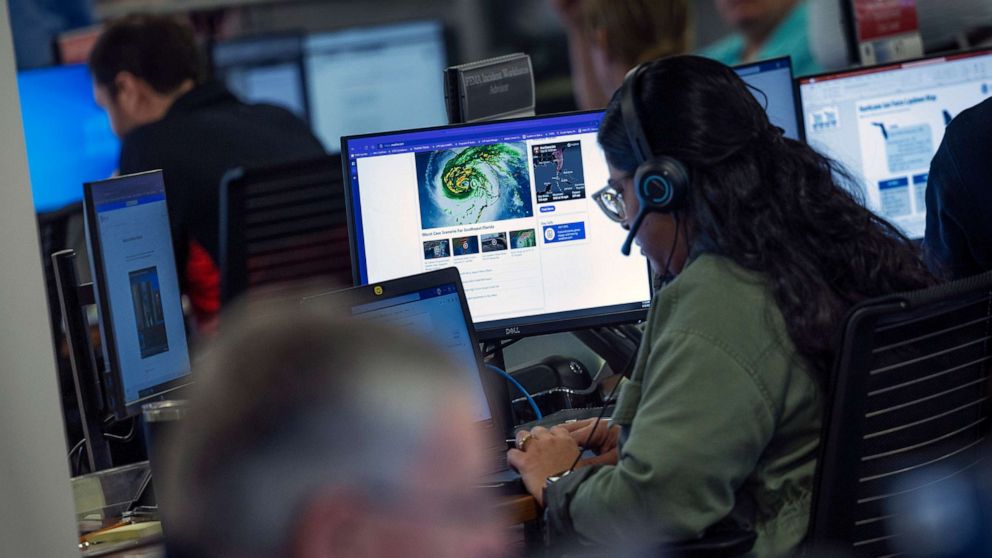 Global warming not only leads to rising sea levels that increase the risk of coastal flooding, but also creates more moisture in the atmosphere which is more likely to cause more intense rain when hurricanes make landfall, according to researchers at NASA.

"In a hurricane, spiraling winds draw moist air toward the center, fueling the towering thunderstorms that surround it," according to Dr. Angela Colbert for NASA's global climate change initiative. "As the air continues to warm due to climate change, hurricanes can hold more water vapor, producing more intense rainfall rates in a storm."

Hurricane Ian has since downgraded to a Category 3 storm since it came ashore Wednesday. It is forecast to move off the northeast of Florida before re-emerging as a tropical storm hitting the Carolinas.

For people who live in hurricane-threatened areas, officials said the best thing to do is be prepared.

"If you plan, you don't have to panic," said Fort Myers Mayor Kevin Anderson to ABC News about the impact of Hurricane Ian.