A Colorado man said he is lucky to be alive after being attacked by a bear inside an Aspen home.

Dave Chernosky, 54, who is recovering from severe cuts to his face, said he woke up around 1:30 a.m. on Friday after hearing sounds coming from the kitchen.

"I was asleep and heard something in the kitchen. And I just kind of laid there thinking, 'Okay, something's wrong,'" Chernosky told "Good Morning America." "So I went to the kitchen, saw [the bear] there. He was already in the fridge and cupboards and stuff like that."

Chernosky, a father of two, said the family was staying at a friend's house when he confronted the massive black bear.

"My kids were in the basement, so I wanted to make sure he stayed upstairs," said Chernosky, who described the bear as dark brown and estimated it was close to 450 pounds. 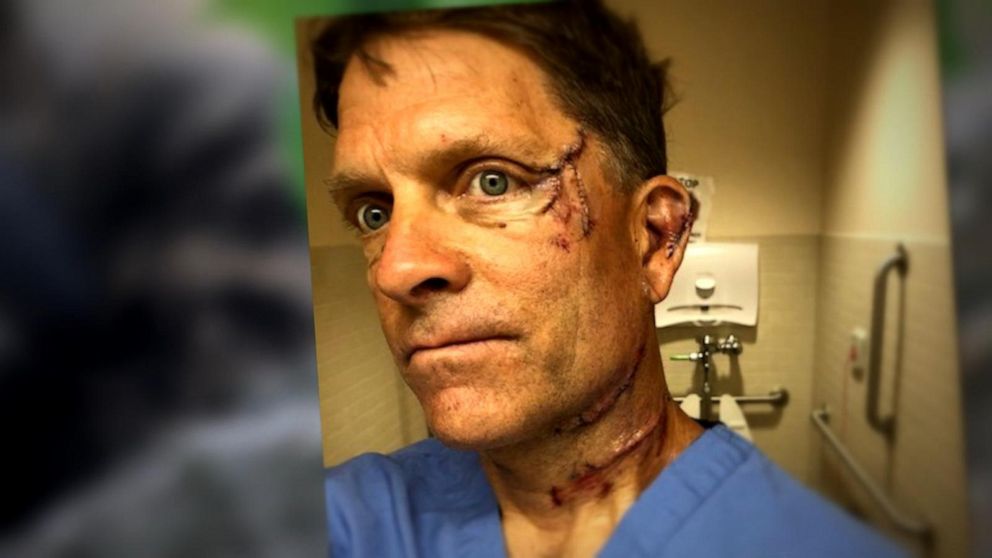 Courtesy Dave Chernosky
Dave Chernosky is healing from serious injuries after being attacked by a bear that broke into his Aspen home in the middle of the night.

Chernosky said by making loud noises, he was able to lure the bear to the garage, but when opening the garage, the loud sound upset the bear, which swiped Chernosky's face.

"...As soon as we looked at each other, he just smacked me … and after I got out of the way and started yelling, he left," said Chernosky, who has severe cuts on his face and neck after the attack. "Luckily, [the bear] wasn't really after me."

Chernosky told "GMA" that he was taken to a hospital for surgery and now has a series of stitches along his cheek, jaw, ear and back, but was told he would make a full recovery.

Colorado Parks and Wildlife said it was able to locate the bear and euthanize it.

"Bears will work hard to get the calories they need, and can easily damage property, vehicles, and homes. Bears that become aggressive in their pursuit of an easy meal must often be destroyed. Every time we're forced to destroy a bear, it's not just the bear that loses. We all lose a little piece of the wildness that makes Colorado so special," according to a statement by Colorado Parks and Wildlife.

MORE: I'm running a 'Common Sense Camp' for my kids this summer

"[The bear was] just looking for food, and then I don't think he [was] planning on encountering me either … I think the message, if any, is just to stay aware, be cautious, you know, when you're coming into the wilderness," said Chernosky.