A total of 2,981,000 more Americans filed for unemployment insurance last week, bringing the total number of jobless claims filed amid the coronavirus pandemic to more than 36 million, according to the Department of Labor. 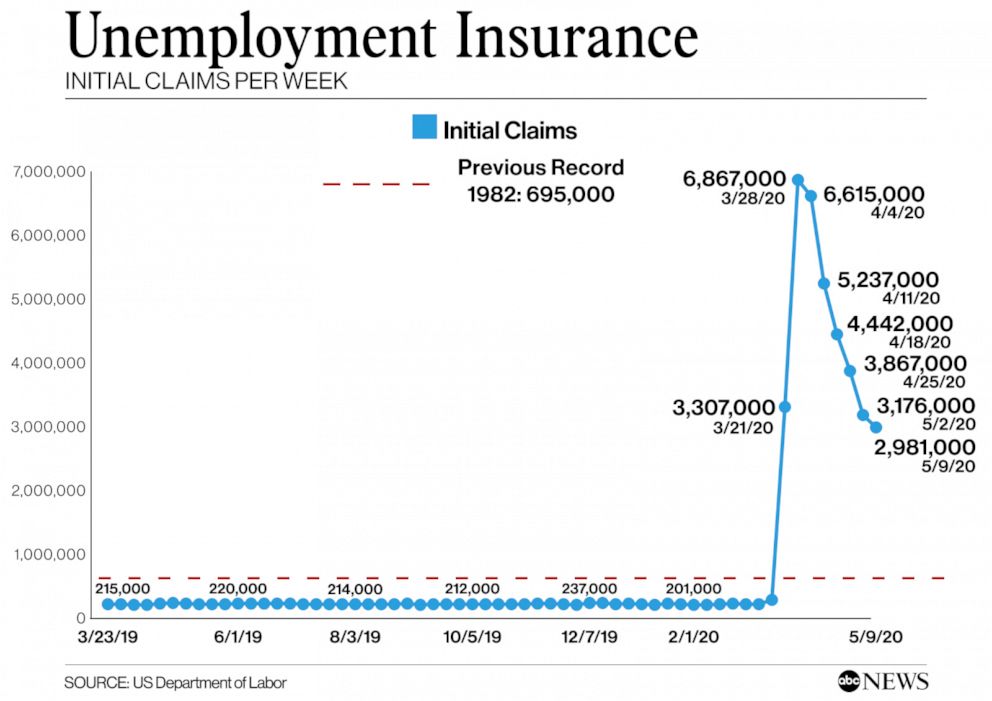 To put into context, the previous record for new weekly unemployment filings was 695,000 in 1982.

"Although the initial deluge of unemployment claims is slowing, the labor market likely has further to fall as states chip away at backlogged claims, and employers navigate reopening amid a continued health crisis," Daniel Zhao, the senior economist at jobs site Glassdoor, said in a statement Thursday. "We’re not out of the woods yet."

Zhao added that Thursday's new figure "shows that now over one in 10 Americans have filed for UI claims over the last eight weeks."

MORE: US unemployment rate skyrockets to 14.7%, the worst since the Great Depression 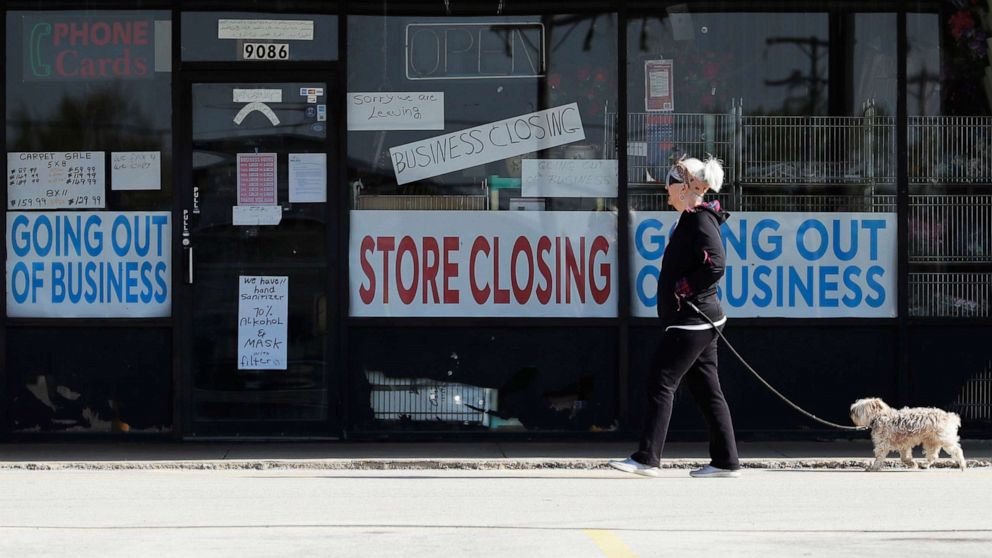 Nam Y. Huh/AP
A woman takes walk with a dog in front of the closing signs displayed in a store's window front in Niles, Ill., May 13, 2020.

While the crisis has delivered a largely indiscriminate blow across all sectors in the U.S. economy, restrictions and lockdowns have caused it to hit the retail, hospitality and food service industries especially hard.