An 82-year-old award-winning female bodybuilder turned the tables -- literally -- on a home intruder and beat him so badly after he broke into her house that he had to be taken to the hospital.

Willie Murphy says she was getting ready for bed in her home in Rochester, New York, at around 11 p.m. when she heard pounding on her front door.

Murphy ended up calling police to get the man the help he requested but she didn’t let the man inside, which caused him to become angry, she said.

(MORE: Man beats peeping Tom to death after catching him outside girlfriend's window)

"I hear a loud noise, I’m thinking, 'what the heck was that,'" Murphy said. "The young man is in my home. He broke the door."

Murphy, who said she can deadlift 225 pounds and recently won a weightlifting competition earlier this year, was shocked but unperturbed.

"He picked the wrong house to break into," she said.

(MORE: Bank teller accused of robbing and assaulting elderly customer at his home) 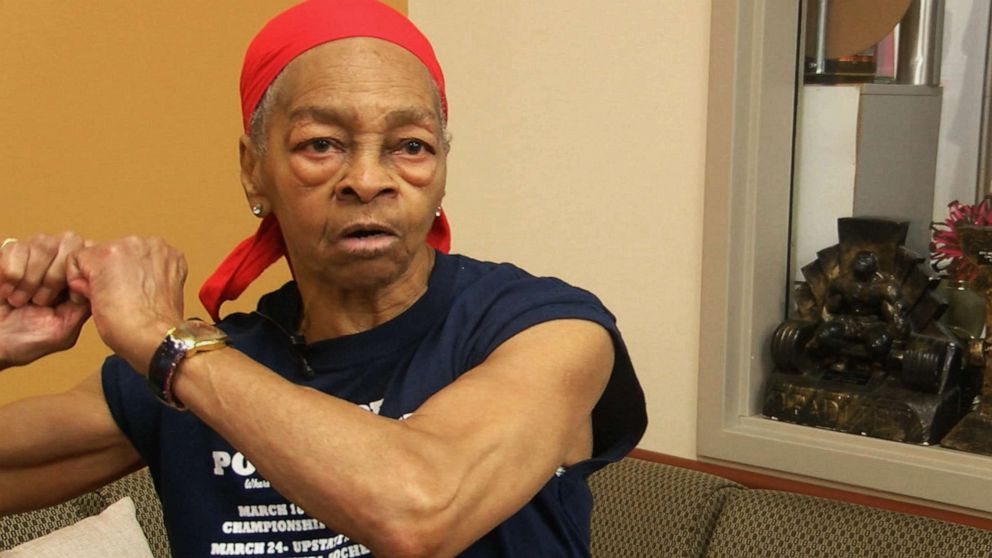 She grabbed the first thing she could -- a table. "I took that table and I went to working on him and guess what? The table broke!" she said.

The intruder immediately fell to the floor but the beat down didn’t stop there. "When he’s down I’m jumping on him," Murphy told WHAM, as she demonstrated how she stomped on him.

She then ran into the kitchen and grabbed a bottle of baby shampoo next to the phone where emergency dispatchers were still on the line.

"There’s a bottle of baby shampoo on the table," said Murphy. "I grab the shampoo and guess what? He is still on the ground. In his face. All over it. The whole thing. He’s trying to get up and he’s pulling and I got the broom and he’s pulling the broom and I’m hitting him, I’m hitting him with the broom, hitting him and guess what? He wants to get the heck out of there … I had really did a number on that man, I’m serious. I think he was happy when he went in the ambulance."

When police officers finally arrived a few minutes later, the suspect was apprehended and Murphy was applauded by the first responders.

"The officers that came wanted to go on my front porch and take selfies with me," she said. "I’m alone and I’m old but guess what? I’m tough."