The summer season is in full swing as sweltering temperatures are expected to continue for millions around the country over the next several days.

On the heels of a record-breaking heat wave that brought dangerous temperatures to more than 100 million Americans, another round of scorching weather will also affect a large swath of the country this week.

The brunt of the heat will be affecting the central U.S. Monday afternoon, especially the upper Midwest, where an excessive heat warning is in effect for cities like Minneapolis and Fargo, North Dakota, and a heat advisory is in effect for regions surrounding Sioux Falls, South Dakota, Omaha, Nebraska, and Eau Claire, Wisconsin. 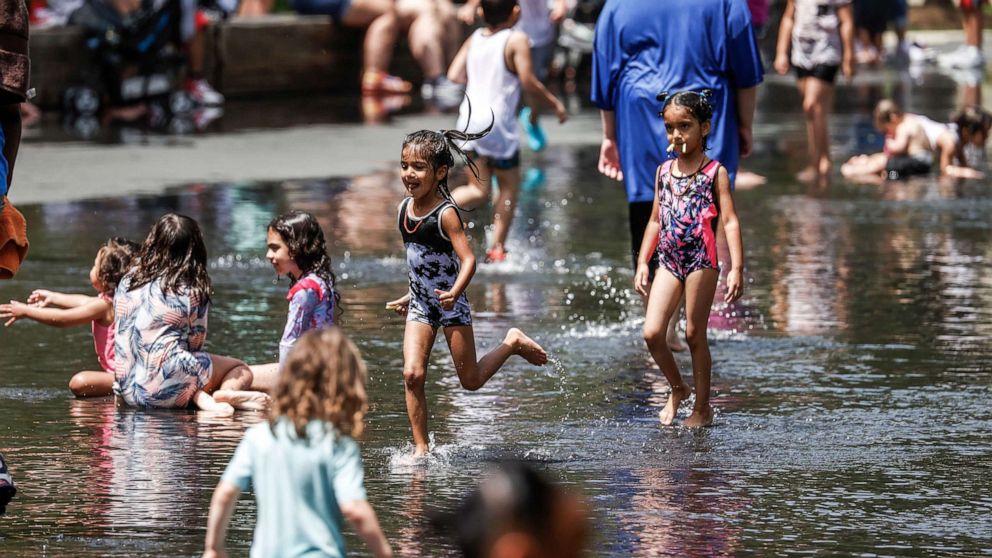 Tannen Maury/EPA via Shutterstock
People seek relief from a dangerous heat wave at the Crown Fountain and wading pool in Chicago, June 15, 2022.

Highs Monday afternoon will reach 100 degrees as far north as Minnesota, with widespread temperatures soaring into the 90s across the central U.S. Several daily record highs will be challenged in the upper Midwest, forecasts show.

MORE: Heat wave brings new round of dangerous temps to millions this week

On Tuesday, the solstice will mark the official start of the summer, and it will feel like it in many places throughout the country. The heat will shift farther east, with widespread highs in the 90s are expected from the South into the Midwest and some cities hitting triple digits. 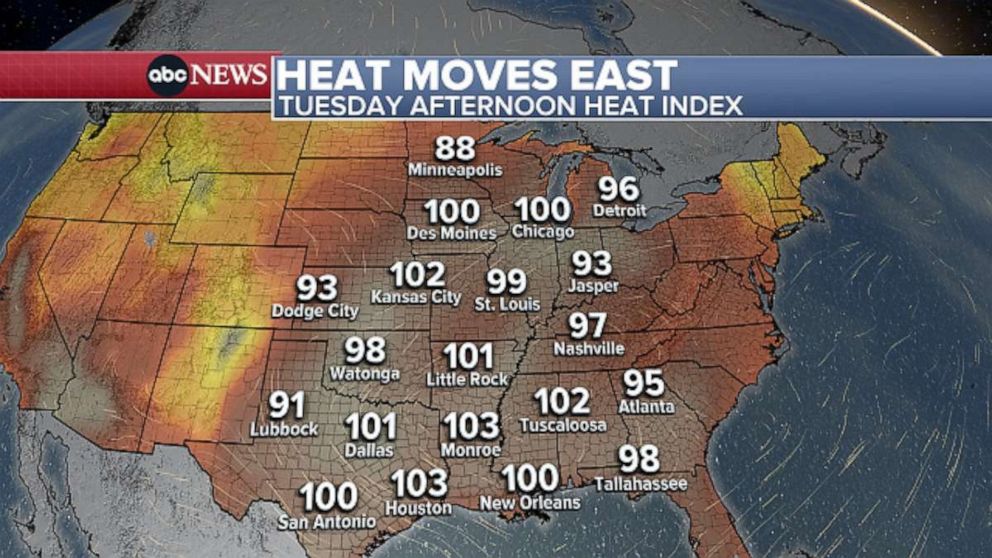 ABC News
A new heat wave that will be impacting a large swath of the nation this week bringing another round of dangerous heat. The brunt of the heat is impacting the central US right now, especially the Upper Midwest, where heat alerts are in effect.

Humidity is not expected to be as intense as last week's heat wave, but heat index values will still be a few degrees higher than the air temperature, hitting the triple digits in many Midwest and Southern cities Tuesday afternoon.

After Tuesday, the heat will continue to move toward the eastern seaboard. Temperatures from Memphis to Atlanta will be near 100 degrees from the middle to end of the week. 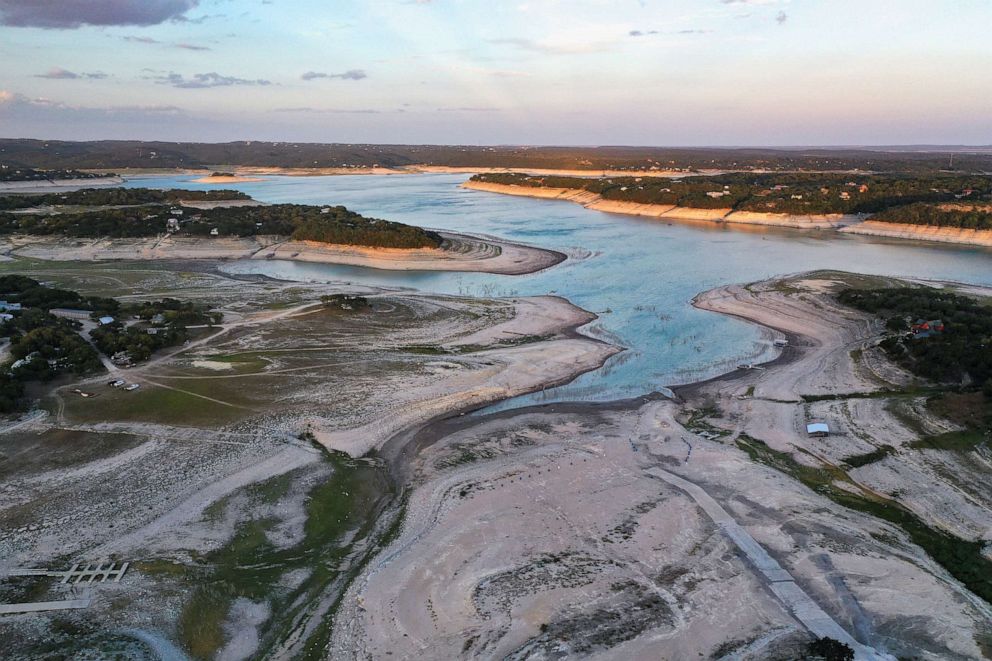 MORE: Heat wave brings new round of dangerous temps to millions this week