A Houston teenager was charged with murder on Wednesday after he crashed into a woman's truck at an intersection while allegedly being chased by another driver a day prior, police said.

The 14-year-old driver said he was fleeing from a motorist who flashed a semi-automatic weapon at him on Tuesday afternoon when he ran a red light and slammed into 45-year-old Silvia Zavala's Ford F-150 truck, according to police.

Zavala, a mother of two, was pronounced dead at the scene. 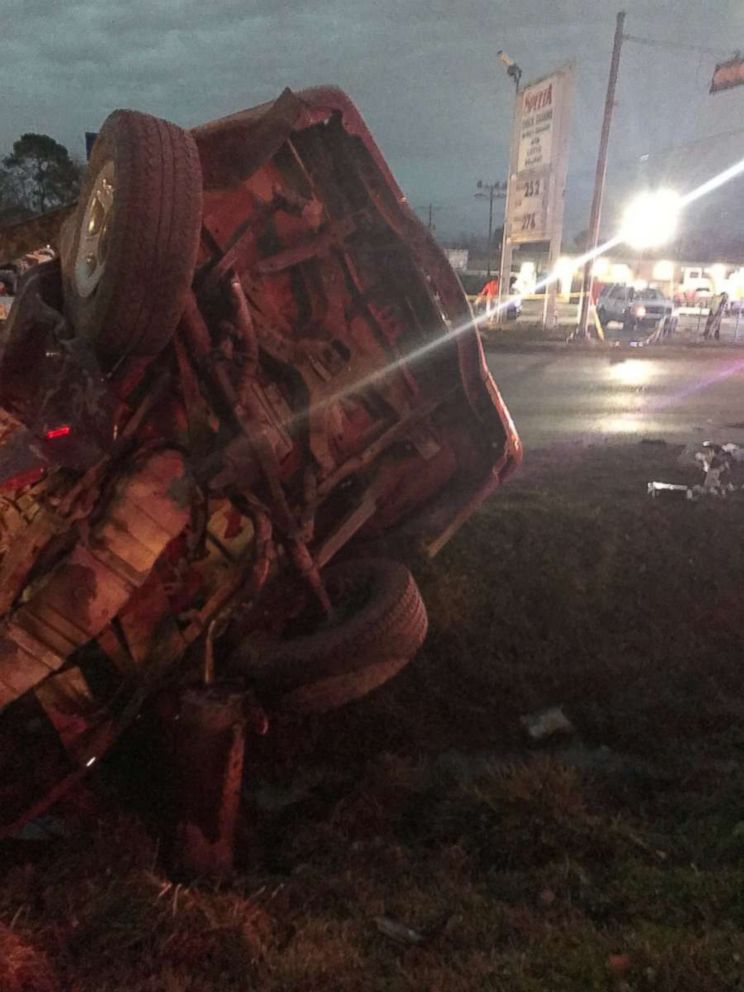 Harris County Sheriff's Office
One person was killed when a 14-year-old driver crashed into their vehicle in Houston on Tuesday, Jan. 1, 2019.

Police did not disclose the minor's identity, but witnesses said he'd been throwing eggs at cars with two other teens when a man allegedly brandished a firearm and began chasing them, the Harris County Sheriff's Office said. His vehicle may have been damaged by the eggs, according to the office.

"The 14-year-old & his two teen passengers were reportedly throwing eggs at other cars just prior to the crash. A separate car gave chase at a high rate of speed & the teen ran the red light striking other truck," Harris County Sheriff Ed Gonzalez said in a tweet. "The deceased female was totally innocent; seems she had just gone shopping based on some debris strewn at scene." 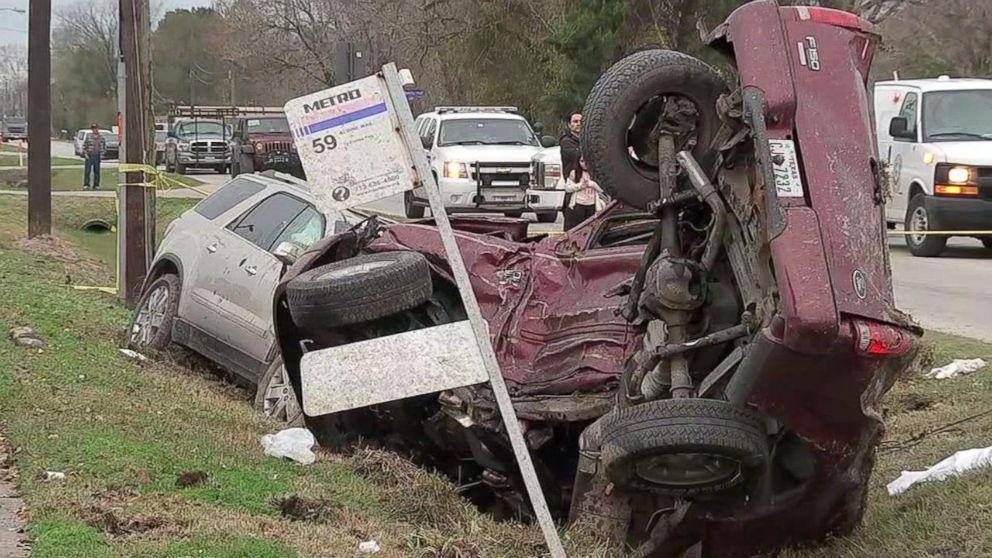 KTRK
One person was killed when a 14-year-old driver crashed into their vehicle in Houston on Tuesday, Jan. 1, 2019.

Gonzalez said the man who allegedly chased the teens is cooperating with police.

Surveillance video from a nearby business captured the deadly crash, showing the underage teen as he slammed his tan GMC Acadia into the woman's pickup truck.

The force of the crash bent the pickup truck's frame and sent both cars airborne, according to the video.

The victim's daughter, Jessica Gaspar, said her mother had been visiting family in Houston and was out running errands at the time of the crash.

"She was about to go back. She was about to come home and get her stuff and say bye and she was about to leave. She couldn't say bye," Gaspar told Houston ABC station KTRK. "He did what he did. He took my mother's life so he has to pay for what happened," she added, referring to the teen driver.

Police said the suspect was booked in a juvenile detention center and broke his ankle in the crash. It's unclear if he has been charged as a minor or an adult. The other two teens in the suspect's car were treated at a hospital for non-life-threatening injuries.