As Hurricane Florence slams the Carolinas and neighboring states, many residents are experiencing what officials call "the storm of a lifetime," with its catastrophic flooding, storm surge and damaging winds.

The storm — which made landfall with life-threatening storm surges and wind — prompted mass evacuations in coastal areas and was forecast to be one of the strongest hurricanes to hit the area in years.

MORE: Hurricane Florence expected to cause dangerous inland flooding: How to prepare

"This will likely be the storm of a lifetime for portions of the Carolina coast," the National Weather Service spokesperson in Wilmington, North Carolina, said late Tuesday night. "I can't emphasize enough the potential for unbelievable damage from wind, storm surge, and inland flooding with this storm."

Flood conditions will worsen through the relentless rainfall over the next couple days, officials warned. 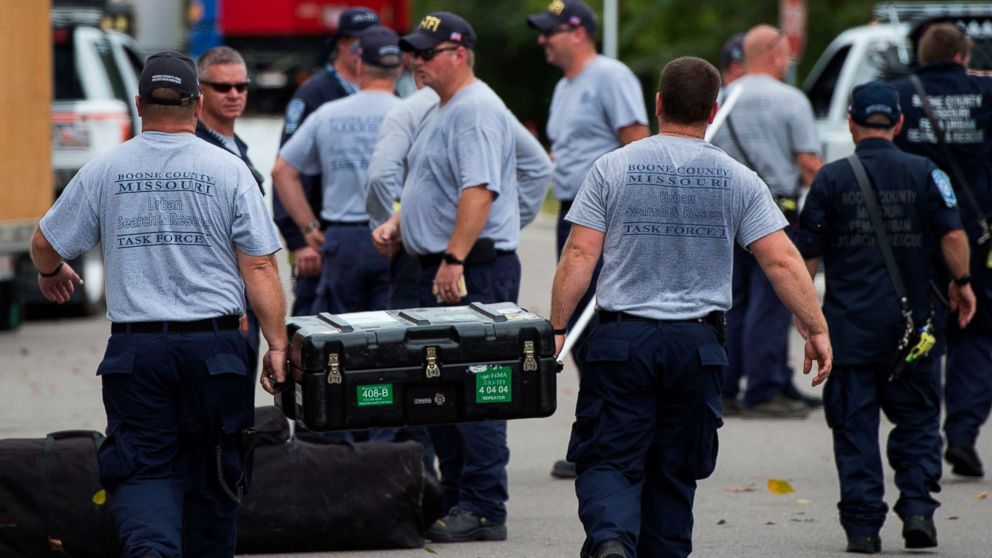 AFP/Getty Images
Members of the Missouri Searh and Rescue, part of FEMA, unload their gear at a staging area as Hurricane Florence starts to make landfall in Lealand, North Carolina on September 13, 2018.

More than 1,500 Red Cross disaster workers are helping #HurricaneFlorence relief efforts. Some 80 emergency response vehicles and more than 120 trailers of equipment and relief supplies have been deployed. https://t.co/qdcmKzW2pw pic.twitter.com/cDx2xOeaiP 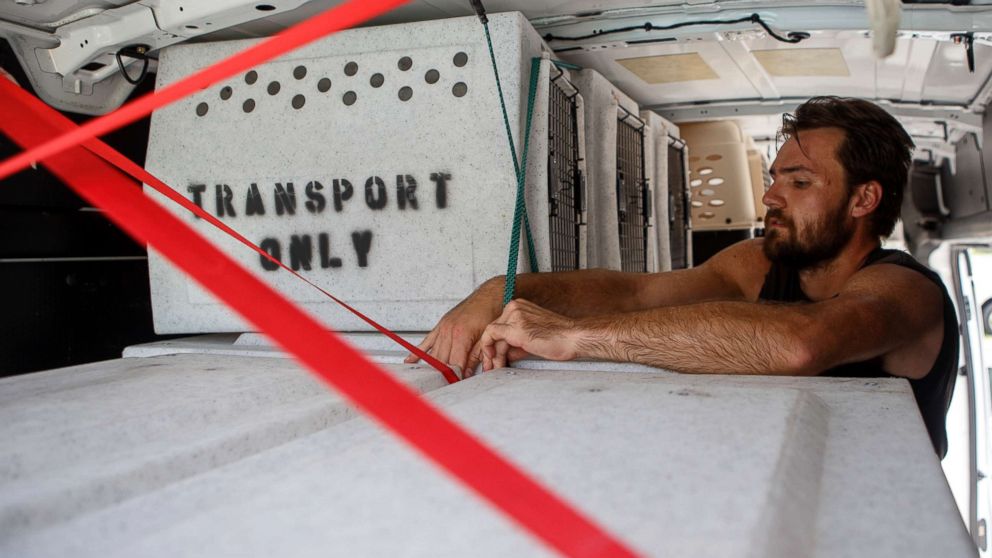 The health-focused disaster relief organization, Americares has already deployed a response team to North Carolina ahead of Florence.

“The storm is on track to make a direct hit on the East Coast and impact much of the southern United States in the coming days,” Americares Director of Emergency Response Brian Scheel said in a statement Monday. “Our response team has been activated and is ready to meet the immediate health needs in affected communities.”

They are currently collecting donations for emergency medicine and other supplies specifically for those impacted by Florence here.

#Florence: "Highly-rated charities providing aid and support in the Carolinas" @CharityNav—incl. us! “#Americares response team is ready to meet the immediate health needs in the affected communities,” says Brian, our Emergency Response Dir. Our profile https://t.co/zx2Zct49Fd

The North Carolina Community Foundation (NCCF) is a local humanitarian organization based in North Carolina that partners with local charities that support the community -- and is still ranked as a highly-rated charity currently providing aid to the Carolinas ahead of Florence.

You can learn more about how to support their relief efforts on the ground on their website.

We invite you to give to the NCCF Disaster Relief Fund, which will grant to nonprofit programs supporting Hurricane Florence victims in our state. All resources go to granting; we hold nothing back for administration. https://t.co/FuNFBnQIAF pic.twitter.com/1oXPSGnTWl 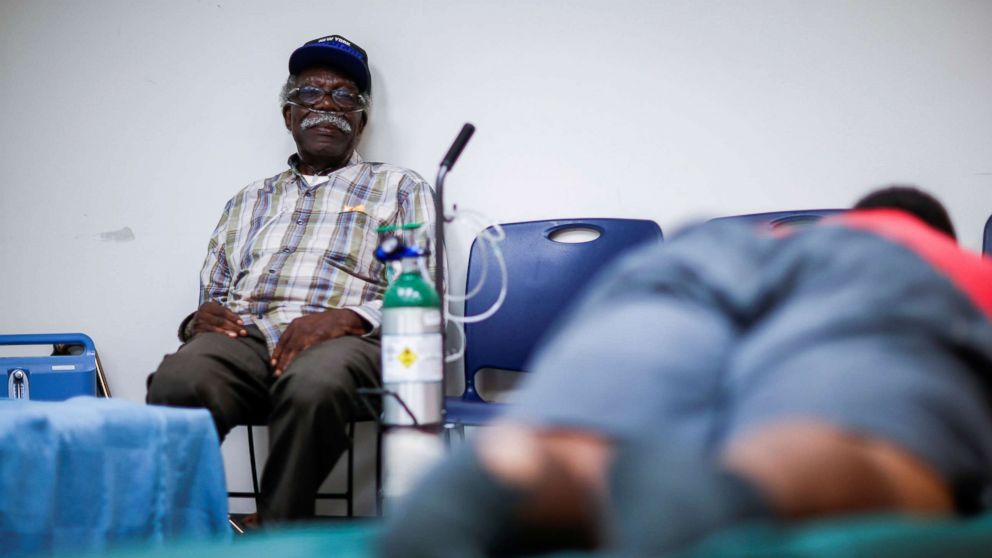 Eduardo Munoz/Reuters
A man attached to a respiratory machine sits in a shelter run by Red Cross before Hurricane Florence comes ashore in Grantsboro, N.C., Sept. 13, 2018.
MORE: Why you might want to think twice before trying this viral quarter hack to save your frozen food in a hurricane

The nonprofit crowdfunding organization GlobalGiving, which supports grassroots charity projects on the ground in areas affected, has launched a Hurricane Florence relief fund.

The fund will support immediate relief efforts such as food, water, and medicine but also invest in longer-term recovery projects to help residents rebuild their community after the storm recedes.

As #HurricaneFlorence continues on its path toward the Carolinas, we're hoping for the best but preparing for the worst. We've launched a relief fund to support local responders ready to deliver aid when and if the need arises. #DisasterRecoveryNetwork https://t.co/Q4pZIP1mSt 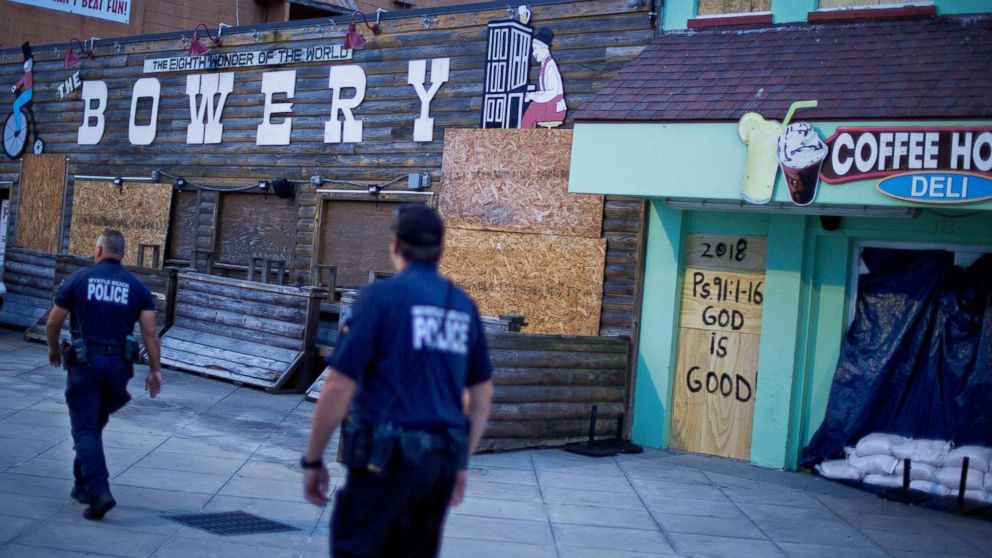 For animals: American Humane and the Charleston Animal Society

When these storms hit, animals -- especially those in a shelter -- are often extremely vulnerable as residents evacuate. If you are looking to help with the relief efforts for pet shelters, the national nonprofit organization American Human and the local Charleston Animal Society are both highly-rated organizations aiding in the Florence relief efforts specifically for four-legged residents of Virginia and the Carolinas.

UPDATE: American Humane’s team of first responders coordinated an evacuation of 72 cats out of the path of #HurricaneFlorence. Our teams are ready to help the millions of animals still at risk. Please make an emergency gift today. https://t.co/Nm7rq9mvxp pic.twitter.com/be3DGme1ad