International Women's Day this year comes amid a tidal wave of pressure for gender equality. Thousands of women are speaking out through the #MeToo and #TimesUp movements, demanding change and highlighting women's issues on a global scale.

In honor of International Women's Day, "Good Morning America" spotlighted four activists who bravely fight against sexual violence, gender-based crimes and climate change, and who are making a difference in their communities and around the world.

While these women come from vastly different backgrounds and work in very different fields, most of them say they were inspired to become agents for change after experiencing gender-based violence or harassment.

These women are now speaking out and working to create a future where no women or girl has to suffer as they did.

These are their stories.

'Wonder Girls': How girl-led activists are changing the world
The 'silence breakers' of #MeToo movement named Time magazine's 2017 person of the year 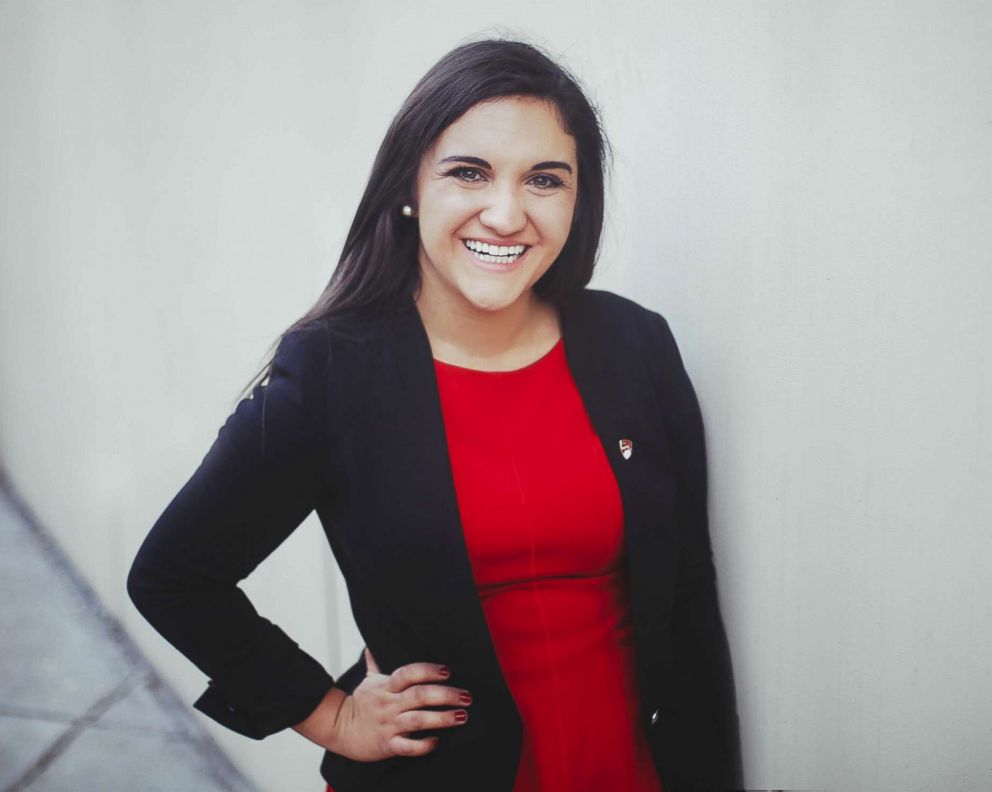 Cam Welch Photography
Jess Davidson, the interim executive director of End Rape on Campus, is pictured in this undated photo.

Davidson, 23, currently works as the interim executive director for the national nonprofit group End Rape on Campus (EROC), which works to end sexual violence through prevention education and policy reform, and provides support for survivors. She is also a member of the Ending Violence Against Women Advisory Council at the Biden Foundation.

Davidson told ABC News EROC aims "to create a world where all survivors of sexual violence are believed, supported, and have access to all that they need to complete their education and thrive."

The Fort Collins, Colorado, native who currently lives in Washington, D.C., said she felt called to action after experiencing sexual assault herself and feeling "isolated."

"After I was sexually assaulted, I felt alone, and I really didn’t feel like I knew what the resources were on campus," she said. "I really got into this work to really make sure that nobody else would go through what I went through.

"What's really been amazing to me about this work, and the reaction that I’ve gotten from others, is just how standing up and talking about sexual violence, and speaking your truth can help make others feel less alone, and more believed and supported," Davidson said. 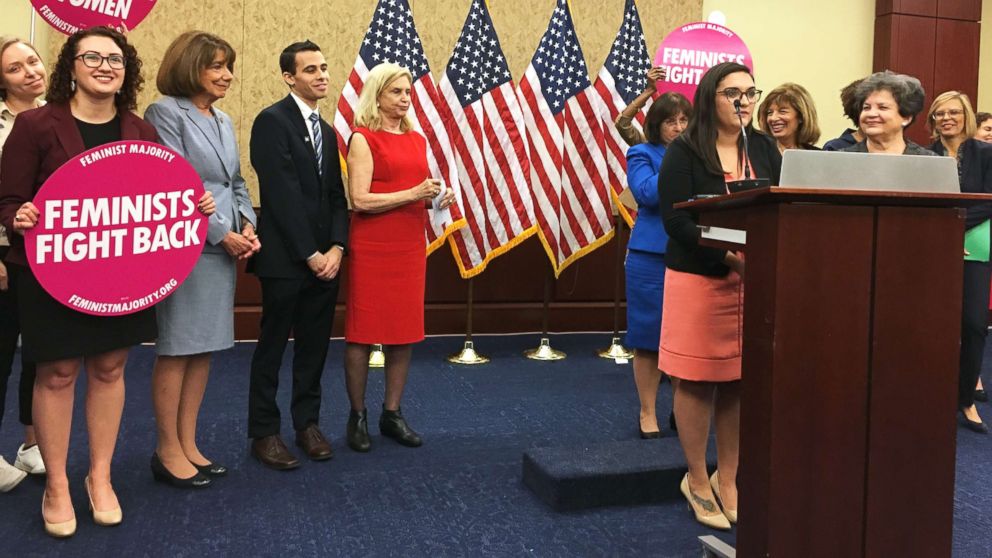 Will Pisano
Jess Davidson, the interim executive director of End Rape on Campus, speaks in front of congress at an event introducing the Title IX Protection Act.

She also shared her advice to girls and other young women who want to become activists in their communities, saying, "Don’t ever let anybody tell you that your voice is not worth hearing."

"Find issues that really speak to the core of who you are, and the world that you want to see," she said. "Use your voice, use your resources, use anything available to you to make sure that you are heard."

People who don’t want to see change will be fearful when they see young women and girls speaking out, and that's all the more reason to keep speaking.

"Don’t get discouraged," Davidson added. "People who don’t want to see change will be fearful when they see young women and girls speaking out, and that's all the more reason to keep speaking."

Tatyana Fazlalizadeh: 'Know there is power in your own story' 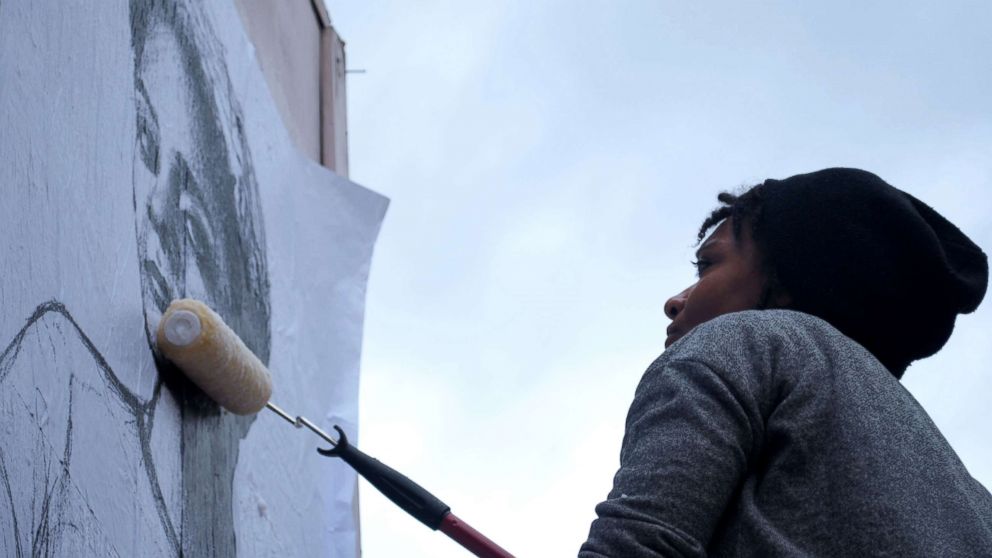 Fazlalizadeh, 32, an Oklahoma City, Oklahoma, native who currently lives in Brooklyn, New York, is the creator of the ongoing art series, "Stop Telling Women to Smile," which employs art as a tool to combat the gropes, catcalls and other forms of street harassment that many women face on a daily basis. 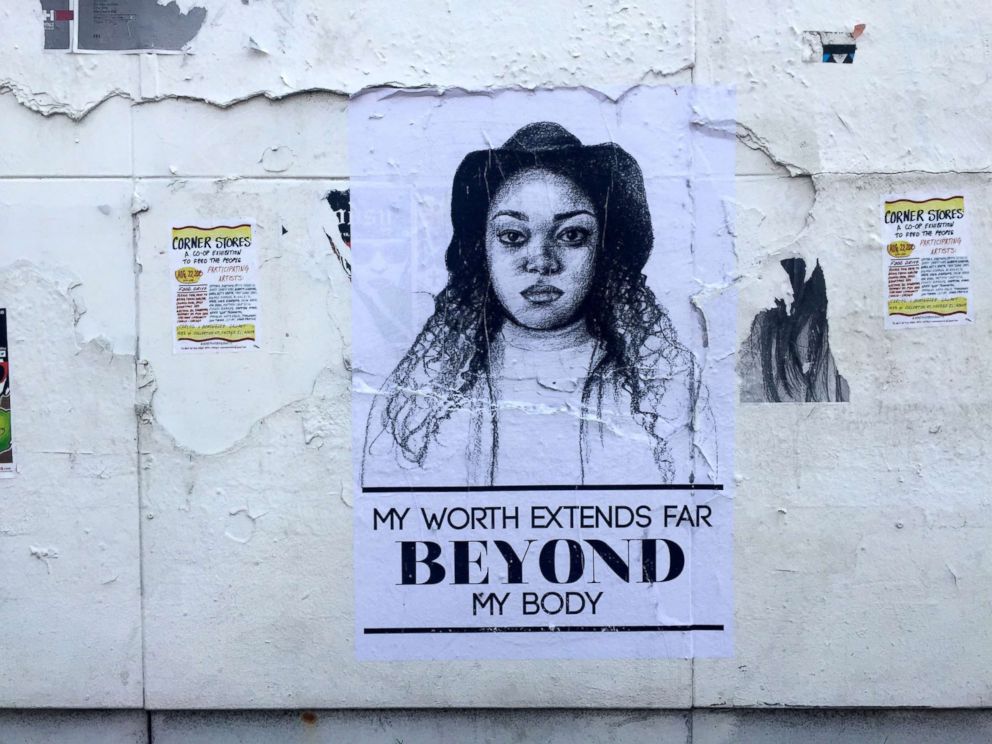 "My activism work is really based in my art practice," Fazlalizadeh told ABC News. "I consider myself an artist, and the activism falls in the art that I create."

Fazlalizadeh also said that she began her activism work following "my own experiences with street harassment."

"I’m a woman who has been experiencing street harassment since I was a kid," she added.

"That is where the activism really came in," she said. 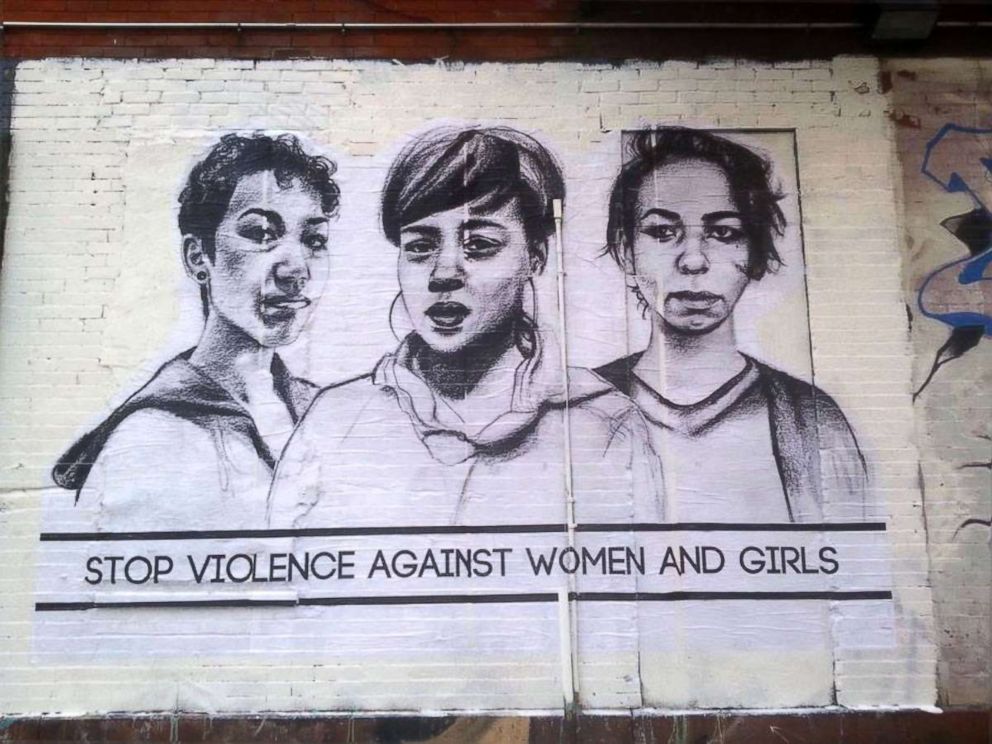 She began drawing portraits of women she spoke to and incorporating quotes from them or harassment they may have heard with the portraits, and hanging her pieces in the same public spaces where many women may have experienced street harassment.

Fazlalizadeh said she started by putting her artwork in her own neighborhood, but then gave others access to her pieces, and let them hang the pieces around the world "as a way to combat street harassment."

"The conversation has been growing and growing around street harassment and sexual harassment," she said.

She said that her advice to girls seeking to make a difference in their communities is "just to begin with where you are and what you have."

A post shared by Stop Telling Women to Smile (@stoptellingwomentosmile) on May 14, 2016 at 3:07pm PDT

"Sometimes we think of movements and activism as this really large collaborative process that you cannot do by yourself, that you need a lot of time and resources behind you," she said. "But you really don’t, you just need your own voice.

"My work began with me using my own experience and just amplifying it out to the world," she said. "My advice would be to begin with yourself, to begin with your voice, to know there is power in your own story. And start there."

Jaha Dukureh: 'If it wasn’t going to [be] me, who else would do that?' 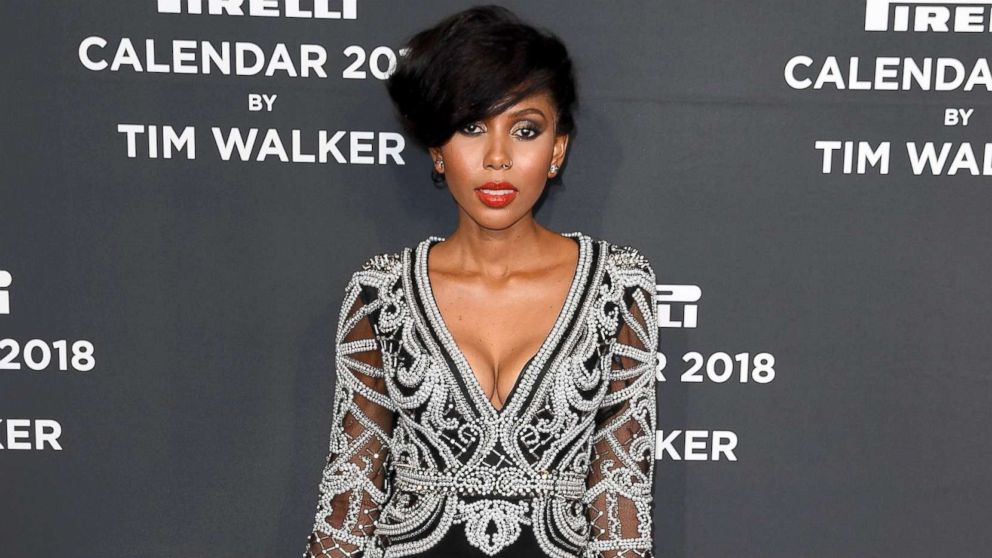 Dukureh is an activist who has been speaking out and starting a conversation to end the often undiscussed practice of female genital mutilation (FGM) and child marriages. She currently works as a United Nations Women Regional Goodwill Ambassador for Africa.

Like Davidson and Fazlalizadeh, Dukureh said her activism work in fighting against gender-based violence arose after her own experiences. The Gambian-born American wrote in a first-person piece published on the U.N. Women's website that she went through FGM when she was 1 week old and was forced into a marriage at the age of 15.

She eventually was able to separate from her husband and fought for an education. As an adult, she went on to found the Safe Hands for Girls group, which works to put an end to FGM globally and provide support for survivors.

I also knew there were millions of girls out there, just like me and my daughter, and no one was speaking for them. If it wasn’t going to me, who else would do that?

"It wasn’t until I was pregnant with my daughter, that I started to speak out against FGM. I didn’t want my daughter to ever have to go through what I had," Dukureh wrote. "I also knew there were millions of girls out there, just like me and my daughter, and no one was speaking for them. If it wasn’t going to [be] me, who else would do that?

Osprey Orielle Lake: This is 'the time of women and girls rising' 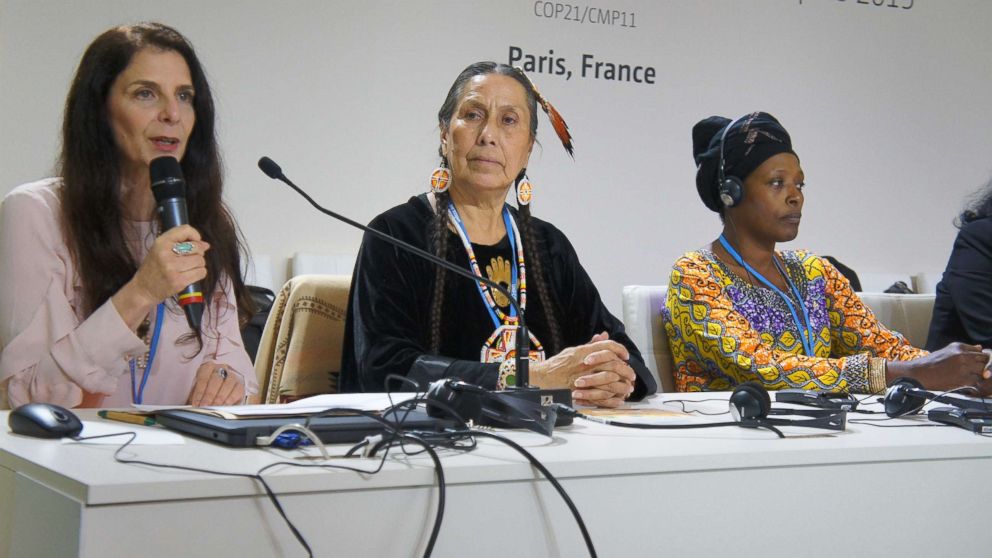 Lake, a Northern California native who currently lives in the San Francisco Bay Area, is the founder of the women's environmental group Women's Earth and Climate Action Network (WECAN), and currently serves as its executive director.

She added that while most may not see climate change as a women’s issue, women tend to "more adversely experience the harms and dangers of climate change because their basic rights continue to be denied in diverse forms and intensities around the world." 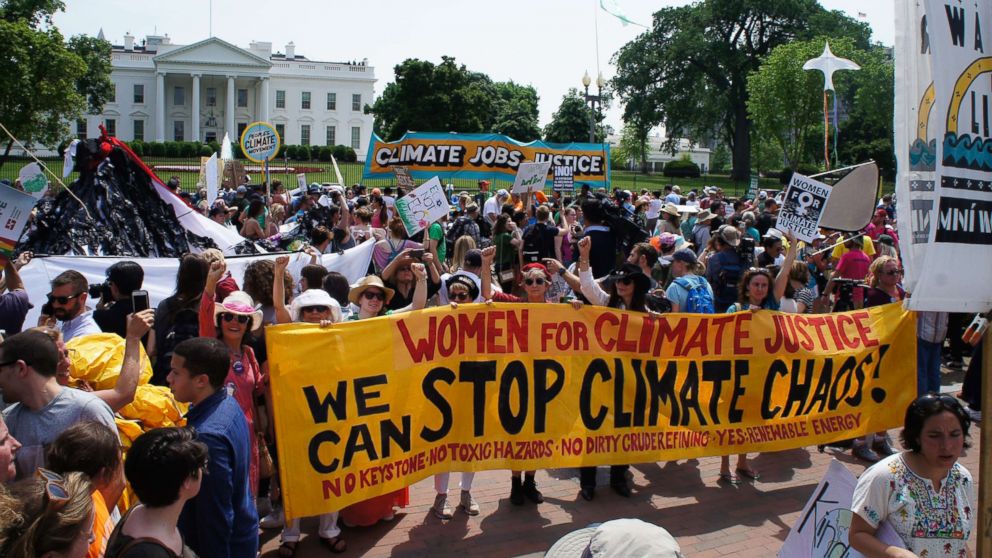 Women also make up a majority of global climate refugees, according to Lake.

In addition, Lake said that when women are "empowered," this brings benefits to communities and societies at a macro level.

“Women all across the world act as an immense force of social change in directing family’s values, lifestyle and consumption habits,” she said. “Everyday through our network of women educators, advocates, activists and concerned global citizens, we are seeing women modeling local and global solutions with large impacts.”

Lake said her advice to girls or young women looking to make a change in their communities is to "believe in yourselves and be bold."

“We need your voices now more than ever,” she added. “Connect with both your elders and community leaders, and with your peers.”

Do not allow the institutions of patriarchy or negative cultural narratives about your sex or sexual orientation to deter you in any way.

“Do not allow the institutions of patriarchy or negative cultural narratives about your sex or sexual orientation to deter you in any way,” she added. “Many of us are standing with you and this is your time -- the time of women and girls rising.” 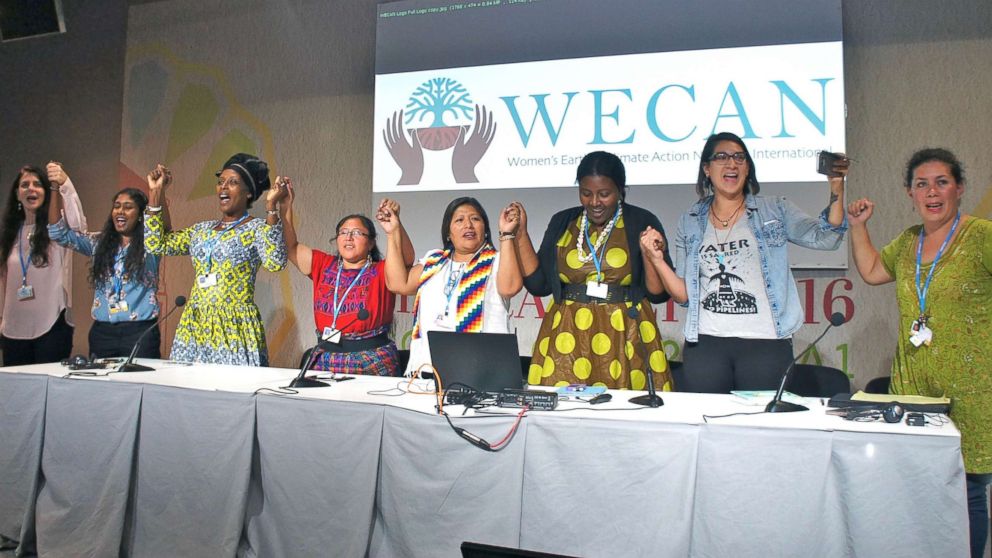