A New Jersey superintendent decided the referee who made a black wrestler cut his dreadlocks before a match will not work in the district again at an emergency meeting a week after the incident.

The decision was made at an emergency school board meeting Wednesday night for the Buena Regional School District, a meeting held to discuss "personnel matters," according to a notice posted on the school district's website. The notice also said, "Action may be taken."

In the end, the board did not even take a vote, according to Philadelphia ABC station WPVI. Superintendent David Cappuccio made the ultimate decision.

"He's done working with our district," Cappuccio said at the meeting, referring to referee Alan Maloney. Maloney had already been suspended indefinitely from working in the district. 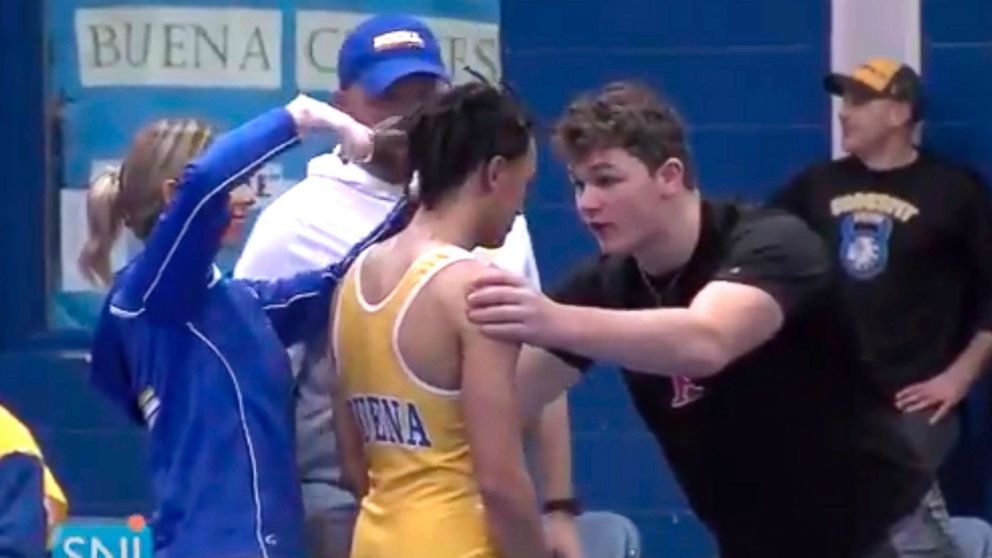 Michael Frankel/SNJToday.com via AP
Buena Regional High School wrestler Andrew Johnson gets his hair cut courtside minutes before his match in Buena, N.J., after a referee told Johnson he would forfeit his bout if he didn't have his dreadlocks cut off, Dec. 19, 2018.

The family of wrestler Andrew Johnson did not speak at the meeting, but their attorney, Dominic A. Speziali, said the student-athlete was "emotionally drained" by the incident.

Johnson will not wrestle at a scheduled meet on Thursday due to the media attention, but will return this season, his lawyer said.

Attorney for 16 y/o wrestler Andrew Johnson - Dominic A. Speziali - says family is defending coach & trainer questioning why administrators at the match did not get involved. The Johnson family wants to “resolve the matter” & to “return to normalcy” & are waiting for invex @6abc pic.twitter.com/VdrIhooh9p

The family intends to let the investigations into the incident play out before taking any possible action, Speziali said.

Concerned citizens also got a chance to voice their displeasure with the referee's decision and lobby for the district to take action.

"What I saw made me sick to my stomach," Buena Vista Township resident Steve Martinelli said. "I don't know who is at fault; that's their job to come to tell me what happened."

The meeting was called after Cappuccio addressed the controversy in a letter to "school community members and concerned citizens."

"The Staff and administration within the Buena Regional School District will continue to support and stand by all of our students and student-athletes," Cappuccio wrote in the letter posted on the school district's website on Friday.

Cappuccio wrote that the school district is working with the New Jersey State Interscholastic Athletic Association, which launched an investigation into the incident.

"In collaboration with the NJSIAA and its ongoing investigation in this matter, the district will take appropriate action as more details become available," Cappuccio wrote.

(MORE: High school wrestler who was forced to cut his dreadlocks displayed 'character,' his parents say)

On Dec. 19, Johnson was ready to take on an opponent from Oakcrest Regional High School when the referee told him he could not compete with long hair despite him wearing his usual headgear and covering on his hair. He was given 90 seconds to decide whether to forfeit the match or cut his dreadlocks, according to a statement released by his family.

Johnson decided to have an athletic trainer cut his dreadlocks. The wrestler went on to win his match.

"No school/district staff member influenced the student into making this decision," Cappuccio wrote in his statement, adding that the referee is not an employee of the school district and was assigned to the match by an independent association sanctioned by the New Jersey State Interscholastic Athletic Association. 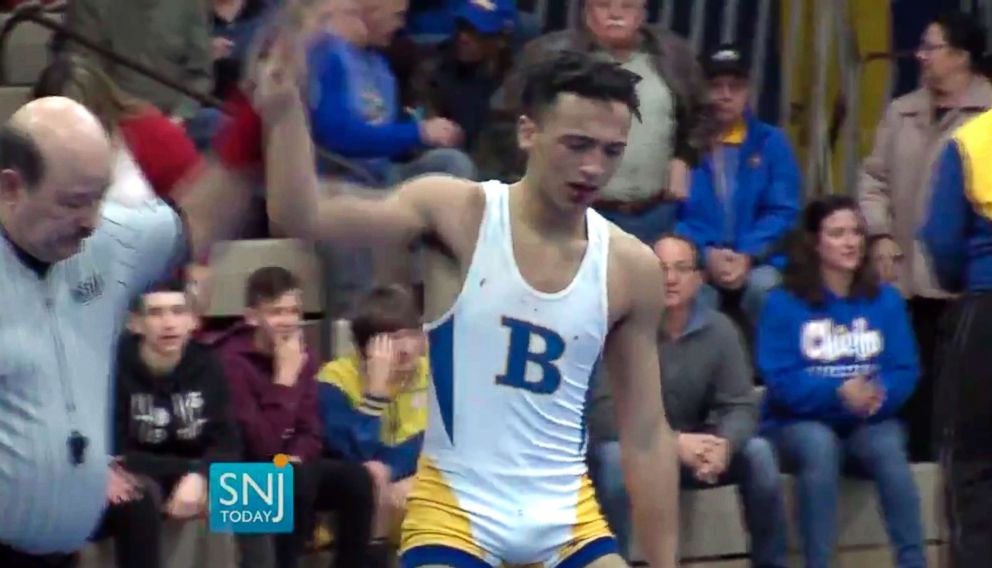 Michael Frankel/SNJToday.com via AP
In this image taken from a Wednesday, Dec. 19, 2018 video provided by SNJTODAY.COM, Buena Regional High School wrestler Andrew Johnson is declared the winner after his match in in Buena, N.J.

The episode was captured on cellphone video and later went viral on social media.

The referee was identified as Maloney by WPVI. Maloney did not respond to a request for comment from ABC News on Wednesday.

"The blame here rests primarily with the referee and those that permitted him to continue in that role despite clear evidence of what should be a disqualifying race-related transgression," Speziali wrote in a statement.

Speziali said Johnson was allowed to wrestle in previous matches with his dreadlocks. He said scholastic wrestling rules state that referees are to inspect the appearance of wrestlers prior to the start of a match, usually when competitors weigh in. Speziali said Johnson and his family are awaiting the results of an inquiry by the New Jersey Division of Civil Rights.

"The referee here was late to the meet and missed weigh-ins," Speziali said in his statement.

"Andrew was visibly shaken after he and his coaches made every effort to satisfy the referee short of having his hair cut. But, as captured on video, the unyielding referee gave Andrew 90 seconds to either forfeit his match or cut his hair," Speziali wrote. "Under duress but without any influence from the coaching staff or the athletic trainer, Andrew decided to have his hair cut rather than forfeit the match."