Cheering crowds with hundreds of thousands of people packed shoulder-to-shoulder.

Inaugurations are usually a jubilant celebration of the peaceful transfer of power in the world's oldest democracy.

But not this year.

In the wake of the violent and deadly breach of the U.S. Capitol by a pro-Trump mob and the ongoing coronavirus pandemic, the inauguration of President-elect Joe Biden and Vice President-elect Kamala Harris will be unlike any other in American history.

Here's what to know:

An unprecedented level of security is being marshaled for the 59th swearing-in ceremony as law enforcement is on high alert for further possible attacks and unrest.

D.C. Mayor Muriel Bowser has asked public officials to discourage spectators from attending the inauguration in an effort to prevent violence during the event. 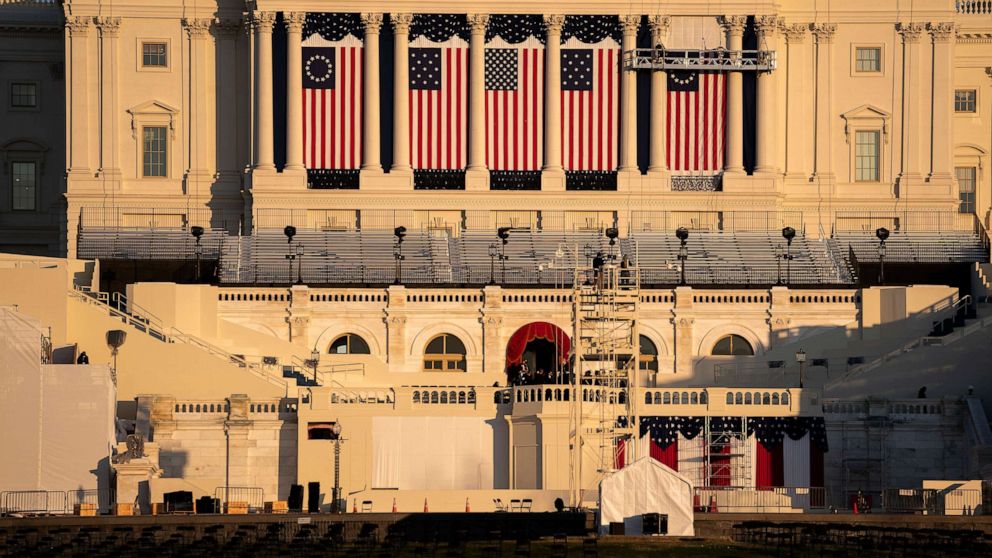 Stefani Reynolds/Getty Images
Chairs are set up as the stage for the Presidential Inauguration is prepared outside the Capitol, Jan. 12, 2021.

Thousands of National Guard troops will be in place around the 7-foot non-scalable fence surrounding the U.S Capitol, which is topped with razor wire. The National Parks service also implemented a temporary public closure of the National Mall from Jan.15 through Jan. 21.

“Clearly we are in uncharted waters,” Bowser said during a press conference last Wednesday.

No Trump and Harris makes history

That is not to mention the fact that for the first time in more than 100 years, the outgoing president, Donald Trump, will not be attending the inauguration, a move that Biden said is "good."

Trump plans to leave Washington the morning of the inauguration in a "military-like" sendoff from Joint Base Andrews, from which he will head to Mar-a-Lago, his residence in Florida.

Outgoing presidents generally greet the incoming president and then ride together to the Capitol for the ceremony. Only three presidents did not attend the inauguration of their successor -- John Adams, John Quincy Adams and Andrew Johnson.

Vice President Mike Pence, who refused to subvert the results of the election to keep Trump in power but took 68 days to call his successor, Kamala Harris, will be there.

Harris is set to make history when she is sworn in as the first woman of color to be vice president.

What to watch and how

With the extensive security measures put in place and the need to avoid large crowds to stem the spread of the coronavirus, most Americans will experience the historical ceremony virtually. Here is how you can watch the inauguration on Jan. 20. 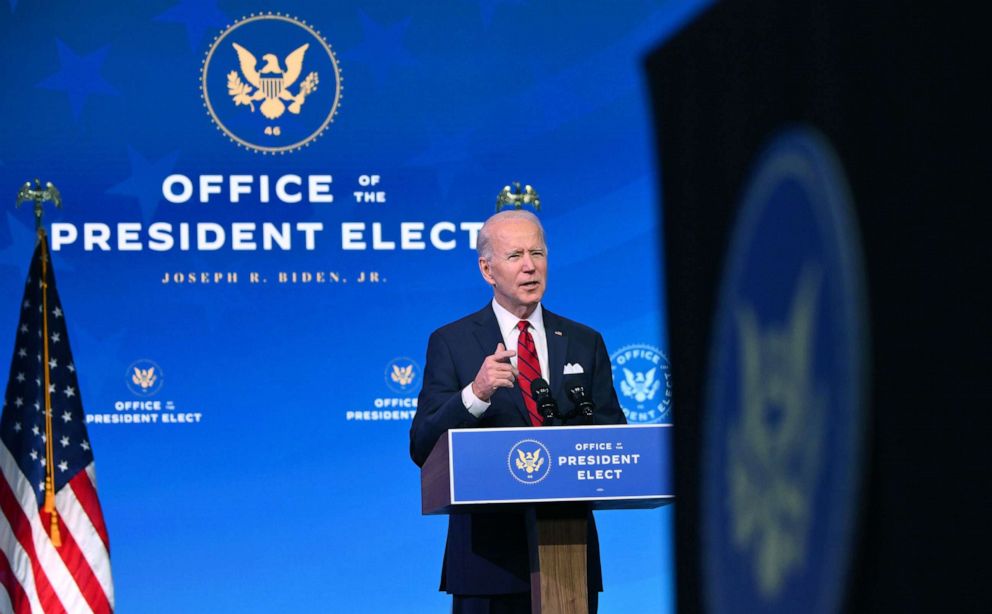 The Biden campaign and the Presidential inaugural Committee will also livestream Inauguration Day online, including a special program for young Americans from 10 a.m. to 12:30 p.m.

On Jan. 20, the ceremony will feature musical performances from Lady Gaga and Jennifer Lopez. Lady Gaga, who worked with Biden on a campaign against sexual assault when he was vice president, will sing the national anthem.

Members of the clergy who are close to the Biden family will deliver the invocation benediction and Andrea Hall, the president of the International Association of Firefighters, which has long supported Biden, will recite the Pledge of Allegiance.

Following Biden's inaugural address, there will be a wreath-laying at Arlington National Cemetery with other first families. Then there will be a virtual parade will air featuring performances from across the U.S.

At 8 p.m. EST ABC News will present, “The Inauguration of Joseph R. Biden, Jr. - An ABC News Special,” that will provide reporting on the historic moments from the day.

Then, at 8:30 p.m. EST ABC will air “Celebrating America,” the primetime special previously announced by the Presidential Inaugural Committee, including performances from Bon Jovi, Demi Lovato, Tim McGraw and Luis Fonsi among others. The event will be hosted by Tom Hanks.