Lyle Fleming had been waiting a long time to walk across the room.

Thanks to technology, the power company lineman was able to get up out of his wheelchair and walk again.

Fleming, who is from West Virginia, was paralyzed during a work-related incident six years ago, in which he fell 30 feet off a power pole while on the job, according to ABC affiliate WCHS. 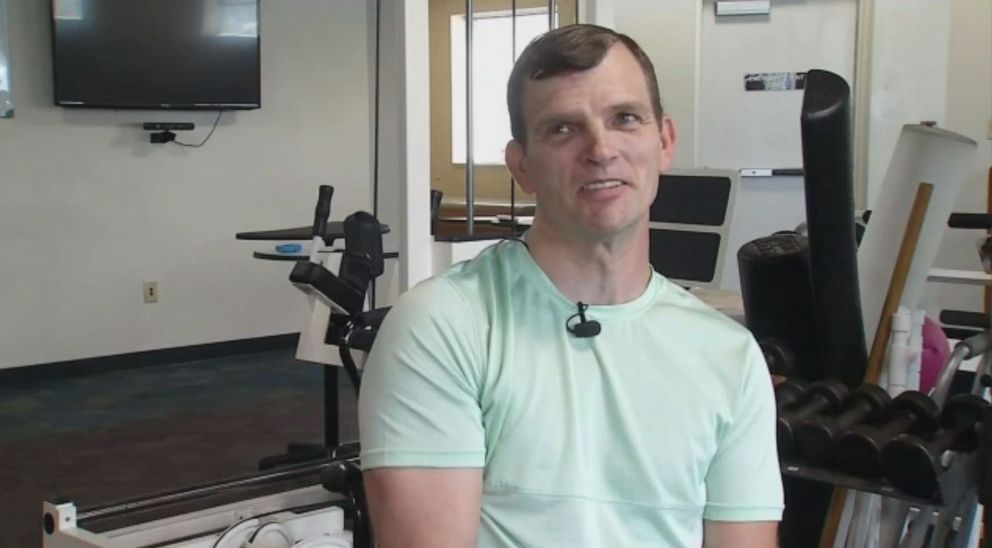 WCHS
Lyle Fleming, from Chapmanville, West Virginia, is walking again with help from a robotic device.

"It's so emotional, man,” Fleming told WCHS. "It's just—the feeling to be able to stand up. After six years, it's amazing."

The robotic device that helped him achieve the endeavor is called Indego and it's “a powered exoskeleton worn around the waist and legs which allows gait impaired individuals to stand and walk,” according to the website for the device. 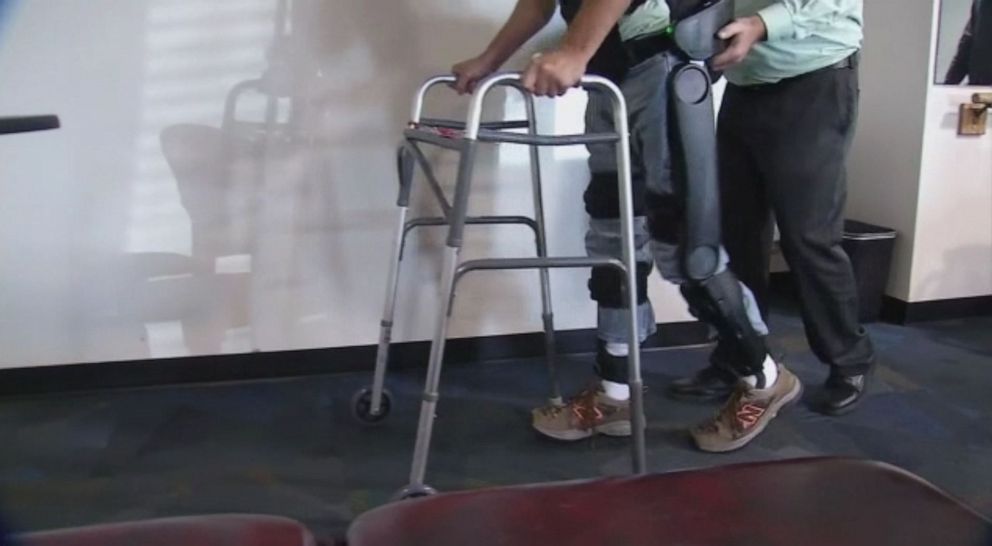 WCHS
Lyle Fleming, from Chapmanville, West Virginia, is walking again with help from a robotic device.

Physical therapists helped Fleming practice with the device for two months before he was finally able to take it home.

(MORE: A paralyzed football player’s walk down the aisle was just the start of this couple’s journey)

"It’s something that I will take with the rest of my career,” physical therapist Trevor Shamblin told WCHS. “Just seeing how he's progressed from day one to now being able to walk with him and his dad."

Fleming told WCHS that he's gone through many emotions in the process, but encourages others in similar situations to stay positive.