Chris Norton suffered a spinal chord injury while playing football when he was 18 years old, which left him paralyzed from the neck down with just a 3% chance of walking again, according to his doctors. But Norton was determined to walk for two milestones: His MBA graduation and at his wedding to his wife, Emily. Now, the proud parents of five adopted girls and 17 other children they have fostered are sharing their story in "The Seven Longest Yards: Our Love Story of Pushing the Limits While Leaning on Each Other." You can read an excerpt below.

When we moved into our new house, I wondered how long we’d have to wait before we got our first foster placement. We didn’t have to wait long to find out. Almost immediately we did respite care for a two-and-a-half-year-old little girl for a week while her foster family went on vacation. I thought it would be a good way to dip our toes into the water and get used to having a kid in the house.

Then on July 5, while the little girl was still at our house, my phone rang.

“We’ve got a sibling group placement coming in,” our licensing agent said. “Two kids—a three-year-old boy and a two-month-old girl.”

“Yes!” I cried. “That sounds great!” Then I caught myself. It wasn’t just my decision to make. “Hold on. Let me talk to Chris, and I’ll call you back.”

“Emily, that’s too much,” Chris said when I filled him in. “We were only planning on taking in one child under the age of two.”

(MORE: After 7 years in wheelchair, groom walks down aisle on his wedding day)

“I know,” I said, my voice trailing off. “But it’s only one more than we planned, and the baby will just sleep all the time.”

“Didn’t you say three-year-old boys had the worst behavior in your group home?” 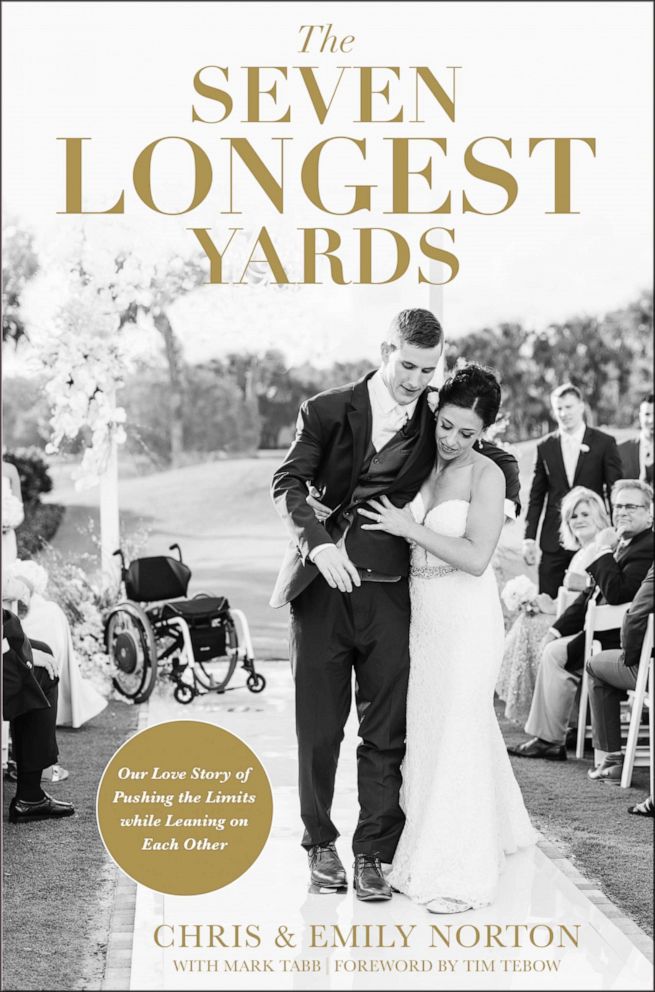 Zondervan
The cover of the book "The Seven Longest Yards," written by Chris and Emily Norton.

I sighed. “Yes. Okay. Well, what if we just took them until they can find someone else? I don’t want to just tell her we can’t do it right off the bat.”

“I can do that. As long as it’s only temporary.”

Our caseworker found another family who was on vacation but could take the kids when they returned in ten days. I hung up the phone and looked at the clock. It was 9:30 p.m., and two small children would be here in a matter of hours. We needed car seats, a bassinet, a bed rail, diapers, formula, clothes—basically everything. Meanwhile, the little girl already in our care was asleep in her room, and it was her last night with us. I couldn’t leave her alone with Chris while I ran to the store because he couldn’t pick her up if she needed him. And he couldn’t exactly run to the store by himself. So I did what I had to do. I loaded the sleeping girl into my car, bare feet and all, and drove to Walmart. It wasn’t ideal, but when we signed up to be foster parents, I fully expected that late night car seat runs might be part of the gig.

At 1:00 a.m. we heard a knock on our door. I had prepared myself to find devastated children on our porch, and I had steeled myself for a rough night. But when the little boy, Trevor, walked into our living room, he was silent and looked scared. He was the tallest three-year-old I had ever seen. He then immediately spotted the toys I had bought for him and darted toward them. He was smiling and happy, as if he hadn’t just been yanked from his home. I made him a snack and played with the toy trucks with him. I wanted him to get a little more comfortable with his surroundings before immediately putting him to bed. I laid Ella, the two-month-old, in her crib, which we had put next to our bed. I had to pinch myself as they went down to bed like it was nothing. Was this real life?

Both kids kept up their good behavior the next day. Our only problem was their clothes—they came with nothing, and none of the clothes I had bought Trevor fit, since he was the size of a five-year-old and I had bought him 3T clothes. 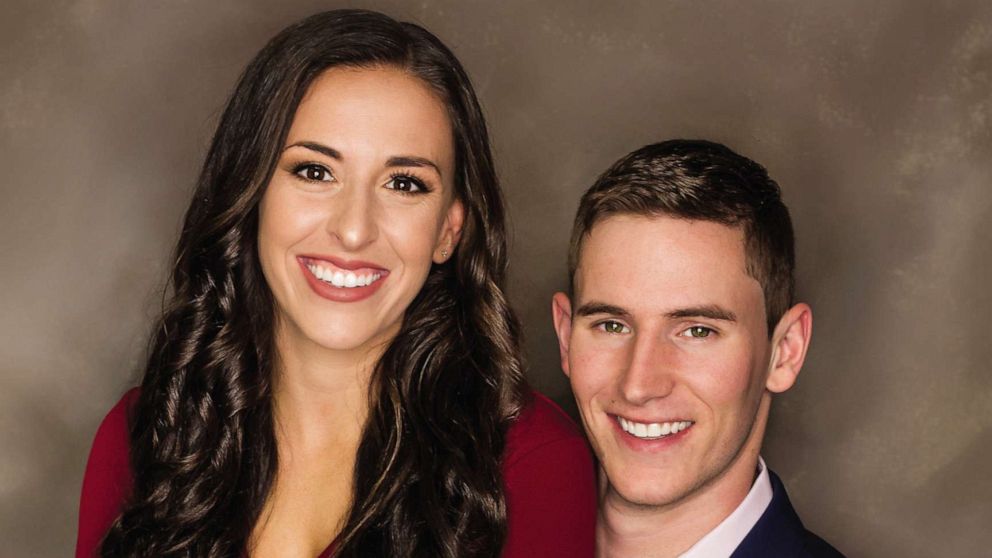 Trevor held it together until the moment we brought him into his room for bedtime the second night. His little lips quivered, and his eyes welled before he burst into tears. My heart broke for him. This poor guy was trying to be so strong after he was ripped from his mom and taken to live with strangers. Now he lay on the floor, sobbing the saddest cry I had ever heard, completely devastated.

I was holding back tears as I brought the boy to Chris in the living room. His two-month-old sister was crying and hungry. I had to get her a bottle.

(MORE: How a Wheelchair-Bound Football Player Was Able to Walk at His College Graduation)

Chris held out his arms. “Give him to me.” The boy curled up on Chris’s lap as if he was meant to be there and buried his face in Chris’s shoulder. Within minutes, he fell asleep.

Chris stayed with him the entire night. As I watched the two of them together, I knew we could not let these kids go somewhere else. These poor children had gone through so much already. Putting them through another transition and confusing them seemed cruel. I couldn’t do that to them, not when I felt this instant connection to them.