Meghan Markle, the duchess of Sussex, wrote an open letter to Congress, advocating for paid family leave in the U.S.

The letter was published on the website Paid Leave For All.

"I'm not an elected official, and I'm not a politician. I am, like many, an engaged citizen and a parent. And because you and your congressional colleagues have a role in shaping family outcomes for generations to come, that's why I'm writing to you at this deeply important time—as a mom—to advocate for paid leave," Markle wrote.

In the letter, she looks back at her own upbringing, how hard her family worked to provide for her growing up and how the pandemic has pushed millions of women out of the workforce.

"Over the past 20 months, the pandemic has exposed long-existing fault lines in our communities. At an alarming rate, millions of women dropped out of the workforce, staying home with their kids as schools and daycares were closed, and looking after loved ones full-time," she wrote. "The working mom or parent is facing the conflict of being present or being paid. The sacrifice of either comes at a great cost."

Markle acknowledged in the letter that she and her family in no way face the same challenges that other families do when it comes to raising a family. 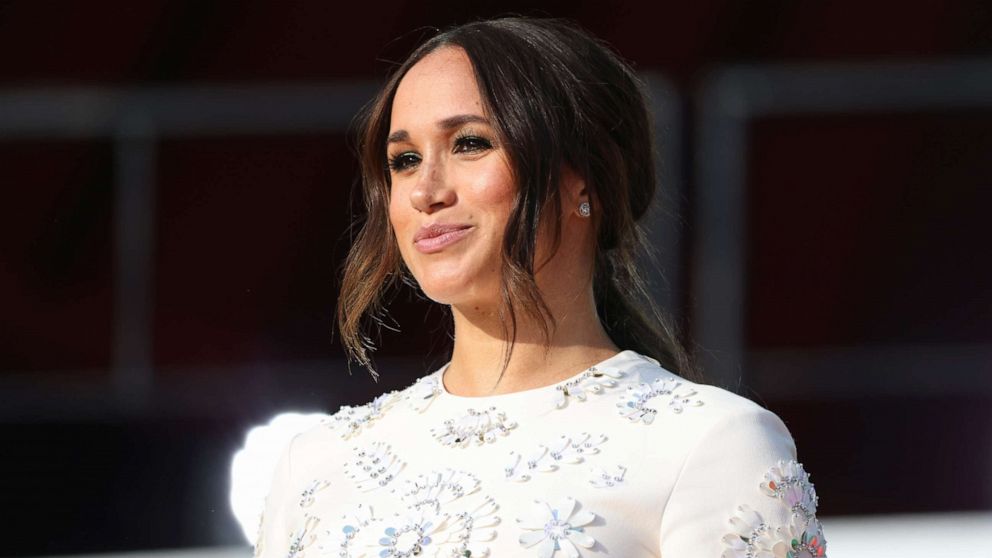 "Like any parents, we were overjoyed. Like many parents, we were overwhelmed," Markle wrote, recalling the moment she brought home her newborn daughter. "Like fewer parents, we weren't confronted with the harsh reality of either spending those first few critical months with our baby or going back to work. We knew we could take her home, and in that vital (and sacred) stage, devote any and everything to our kids and to our family. We knew that by doing so we wouldn't have to make impossible choices about childcare, work, and medical care that so many have to make every single day."

Meghan, The Duchess of Sussex believes it's time for #PaidLeaveforAll. In a powerful letter to Congress, she's standing up for millions of American families who need and deserve guaranteed paid leave. Read and share her letter: https://t.co/7m0GhdyhJz

Markle noted that, unlike the U.S., most nations already have paid leave policies in place for all workers.

"Many other countries have robust programs that give months of time for both parents (birth or adoptive) to be home with their child. The United States, in stark contrast, does not federally guarantee any person a single day of paid leave. And fewer than one in four workers has dedicated paid family leave through their employer. I'm sure you agree that if we are to continue to be exceptional, then we can't be the exception."

Her point is echoed in a report by the Center on Budget and Policy Priorities, which acknowledges that the U.S. "is alone among wealthy countries in its lack of a national paid leave program."

Markle closed out her letter saying that the country should be putting families above politics and not lose sight of what's important.

"So, on behalf of my family, Archie and Lili and Harry, I thank you for considering this letter, and on behalf of all families, I ask you to ensure this consequential moment is not lost," Markle wrote.