Mike “The Situation” Sorrentino will have to pursue his gym, tan, laundry lifestyle from behind bars after a federal judge in Newark sentenced him to eight months in prison for violating tax laws.

“The law requires all Americans to pay our fair share of taxes,” said Craig Carpenito, U.S. attorney for the District of New Jersey. “These defendants deliberately flouted this requirement, acting as though fame and celebrity status placed them above the law. They are not.”

Mike Sorrentino, 37, gained fame and wealth from his appearance on the MTV reality show. In 2011 he took “certain actions” to conceal some of his income to avoid paying the full amount of taxes he owed, federal prosecutors said. Specifically, they said he made cash deposits in amounts less than $10,000 so they would not come to the attention of the IRS.

(MORE: Michael 'The Situation' Sorrentino faces up to 5 years in prison for tax evasion)

“Tax crimes, plain and simple, are an outright theft from the hardworking American public,” said John Tafur of IRS Criminal Investigation. “The courts recognize the severity of these crimes and now Michael and Marc Sorrentino are convicted felons with prison sentences to serve for intentionally disregarding their tax obligations to our country.” 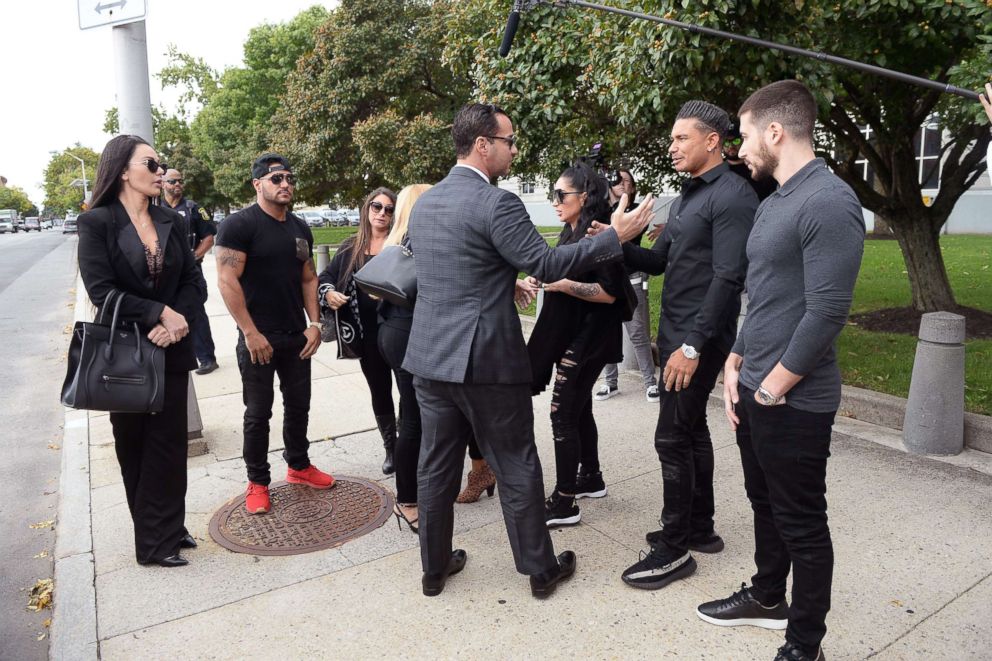 In addition to the prison terms, Michael Sorrentino will have to serve two years of supervised release. His fellow cast members from “Jersey Shore” waited outside federal court in Newark for the sentence to come down.

“Michael accepts the court’s judgment,” his attorney Henry Klingeman said in a statement. “He is looking forward to marrying his college sweetheart, Lauren Pesce, next month, and moving forward together after he serves his sentence.”