The vaccine company Moderna on Thursday announced it submitted its request for the Food and Drug Administration to authorize its vaccine for children ages 6 months to 6 years, marking a hopeful development in the long journey for parents who are desperate to get their young kids vaccinated.

"I think for these little children, they really represent an unmet medical need," Paul Burton, chief medical officer for Moderna, told ABC News. “I would be hopeful that the review will go on quickly and rigorously — but if it's approvable, this will be made available to these little children as quickly as possible."

Once the FDA reviews the data, it will call a meeting of its independent panel of advisors to publicly discuss the safety and efficacy of the vaccine before taking a vote. The FDA would then take the panel’s consensus into account and decide whether to authorize the vaccine.

MORE: Parents of kids under 5 fed up with lack of FDA action on a vaccine

After that, the process heads to the Centers for Disease Control and Prevention for its advisors to review the data and for the CDC director to recommend the vaccine to the public.

But questions remain about how soon the FDA will be able to authorize Moderna’s vaccine, and whether regulators would prefer to review it alongside Pfizer’s vaccine, which is expected to be submitted for review in the coming weeks. 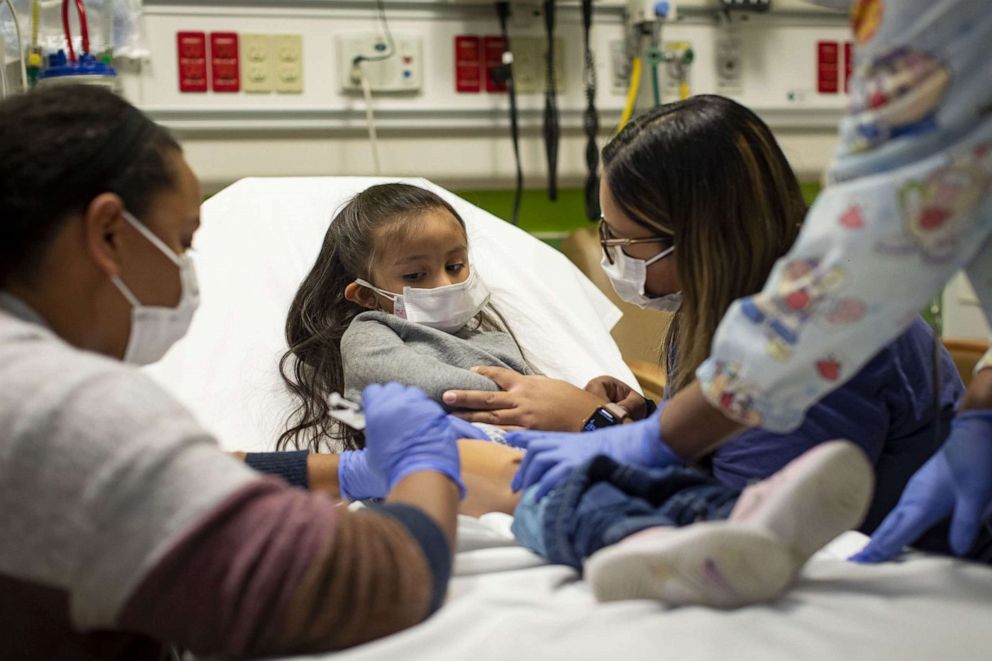 Chicago Tribune via Getty Images, FILE
A 3 year old girl receives a dose of the Moderna Covid-19 vaccine as she participates in a trial in Chicago, Dec. 7, 2021.

Dr. Peter Marks, who oversees vaccines for the FDA, said on Tuesday that the FDA would put out a timeline for the review within the next week.

Marks couldn’t clarify whether the FDA would review both vaccines together or not until the agency had seen the data from the companies, but said that the FDA would move "quickly" once that data is in.Burton, with Moderna, stressed that kids under five currently have no vaccine options.

“I think every day that [kids] are without a vaccine is obviously another day that somebody can get infected, can get hospitalized. So I would hope that, you know, they can move as quickly as possible,” Burton said.“Typically, they seem to take about a month, so I'd be hopeful for that kind of timeline, but you know, they'll do the very best job necessary."

MORE: When will vaccines be authorized for kids under 5? Here's what we know

At the same time, experts have questioned the low efficacy numbers against infection. During the omicron surge, two doses of the vaccine were roughly 51% effective against COVID-19 infection, including asymptomatic and mild infections, for children 6 months to 2 years old, and 37% effective among kids 2 years to 6 years old. 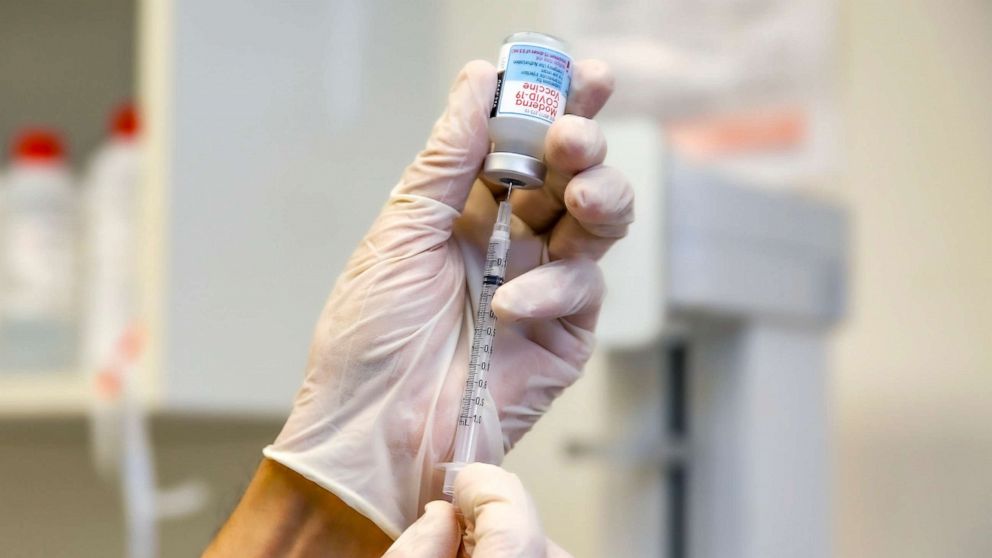 Los Angeles Times via Getty Images, FILE
A dose of Moderna vaccine for Covid-19 is prepared in Flintridge, Calif., Nov. 16, 2021.

But Burton defended the vaccine’s efficacy against infection, arguing that omicron led to more breakthrough infections, but that the shot produced an antibody response that was even stronger in the young kids than it was in the 18-24-year-olds.

"I think moms and dads and caregivers, doctors and nurses should be reassured by this result," Burton said.

"The antibody levels that we saw here were high, and we can translate that to what we see in adults where we get really good protection against severe disease and hospitalization," he said.

MORE: FDA postpones review of Pfizer data on vaccine for kids under 5

Asked about Moderna’s plan for a third shot for kids, which would then put it on par with Pfizer, which is planning on submitting data for a three-shot vaccine, Burton said that Moderna intends to give children a booster with a variant-specific vaccine in the fall or winter, if a booster is necessary.

"We're working on a variant-specific booster, we released some data a couple of weeks ago. We're still working on even another booster candidate that will cover omicron, as well as the original virus. And if these little kids do need an additional booster, I think that's the one that we would likely offer them in the fall or winter,” Burton said.

The company is currently testing boosters across all age groups.

But Burton said he was confident in the two-dose regimen Moderna is putting before the FDA.

“If these children need an additional booster dose, a third dose later in the winter, we'll have those data on hand and we can discuss that with regulators then, but I think everybody can be well reassured of the result here,” Burton said.None of the children in the Moderna study became severely sick, so the company was unable to provide an efficacy estimate for its ability to prevent severe illness.

Pfizer is expected to submit its data in the coming weeks. The company’s CEO Albert Bourla said in a recent interview that he expected authorization sometime in June. Many experts expect the vaccine to be strong because data has consistently shown more immunity from third shots, or boosters, in adults.

For parents, the authorization of vaccines for the youngest population in the country has been a stressful, arduous wait.

The expected timeline for shots has slipped twice in the past year.

While children five and older have had a vaccine since the fall, younger kids have weathered the delta and the omicron waves without them. And a lot of them are too young to wear masks, which experts only recommend for kids over two.

A CDC report on Tuesday revealed that the lack of vaccination has made young kids a bigger target for the virus. Around 75% of kids and adolescents under 17 have had COVID, according to a nationwide study — the highest percentage of people who’ve had COVID-19 of all the age groups.

Still, CDC Director Rochelle Walensky said it's vital for everyone, including children, to get vaccinated when they’re eligible, regardless of prior infection.

"Those who have detectable antibodies from prior infection, we still continue to encourage them to get vaccinated," Walensky said.